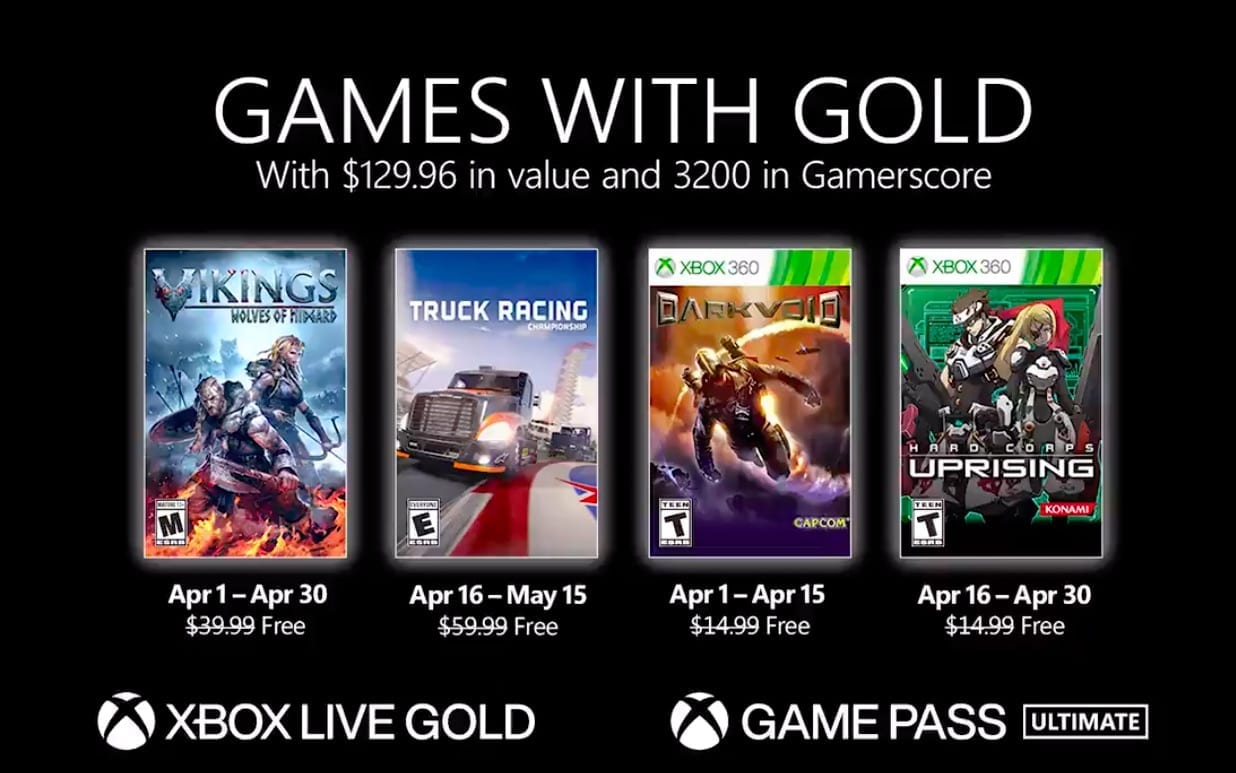 Xbox owners are outraged over April’s Games with Gold lineup and are taking to social media to vent their frustrations.

However, two of these games are Xbox 360 titles, while the most recent game on the list is from 2019. This has caused players on Twitter to protest, while claiming that the service is no longer worthwhile.

It’s worth mentioning that Games with Gold has yet to include any next-gen titles since the release of the Xbox Series X|S. This could be in part because Microsoft wants you to use Game Pass rather than just Xbox Live. While Game Pass doesn’t give you games to keep forever, it does provide players with newly released titles, as well as a host of classics from across the company’s history.

Fans have also been comparing Games with Gold to the likes of PlayStation Plus, which is set to give players Oddworld: Soulstorm this month.

Whether or not Games with Gold will improve remains to be seen. However, it’s more likely that Microsoft will begin to wind down the service, especially since most of its players will be taking advantage of Xbox Game Pass.

Microsoft is also rebranding Xbox Live as “Xbox Network”, so perhaps the service’s name change will come with some sort of overhaul. While that could mean that Games with Gold is retired, it could mean that it’s replaced with something more in line with the experience Game Pass provides.

Don’t forget you can find some of these great games and more through the new GameByte Shop! The GameByte Shop is stocked up with the latest games, merch and accessories. We might even have a new-gen console or two! Sign up to our newsletter to be notified of our console drops. Use code EASTER10 for a 10% discount, available until 23:59pm March 6th. Please note the GameByte Shop is available for UK customers only.