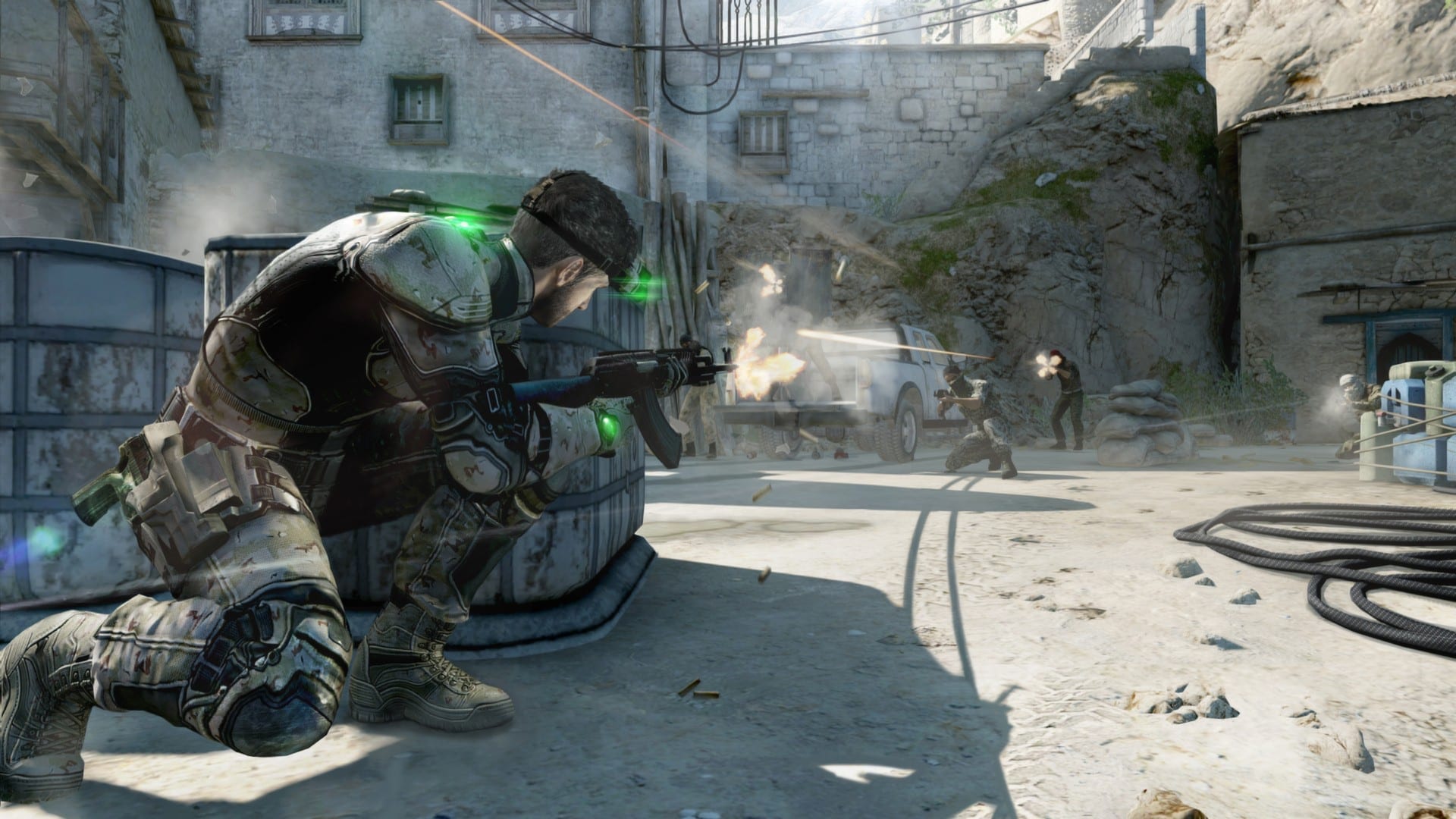 At the time of writing this article, it’s been eight years since Ubisoft gave us a new Splinter Cell game. The last time Sam Fisher had his own game was back in 2013 with Splinter Cell: Blacklist.

To put things into perspective, Splinter Cell: Blacklist released for the PS3 and Xbox 360, so it’s been two console generations since Ubisoft graced us with a game starring the special operative.

In fact, since Splinter Cell: Blacklist released in 2013, Sam Fisher has appeared in cameo roles in five Ubisoft titles, not directly related to the Splinter Cell series.

Sam Fisher has appeared in Ghost Recon: Wildlands and Breakpoint, Rainbow Six Siege, as an Easter egg in Far Cry: New Dawn and within the mobile game that seemingly no one cares for, Tom Clancy’s Elite Squad.

At this stage, it almost feels like Ubisoft is taunting Splinter Cell fans. Not only is Sam Fisher appearing in numerous Ubisoft titles other than Splinter Cell, despite fans calling for a new title for years, the noise is seemingly falling on deaf ears.

So why does it seem that Ubisoft has no desire to release a new Splinter Cell? In truth, we don’t know for sure.

One rumour is that Ubisoft is concerned that it’s been too long since we’ve had a new Splinter Cell game, and with fans so passionate about the series, the publisher could be concerned that it will fail to live up to expectations.

Perhaps that might be true, but over the years at least in terms of Metacritic scores, the Splinter Cell series has consistently scored highly and for the most part, has delivered top-quality games. In that respect, while it may be difficult to live up to series expectations, this is a series that has rarely been under-delivered, so Ubisoft would have earned a lot of the benefit of the doubt from fans.

The very first Splinter Cell which released in 2002 scored over an average of 90 on Metacritic with its sequels Pandora Tomorrow and Chaos Theory also scoring over 90 on the aggregate website.

While the following Splinter Cell titles that released after the original trilogy didn’t score into the 90s, they still consistently hovered within the 80s which is impressive whichever way you look at it.

As already mentioned, the last game in the series to release was Splinter Cell: Blacklist. A game that gave players more freedom than ever before on how they approach missions, you even had a secret base of operations called the Paladin, and Blacklist featured a gadget leveling up system was surprisingly in-depth.

Blacklist also catered to a wider audience which allowed players to either use the traditional stealth method or they could go into a mission all guns blazing. For me personally, I’ll always opt for stealth, especially in this series, but it was nice to have the choice.

This choice of approach may have put off some purist fans, but one element that perhaps caused more controversy most of all was the change of voice actor for Sam Fisher. No longer did we have the instantly recognisable and grizzly voice of Michael Ironside, but instead his replacement, Eric Johnson.

As much as I really enjoyed Splinter Cell: Blacklist, not having Michael Ironside as the voice of Sam Fisher still catches me off guard today. Don’t get me wrong, Eric Johnson did a great job in Blacklist, he’s just not Michael Ironside.

Now that we’re into a new console generation with the PS5 and Xbox Series X|S, it seems we’re no closer to getting a new Splinter Cell game.

Various Ubisoft job listings have suggested a VR Splinter Cell game is in the works, but a VR game will only be playable by those with the right equipment. Like many gamers, I don’t have a VR headset, and so just like with Vavle’s Half-Life: Alyx, I’d miss out. In my opinion, a VR Splinter Cell definitely isn’t the right move.

So Ubisoft, as we fans say each and every year (as well as every new console launch), let this be the generation that we finally get a new Splinter Cell game.

We miss this series greatly, as well as the voice of Michael Ironside, and perhaps more than anything else, the stealth genre also aches for the return of this beloved and iconic series. Maybe we’ll finally get an announcement at this year’s E3, but I wouldn’t hold your breath for anything other than a VR game.