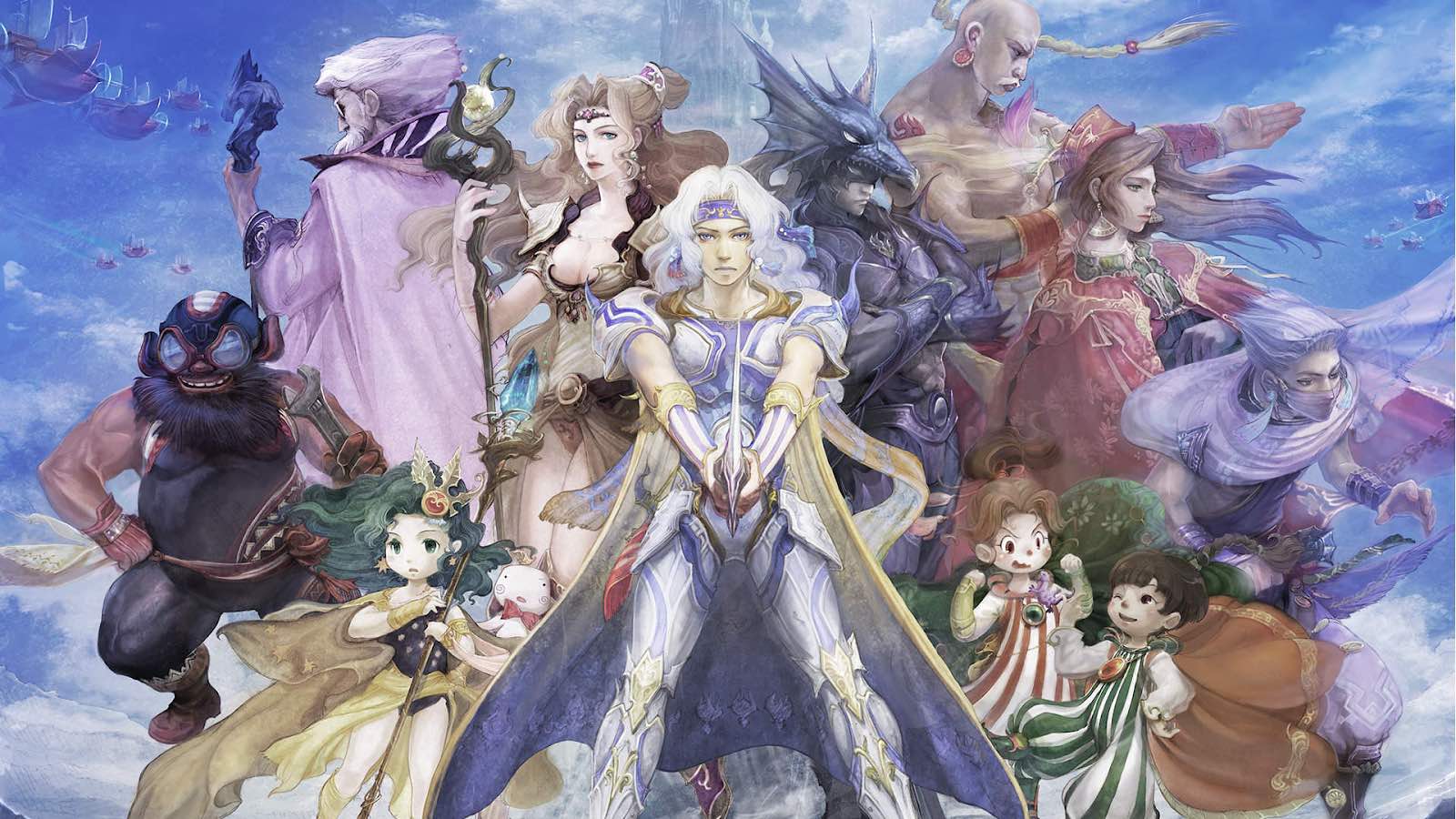 Final Fantasy 16 is officially on the way and lots of Square Enix fans are getting very excited.

However, for people who aren’t well-versed in the series, you might wonder if it’s safe to jump straight into something labelled as the sixteenth entry. Good news is, none of the numbered mainline Final Fantasy games follow on from each other. The direct sequels are normally labeled with their original number and a subheading, like Final Fantasy 10-2 or Final Fantasy 7: Crisis Core. So you can pick up any one of their mainline games without fear.

While there are pros and cons to every Final Fantasy game, there are some that are a little tricky to get to grips with. Whether it be convoluted stories, outdated game design or just being incredibly challenging, some of these games really shouldn’t be your first FF experience. I’ve put together some of my choices for perfect first entries into this critically acclaimed series.

The first three games in the series were groundbreaking for player choice and freedom to customise your party class line-up in as many ways as you can think of. On the other hand, in Final Fantasy 4, Square decided to strip back the player customisation, instead focusing on a tight linear narrative with room for well-written characters with clear specialities and story arcs.

The success of this choice can be felt throughout the entire series, where characters grow increasingly complex and the stories become close to cinematic adventures. This game just screams Star Wars, with sworn knightley brothers clashing, evil rulers taking over an empire with dark forces, along with our hero Cecil finding the true holy powers he had within him all along. They even have two supporting characters named after Biggs and Wedge. Do not take this as an insult by any means, as this epic blockbuster of a game gives the team the freedom to cram in all their favourite tropes and story concepts with distinct Final Fantasy flavouring.

While you may need to grind just a little, this game is on the easier side, and while the plot is large in scale it never becomes too self-indulgent or convoluted. It’s probably the most distilled of the original games. It has the high-fantasy setting, all the iconic job-classes as separate characters, along with a heavy focus on crystals that control the natural order of things (something that was revived in more recent games like 13 and 15).

If you want a taste of the origins of the series as we know it, then Final Fantasy 4 has you covered.

Not into 2D games? Well then maybe you should take a trip to the dystopian world of Midgar in Final Fantasy 7.

Here the planet is dying. The evil Shinra company has been sucking the electrical energy out of the life-stream of the planet itself, and you’re here to put a stop to it. Take the reigns of mercenary-for-hire Cloud Strife, hired by the eco-terrorist group Avalanche to start destroying Shinra facilities. As things quickly escalate the group find themselves travelling across the globe in order to save the entire world from destruction.

Final Fantasy 7 is often lauded as the pinnacle of the franchise, but even if you start here you might be forced to make another choice: which version do you choose?

The original may have blocky visuals, but if you can look past these 1997 cutscenes it’s got one of the most impactful stories in the series. Tackling themes of climate change, terrorism, capitalist greed and the loss of loved ones, Square really tried to make their first entrance into 3D hit like a truck in the emotional department.

Don’t get too attached to any supporting characters or you might go getting heartbroken in a game where they aren’t afraid to take risks and kill off many characters for good. If you don’t have an original PlayStation laying around then have no fear, it’s available on most consoles at this point with a never-ending supply of ports. You can even play the original with upscaled HD visuals on PC thanks to some talented modders.

Meanwhile, the 2020 remake was voted as the GameByte Community Game Of The Year, and is renowned for its revamped combat and gloriously cinematic visuals. Surely that would make this the obvious choice?

Well, one of the controversial aspects is the fact this is no shot-by-shot recreation, quickly deviating from the original plot of Final Fantasy 7 and leaving us all in the dark as to where part two is likely to end up.

Depending on whether you want the ‘true’ experience of this story, that could be a deal-breaker here, as at times it almost feels like you should have played the original first to fully understand what changes are happening to our intrepid party. Some major shake-ups have already dropped, and these could lead to a very different story from the original. Early appearances, changed fates and entirely new characters bring more questions than answers, even to veteran players.

However, this game is free right now if you have PlayStation Plus, so why not give it a go? If you were lucky enough to get yourself a PlayStation 5 though you’re in for even more features, as the new update Final Fantasy 7 Remake: Intergrade hits the store pretty soon too. It will come with new DLC story content along with a next-gen visual overhaul. Be careful though, if you redeem the free version you will have to pay for the PS5 upgraded content!

If you’re a fan of MMORPGs then Final Fantasy 14 is one of the best on the market. It didn’t get there without learning a lesson or two though. At launch, this may have been one of the worst Final Fantasy games to darken our doors. Luckily, after listening to the fans, Square Enix took the wise decision to actually destroy the entire planet as part of a huge in-game event.

Following this apocalypse, a new version of the game was made. Final Fantasy 14: A Realm Reborn has gone on to steal the hearts of over 24 million players, and counting! With loads of fun races and all the fan-favourite classes to play with, you can make some really original builds to explore this gorgeous world. Grab a friend or two and explore the wonderful world of Eorzea..

Many of the 3D Final Fantasy games have tried to modernise the series, whether it be the steampunk world of 7 or the strange mish-mash of modern-day and high fantasy that we saw in 15. This game managed to stand out to the fanbase for stripping the series back to its classic routes, going for a much more traditional style of a fantasy world.

But remember no naughty rule-breaking! Square Enix is starting to clamp down on players who are using real cash to affect in-game aspects. Play by the rules and Final Fantasy 14 is well worth dipping your toes into.

Final Fantasy 10 is probably the most accessible on all fronts. It’s easy to play, with amazing visuals and a surprisingly deep upgrade system that you are totally free to master or ignore.

FF 10 takes the romantic heart of Romeo and Juliet and frames it with the insane premise of a sports star being flung into a rustic religious future. Here he and his friends must unite to defeat literal Sin in physical form. If that all sounds a little too science-fantasy, don’t panic, you don’t need to worry about all the world-building details if you don’t want to. By not taking itself too seriously you can take in all the wonders the world of Spira has to offer, from the beautiful waters of Besaid to the futuristic city of Zanarkand.

Snappy turn-based combat aside, the game is built entirely on the back of its amazing characters and writing. While you’re given a smaller party than most of the games preceding it, this tight-knit band of pilgrims have so much room to grow and show off their personality. With big themes like religious duty, letting go of those who’ve passed on and fear of a machine arms race, the party presents a wide variety of points of view.