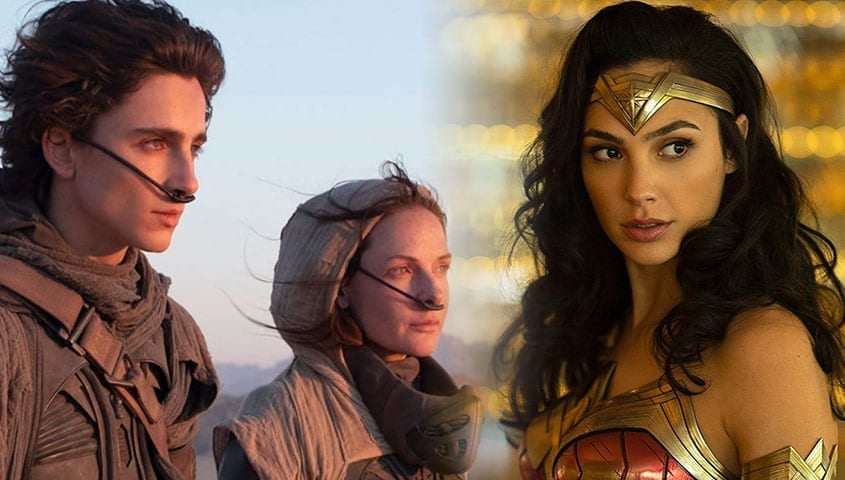 In quite an unprecedented move Warner Bros Pictures has announced that it will release its entire 2021 movie schedule on both the HBO Max streaming service and in cinemas simultaneously.

It will begin this month with Wonder Woman: 1984, which was supposed to release earlier in the year until it was delayed several times due to the COVID-19 pandemic.

Wonder Woman: 1984 will release in cinemas and the streaming service HBO Max in the US on December 25th.

While we don’t have details for the rest of the world, according to Variety, Wonder Woman: 1984 looks set to release via Sky Box Office in the UK.

As for 2021, this means that the entire cinema release schedule will launch in the comfort of your own home and in cinemas (at least if you’re in the US).

So what movies will release next year both via streaming services and at cinemas? Well there are 16 other big movies to look forward to, including:

While no one has a crystal ball (at least that I’m aware of) Warner Bros plans the 2021 release schedule to be a one-off and they hope that things will return back to normal by 2022, as I’m sure we all do.

It’s not clear how the unprecedented move will effect cinemas, and whether or not it could be a crushing blow to cinemas across the world.

In a statement provided by Variety, Chair and CEO of Warner Media Ann Sarnoff referred 2021 as a “unique one-year plan.”

“We’re living in unprecedented times which call for creative solutions, including this new initiative for the Warner Bros. Pictures Group,” said Sarnoff.

“No one wants films back on the big screen more than we do. We know new content is the lifeblood of theatrical exhibition, but we have to balance this with the reality that most theatres in the U.S. will likely operate at reduced capacity throughout 2021.

“With this unique one-year plan, we can support our partners in exhibition with a steady pipeline of world-class films, while also giving moviegoers who may not have access to theatres or aren’t quite ready to go back to the movies the chance to see our amazing 2021 films.”

Are you happy with the way in which Warner Bros is handling the 2021 movie release schedule by using streaming services? Let us know by reacting to our Emoji’s below.