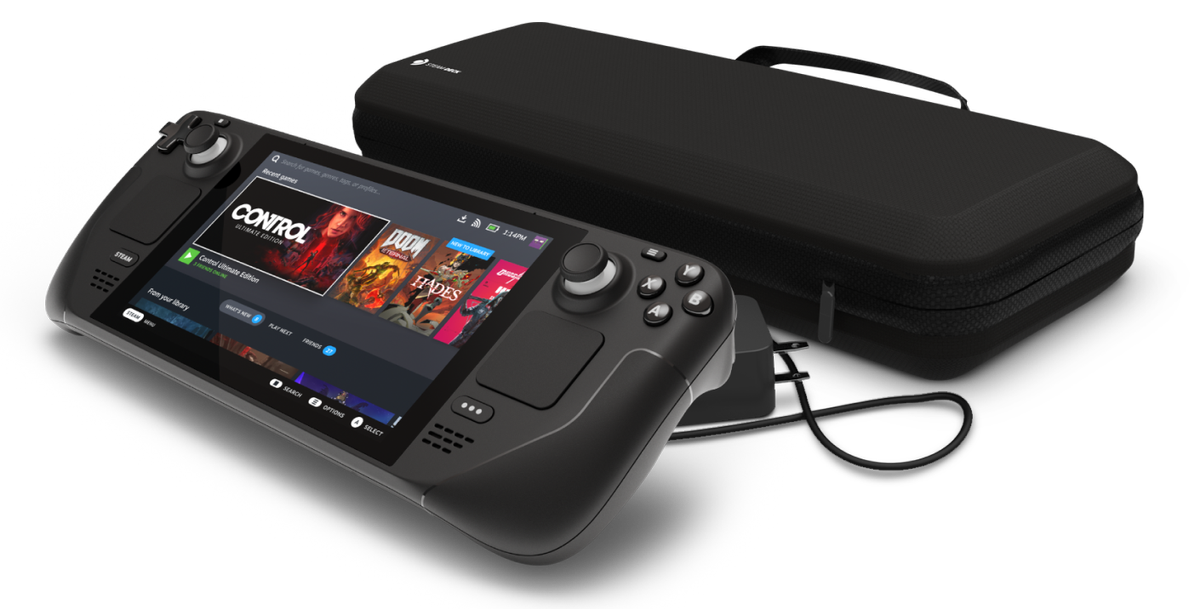 The expected availability for a new Steam Deck is becoming harder to pin down as Valve has moved from detailing a specific three-month period for a new reservation, to a far more nebulous metric. Now it just lists a starting point in the future after which you’ll eventually get your chance to bag a Deck.

We’re starting to see, in both the US and UK, the more affordable versions of the Steam Deck being given a vague ‘After Q2 2022’ listing, where once it was offering a clearly defined three month period across the board.

Now, that could easily still just mean Q3 2022—or July to September—but equally it could also mean Q4, next year, or simply a non-commital shrug.

On a more positive note, however, where once the premium 512GB SKU was listed with availability expected sometime in Q3 2022 that has been pulled in to now appear potentially up to three months earlier in Q2.

We think it’s likely the top-end Deck potentially shipping earlier than expected could well be down to Valve shuffling around the number of each version it creates. It’s an important, delicate balancing act when trying to figure how many of each model to produce, especially given the finite manufacturing capacity at its disposal.

Valve may have underestimated the demand for the 512GB Deck, which has now potentially been corrected with a better balance of base and high-end units in production.

That’s basically Valve shuffling its deck, if you’ll pardon the shameless pun, based on the manufacturing numbers it knows it has to play with. From here on, however, it’s possible that it doesn’t really know specifically when the AMD silicon from a second manufacturing run might be made available for the end user, or how many it will be able to lay hands on down the road.

We are still in the midst of a chip shortage, remember, and the foundry actually making the chips at the heart of the Steam Deck, TSMC, is also responsible for powering every console on the planet bar the Switch. As well as a bunch of Apple chips, and all AMD’s own CPUs and GPUs.

As a chip maker, it is well subscribed, to say the least, and Valve is going to have to get in line.

Maybe this is why we’re now getting the more vague, rather nebulous, ‘After Q2 2022’ notice as reservation stock starts to run dry, even in a mostly theoretical sense.

That doesn’t mean Valve cannot bump up its production numbers in the future. After Apple switched to TSMC’s N5 node, AMD ate up a chunk of that spare manufacturing capacity, and that may be partly distributed to its semi-custom partners too. Though I would expect both Sony and Microsoft to have a greater call on any extra capacity.

Valve is also going to have to balance how many of those $5 reservations will definitely translate into actual sales when their place in the queue comes up, however. I’ll wager a lot of people paid to get in line, and a number may have second thoughts when it comes to stumping up the rest of the cash.