UL has finally updated its 3DMark software suite with a dedicated CPU benchmark which it is referring to as ‘CPU Profile’. The new tests are designed to evaluate both single & multi-thread processor performance.

The CPU Profile has six tests, each of which uses a different number of threads. The benchmark starts by using all available threads. It then repeats using 16 threads, 8 threads, 4 threads, 2 threads, and ends with a single-threaded test. 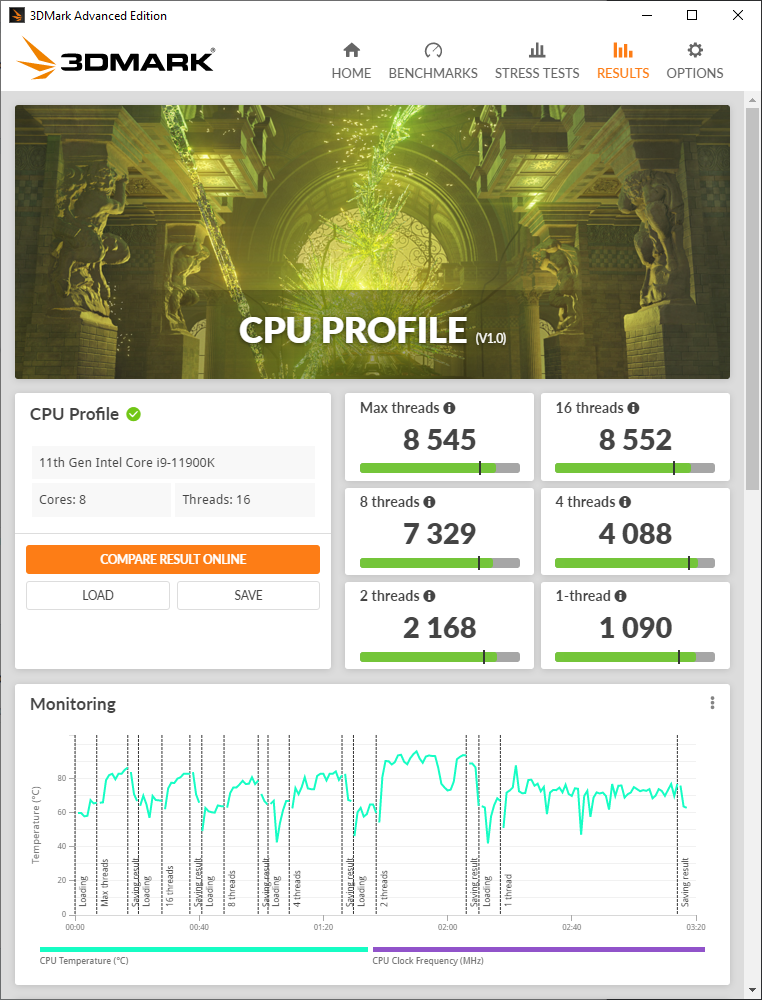 These six tests help you benchmark and compare CPU performance for a range of threading levels. They also provide a better way to compare different CPU models by looking at the results from thread levels they have in common.

The 3DMark CPU Profile shows you how your CPU scores compare with other results from the same processor. It’s a great way to check if your CPU is performing as expected.

The median score, shown by the marker, shows the performance level you should expect for your CPU. In most cases, the median represents performance with stock settings. If your score is below the median, it may indicate a problem with cooling or background processes. Check the hardware monitoring chart to see how the CPU temperature changed during the run.

The distance from the median marker to the end of the bar represents the overclocking potential of the CPU. For overclockers, the 3DMark CPU Profile gives you more ways to measure the effects of your overclocking and more ways to compete for the highest scores!

Please note that these features are powered by benchmark results from 3DMark users. These insights may be unavailable for some CPU models until enough results are submitted.

The 3DMark CPU Profile is available now as a free update. Download the latest version to get started. You can also check out the CPU rankings here.