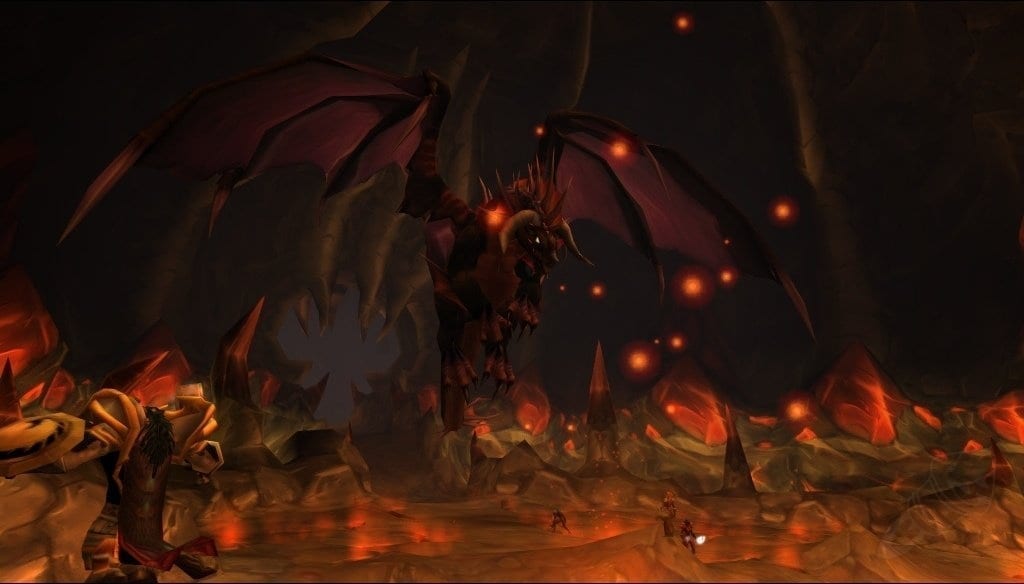 Two now-legendary World of Warcraft players have beaten a boss that was meant to be taken down by no less than 40 people [via PC Gamer].

The boss in question is legendary Raid boss, Onyxia. In the original incarnation of World of Warcraft, Onyxia was truly the story of legend. However, that’s not so much the case these days.

However, this new version of WoW has apparently made this legendary Raid boss battle perhaps easier than it used to be.

In recent times, we’ve seen cases of Onyxia being beaten by 32 players in just 54 seconds!  According to PC Gamer, Onyxia has also been beaten by a naked Raid group. How humiliating!

Though it wasn’t actually the players that were playing World of Warcraft Classic naked, it was their in-game characters, or at least I don’t think so anyway…

However, the latest humiliating defeat for the once-legendary Onyxia was at the hands of just two players, who beat this boss with 1.8 million hitpoints in just 57 minutes.

The two players in question are Gendisarray who controlled a Warrior and Shiftus as a Priest, and according to WoWHead, it might be the first time that Onyxia has been defeated by just two players.

I would imagine that it took a lot of strategy and practice for the two players to defeat Onyxia, but their dedication has certainly paid off!  You can watch the legendary boss fight below.

Will the developers at Activision Blizzard bring back the mojo to Onyxia to make her the imposing force she once was? Only time will tell.