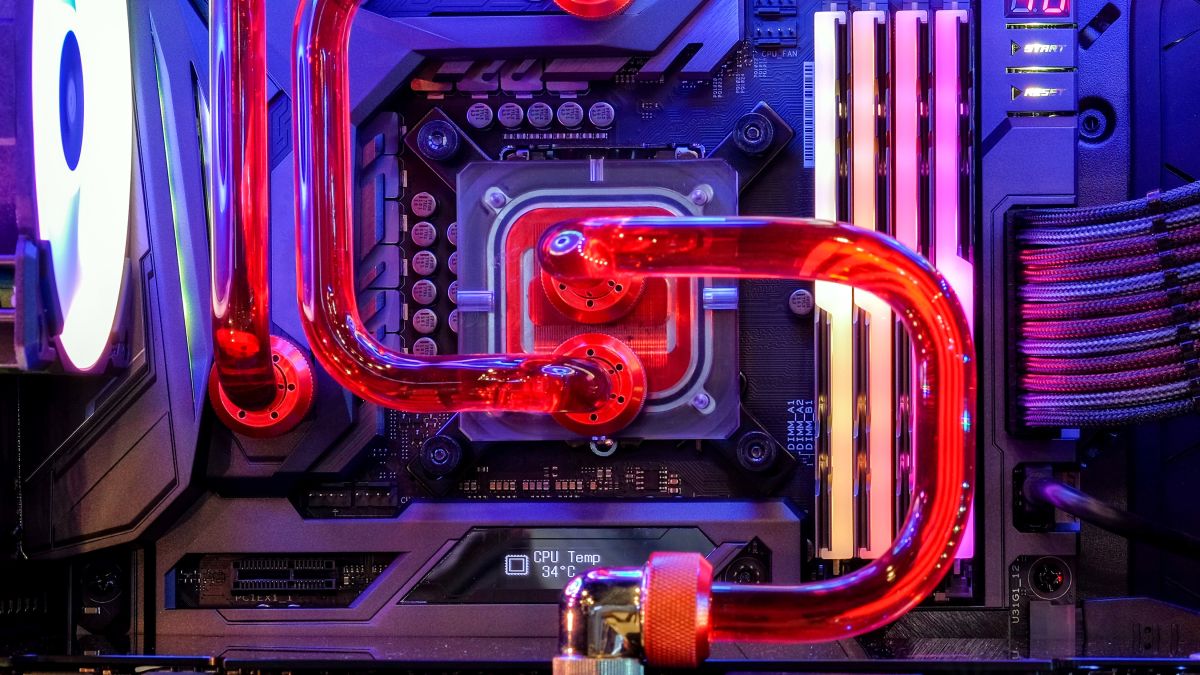 TSMC, at the VLSI symposium, recently presented its investigations into on-chip watercooling as a way to battle issues with heat dissipation. And it involves integrating water channels straight into the chip’s design.

As transistors get increasingly compressed together due to denser manufacturing technologies and added vertical 3D chip stacking, temperature becomes an increasingly critical problem to address. TSMC’s researchers think the solution is allowing water to flow in-between sandwiched circuits. It’s an incredibly simple theoretical solution, but is an extremely difficult engineering feat to pull off safely –for the electronics, that is.

The mathematics are simple: Current cooling solutions typically work via direct contact with a given chip’s heatspreader, direct die contact technologies, or full submersion in a non-conducting fluid. Of these, the first two solutions can only efficiently cool the layers they’re directly in contact with, which brings huge problems for vertical chip stacking. The lower layers will have much more trouble dissipating their heat, with of damage or having to throttle, either of which would be bad for performance.

Not only that, but the top layer of the chip will have added strain from having to essentially carry the entire package’s heat through to the dissipation layer. And liquid submersion, while efficient and likely better for stacked dies, is expensive and difficult to deploy in professional scenarios that are already geared for air or traditional water cooling.

TSMC carried out testing on a dummy semicondutor – a Thermal Test Vehicle (TTV), which is essentially a heating element made out of copper – in controlled lab conditions. The company tested three types of silicon water channel integration in controlled conditions: It used a pillar-based channel, where water could flow around active semiconductor pillars to cool them down (think of water around an island); a design which featured a trench design (think of a river, controlled by its shores); and a simple, flat water channel on top of the rest of the silicon chip. The water was passed through an external cooling mechanism that chilled the water down to 25 ºC from its journey through the silicon chips.

The company further tested three types of water cooling designs: one with only direct water cooling (DWC), where water has its own circulating channels etched directly into the chip’s silicon as part of the manufacturing process; another design with water channels being etched into their own silicon layer on top of the chip proper, with a Thermal Interface Material (TIM) layer of OX (Silicon Oxide Fusion) that carried heat from the chip to the watercooling layer; and lastly a design which swapped the OX layer for a simpler, cheaper liquid metal solution.

Of course, it will take years until such exotic cooling solutions are adopted in the mainstream. But this is definitely one of the ways forward to enable continued increases in transistor density, continued improvement in the all-important performance-per-area metric, and for future 3D semiconductors.