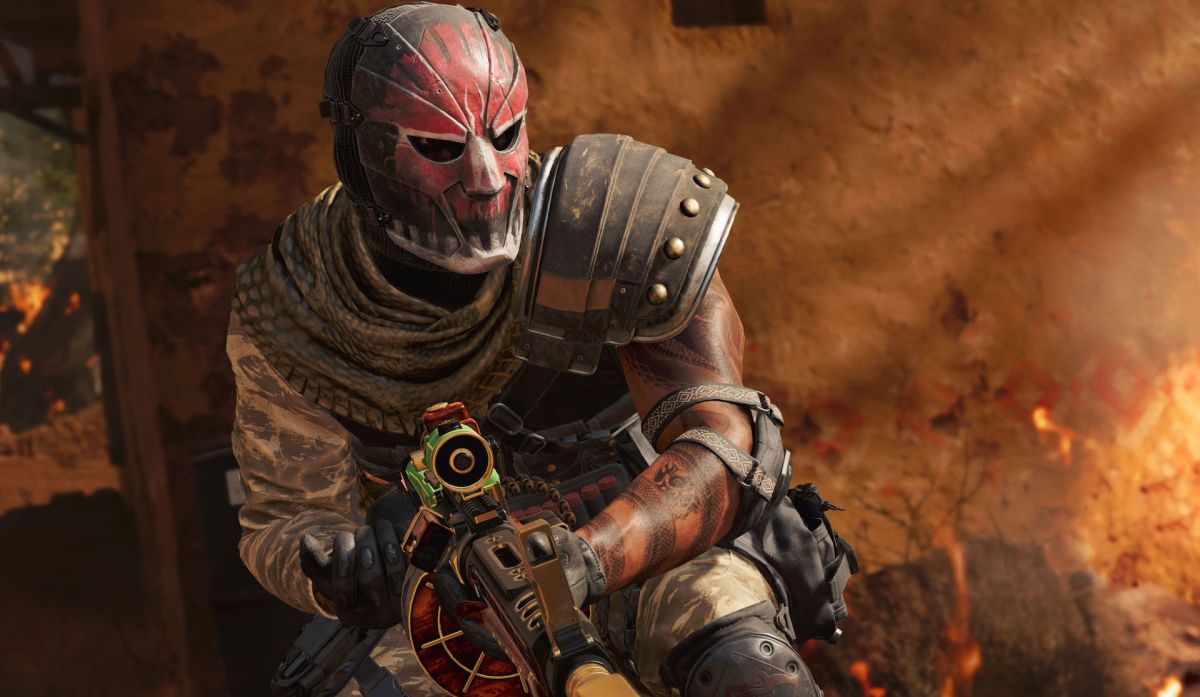 Looking for the best MG 82 warzone loadout? LMG fans rejoice. We finally have a brand new, classic-style LMG which feels as brutal and powerful as it should: The MG 82. The powerhouse arrived with the launch of Warzone Season 4 and it immediately appealed to players who love big guns with even bigger magazine capacities (me).

The MG 82 unlocks at rank 15 of the Season 4 battle pass, and you don’t even have to buy the premium version with real money—just a bit of grinding. It’s worth the hassle, too, especially if you’re using one of the best MG 82 loadouts in Warzone. Enjoy this gun while it lasts, though: A nerf is incoming.

This build is brutal. 9 shots with it is the absolute maximum number of bullets it takes to get a kill, even if you’re shooting an enemy’s toes from a thousand metres away. It’s a laser beam.

You’ll only be dealing with a bit of vertical recoil. I’m stacking attachments to make your recoil as tiny as possible, too, here—the Field Agent Grip and Task Force barrel both do a fantastic job of reducing your reliance on chance for hitting your shots, and boosting your bullet velocity with both your barrel and suppressor is a massive advantage when it comes to actually hitting those ranged shots. At this point, you’re basically using a hitscan gun.

Of course, with this loadout I’m completely dumping mobility in favour of accuracy and bullet velocity, so don’t be out there trying to run-and-gun with this thing. Instead, the MG 82 is best for hunkering down and gatekeeping the closing circle while you use an Overkill secondary like the LC10 or a close-range AK47 as a backup. That’s while also protecting yourself from behind with Proximity Mines and keeping an eye on non-ghosted baddies with a Heartbeat Sensor.

The final attachment on this long-ranged beast is pretty simple: The Axial Arms 3x optic is a really clean sight which does a great job of helping you pick those targets from further out. Get used to using the MG 82 in this capacity and you’ll be ruining everyone’s day.

No offence to the MG 82, but it’s heavy. If you tried the previous loadout and found the ADS speed just too slow, this is the setup to pick. I’m still making it accurate and potent at all ranges, but with more emphasis on mobility so it doesn’t feel like you’re Sisyphus pushing a boulder up an endless hill whenever you try to aim down sights.

First, I’ve switched out the Agency Suppressor for the standard Suppressor. It’ll slightly reduce your bullet velocity and recoil control, but the base MG 82 is already pretty solid with those stats anyway, so if you’re comfortable without that extra safety net, there’s definitely a mobility saving to be had there while gaining bonuses ADS speed.

This build also gets rid of the extra ammunition capacity of the 125 Rnd magazine in favour of a Rear Grip: The Airborne Elastic Wrap gives a big boost to your aim-down-sights speed. As long as you’re comfortable without those extra 25 bullets in the chamber, it’ll help you big time in mid-range fights.

Finally, the Bruiser Grip comes in ahead of the Field Agent Grip. Sure, you’ll lose out on a little bit of recoil control, but many players are able to just deal with it thanks to the MG 82’s vertical kick pattern. Instead, beef up your movement speed. The Bruiser Grip is an attachment that can really change the way you play, and that extra movement speed can mean you’re comfortable running a Ghost class with a pistol before you come across a nice SMG or sniper rifle to back it up.