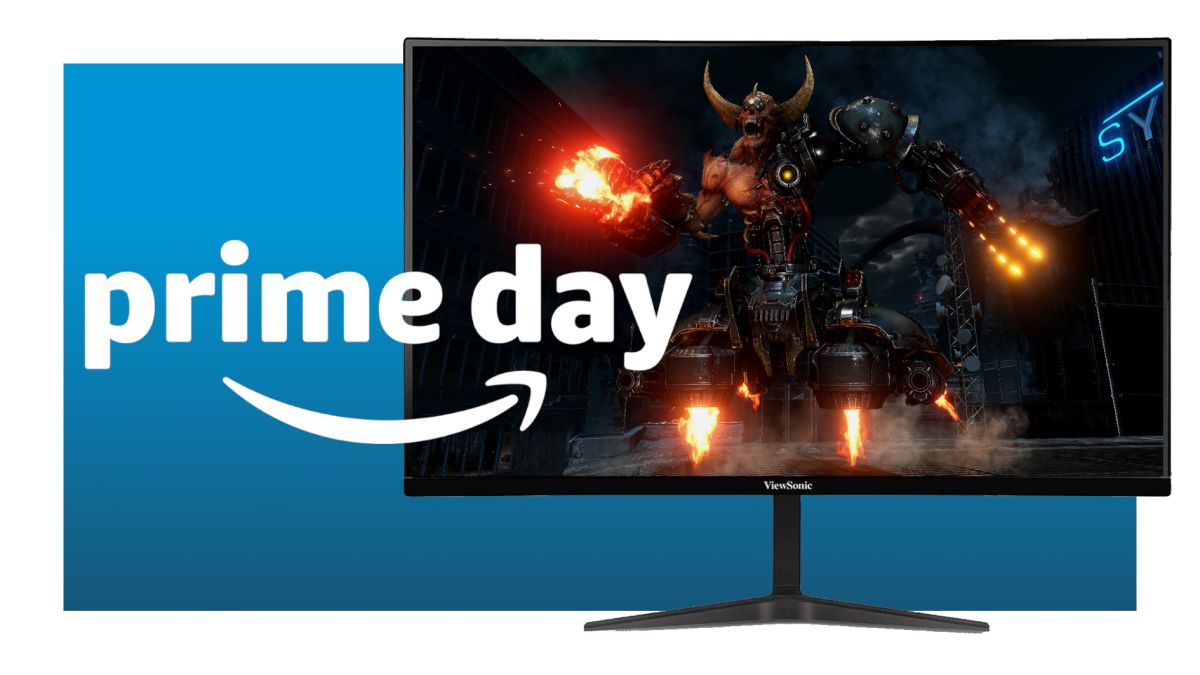 A gaming monitor is often one of the longer lasting investments a PC gamer can make. Graphics cards age quickly, or at least they give off that impression, and we all know storage fills up all too quickly. That’s why you want to choose wisely, and don’t overspend if you don’t have to.

Strangely enough, stock is even pretty good for gaming monitors right now. Plus the tech is great, and we’re getting towards a bit of an inflection point in connectivity where we’re finally going to get HDMI 2.1 monitors released into the wild. While that may be more immediately relevant to our console cousins, with their need for high 4K refresh rates and lack of DisplayPort sockets, it does mean that we can expect a raft of new screens coming our way late summer.

And that also means there should be a bit of an impetus to start trying to shift existing stock to make way for a bright new world of bright new gaming monitors. And that should mean deals.

Amazon itself is a great place to pick up a new panel, and we should see other retailers getting in on the act too. If you’re after a primer on the top screen tech our guide to the best gaming monitors should be another port of call for you in this first sales storm of the year.

Samsung Odyssey G5 | 34-inch | 165Hz | $419.99 at Amazon
The Samsung G5 isn’t quite as wide as either of the monitors above, but it’s still very wide. The lower pixel count makes it a little easier on your GPU but feels much more immersive than your standard 16:9 panel. The G5 retains all that other good stuff, too: FreeSync support, a 165Hz refresh rate, and a 1ms response time. View Deal

BenQ EW3280U | 32-inch | 4K | 60Hz | $569.99 at Amazon (save $230)
The BenQ EW3280U doesn’t quite have the speed of most gaming monitors today, but it has the fidelity required for superbly detailed gaming. A steady 60fps at 4K is the best you’re going to get with a good few of today’s GPUs, regardless, so perhaps its refresh rate won’t bothersome. It’s also an IPS panel, for top color reproduction, and it just dropped another $40 compared to earlier today.View Deal

Acer Predator XB273K | 27-inch | 4K | 144Hz | $549 at Amazon (save $100.99)
The Acer Predator XB273K is one of the best 4K gaming monitors money can buy. It’s one of the few 4K display with a high refresh rate of 144Hz, and comes with a ton of game settings. If you have a high-end build with a top-of-the-line GPU, the Predator is the gold standard. Its only downfall is that, at 27-inches, it’s a little too small to show the desktop without scaling. For gaming, though, it’s ace.View Deal

ViewSonic XG3220 | 32-inch | 4K | 60Hz | VA | $399.99 at Amazon (save $110)
The ViewSonic offers a solid all-round 4K experience. It doesn’t quite have the vibrance of an IPS panel, but there’s still a lot to love here, such as a 5ms response time, HDR10 support, and FreeSync. If you’re just breaking into 4K gaming with a new graphics card, the ViewSonic is a good way to go about it without breaking budget.View Deal

Acer Nitro XZ270 | 27 inch| 240Hz | 1080p | $249.99 at Amazon (save $80)
Another rapid gaming monitor for fast-paced competitive titles and speed freaks. The Acer Nitro is only a 1080p monitor, which puts it a little at a loss to the Samsung Odyssey G7, but it comes in at half the price. Not bad if you only really have a need for speed and don’t give two hoots about much else. It also comes with a 1ms response time, a VA panel, and Adaptive-Sync support for FreeSync.View Deal

ViewSonic Elite XG270Q | 27-inch | 1440p | 165Hz | IPS | $335.99 at Amazon (save $149)
This is a monitor we’ve used on team plenty in the past. Perhaps its most standout feature is the stunning IPS panel, which makes games look gorgeous, but there’s more to it than just that. It’s super swift at 165Hz, and a 1ms response time ensures the image stays crisp even at high frame rates. It’s not quite the deal the LG above is, but if you prefer a mix of colour, vibrance, and speed, this is a good pick.View Deal

Acer K242HYL | 23.8-inch | 75Hz | 1080p | FreeSync | $129.99 at Amazon (save $10)
This Acer gaming monitor offers slight advantage over your run-of-the-mill 1080p panel. It’s not the fastest by any means, but 75Hz is a notable improvement over the standard 60Hz refresh rate, and FreeSync support helps keep your gaming PC and monitor ticking over in tandem. At this price, it’s a decent buy on a budget, although you will have to put up with a basic stand.View Deal

Samsung T350 Series | 24-inch | 75Hz | 1080p | FreeSync | $109.99 at Best Buy (save $40)
Chasing a secondary monitor for your home set-up, but don’t want to pay through the nose? Or maybe you just need to replace that rubbish 1080p TN screen you’ve been putting up with for years. This Samsung IPS screen has a 75Hz refresh, which genuinely feels slicker than the standard 60Hz and comes with AMD’s frame-syncing tech supported out of the box.View Deal

Hisense A6G Series | 50-inch | 4K | Android TV | $359.99 at Best Buy (save $20)
So it’s not the most amazing ‘deal’ exactly, but this is a 50-inch UltraHD smart TV for just $350. That’s a great price in anyone’s language and Android TV is getting better all the time. At 60Hz it’s not the most perfect TV for PC gaming but it will still offer a hell of a lot of big screen HDR real estate.View Deal

Samsung Class 6 Series | 70-inch | 4K | Tizen | $699.99 at Best Buy (save $50)
If it’s all about screen size to you, then this massive Samsung TV is going to be attention grabbing for sure. In gaming terms, you are restricted to a 60Hz refresh rate, but it does include a game mode to reduce latency. The Tizen smart TV software is a bit funky, but when you’re playing on your 70-inch screen you’ll likely forget all about that…View Deal