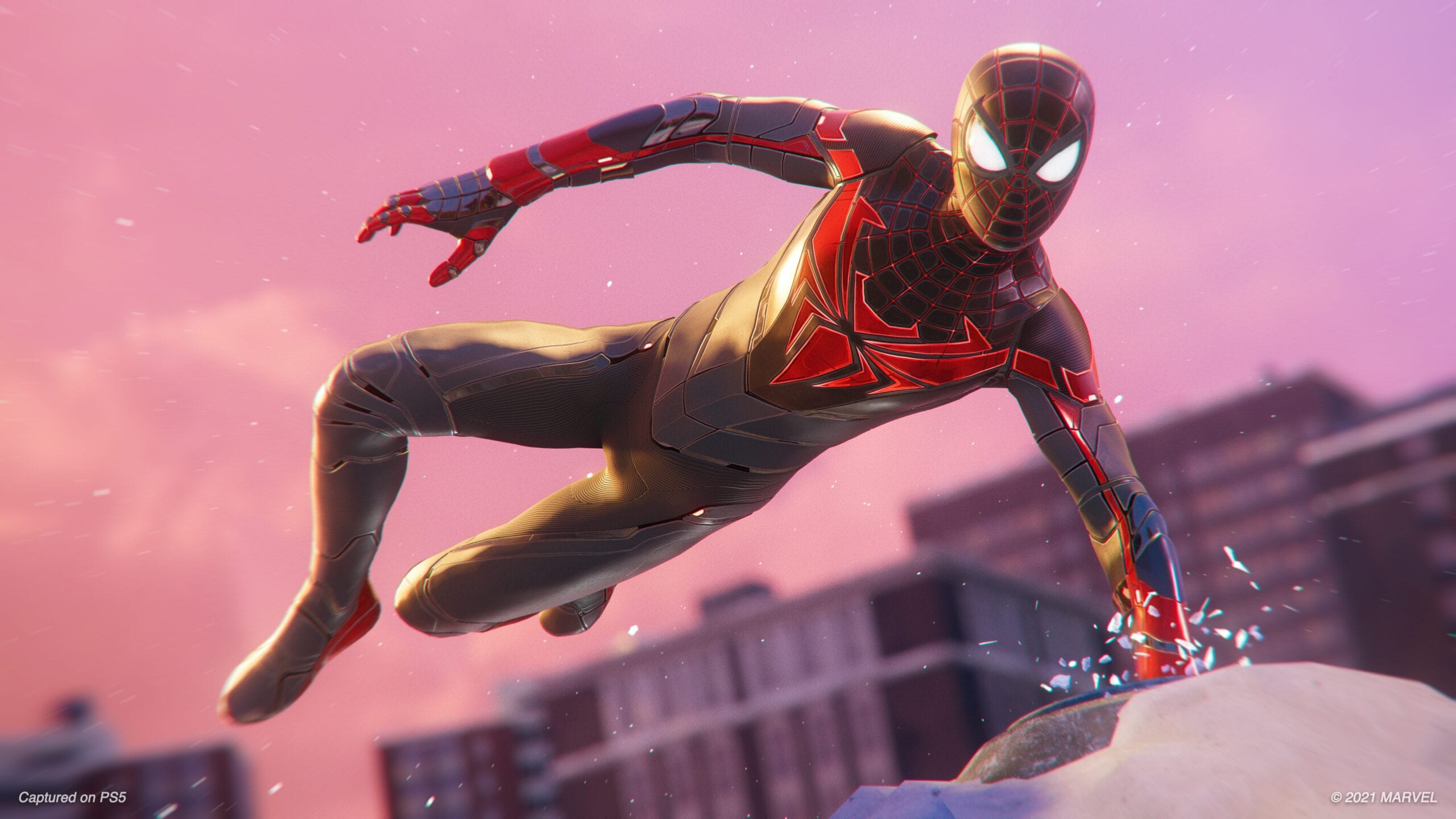 The latest update for Marvel’s Spider-Man: Miles Morales has added a brand new suit and even given the teen superhero “realistic muscle deformation.”

The update adds the Advanced Tech Suit for Miles Morales and it looks awesome, as revealed by developer Insomniac Games on Twitter.

As stated in the tweet above, both PlayStation 4 and PlayStation 5 owners will be able to web-sling through the streets of New York in the snazzy Advanced Tech Suit.

However, the “muscle deformation” is only available on the new-gen console.  What this essentially means is that Miles Morales will perhaps look a little more toned when donning the Spidey suit.

“We’ve fully simulated the entire character from the inside-out, using techniques previously only available in film. Every deformation that you see on the surface of the costume is the result of muscle and cloth simulation,” said DiCarlo in a tweet.

Recently at the UK’s BAFTA Game Awards, Marvel’s Spider-Man: Miles was the winner of the Music BAFTA Award, which was well earned in my opinion.

“Our spidey-sense is tingling! Winner of the Music BAFTA is… Marvel’s Spider-Man: Miles Morales,” revealed the BAFTA Games Twitter account.

Have you played Marvel’s Spider-Man: Miles Morales yet? If not, you can pick it up right now from the GameByte Shop for PlayStation 5!

Are you going to be checking out the new Advanced Tech Suit in Marvel’s Spider-Man: Miles Morales?  Let us know across our social media channels.