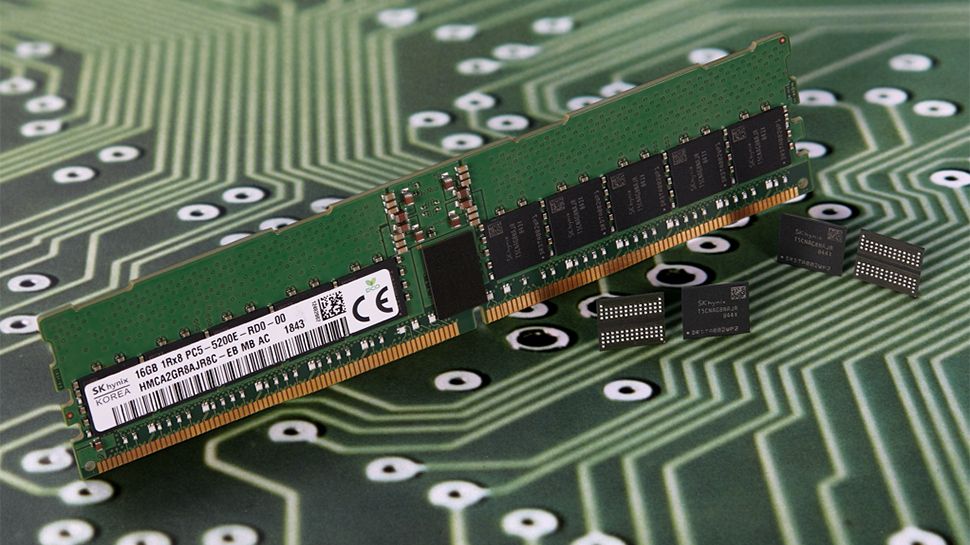 
SK Hynix has announced plans to kick off volume production of DDR5 memory in the coming months. Commercial DDR5 components made by SK Hynix will likely arrive to the market along with Intel’s Alder Lake platform, due to be launched late this year. In addition, the company will start to make 176-layer 3D/4D NAND flash memory in the second half of the year.

Just like other makers of DRAM, SK Hynix demonstrated its first DDR5 chips and modules back in 2019. Yet, mass production which will commence in the second half of the year, is notably different from engineering samples. By now, SK Hynix has supplied samples of its DDR5 ICs and sticks to interested customers that are validating them with their platforms and upcoming CPUs. These chips will be mass produced in the second half of the year to meet demand from PC makers that will use Intel’s Alder Lake processors. In the first half of 2022 DDR5 chips will be used for servers powered by Intel’s Sapphire Rapids CPUs.

“The company disclosed that it would begin supplying its 1anm DRAMs, which are mass-produced via EUV) equipment, and mass production of DDR5 DRAM within the second half of this year,” a statement by SK Hynix reads.

SK Hynix said that it had started volume production of LPDDR4-4266 using its 1a nm fabrication technology that uses extreme ultraviolet (EUV) lithography earlier this month. The company indicated that the new production tools increase its wafer productivity by 25% (when compared to the previous 1znm node), whereas its new LPDDR4 chips consume 20% less power vs. similar previous-generation products.

Starting from early next year, SK Hynix’s 1a will also be used to make DDR5 memory, which will replace SK Hynix’s 1st generation DDR5 products in the future as EUV provides substantial benefits to more complex DDR5 ICs both in terms of power and performance, but perhaps more importantly in terms of die size.

In addition to initiating volume manufacturing of DDR5 in the second half of the year, SK Hynix will also start to mass production of its 176-layer 4D NAND (3D NAND with logic under memory arrays) in the coming months.

The company has already started sampling 512Gb 176-layer chips with makers of SSD controllers, so expect drives based on the new type of 3D NAND memory sometimes in 2022. Meanwhile, initial applications to use novel types of 3D NAND are always inexpensive retail storage solutions, such as USB flash drives and memory cards.