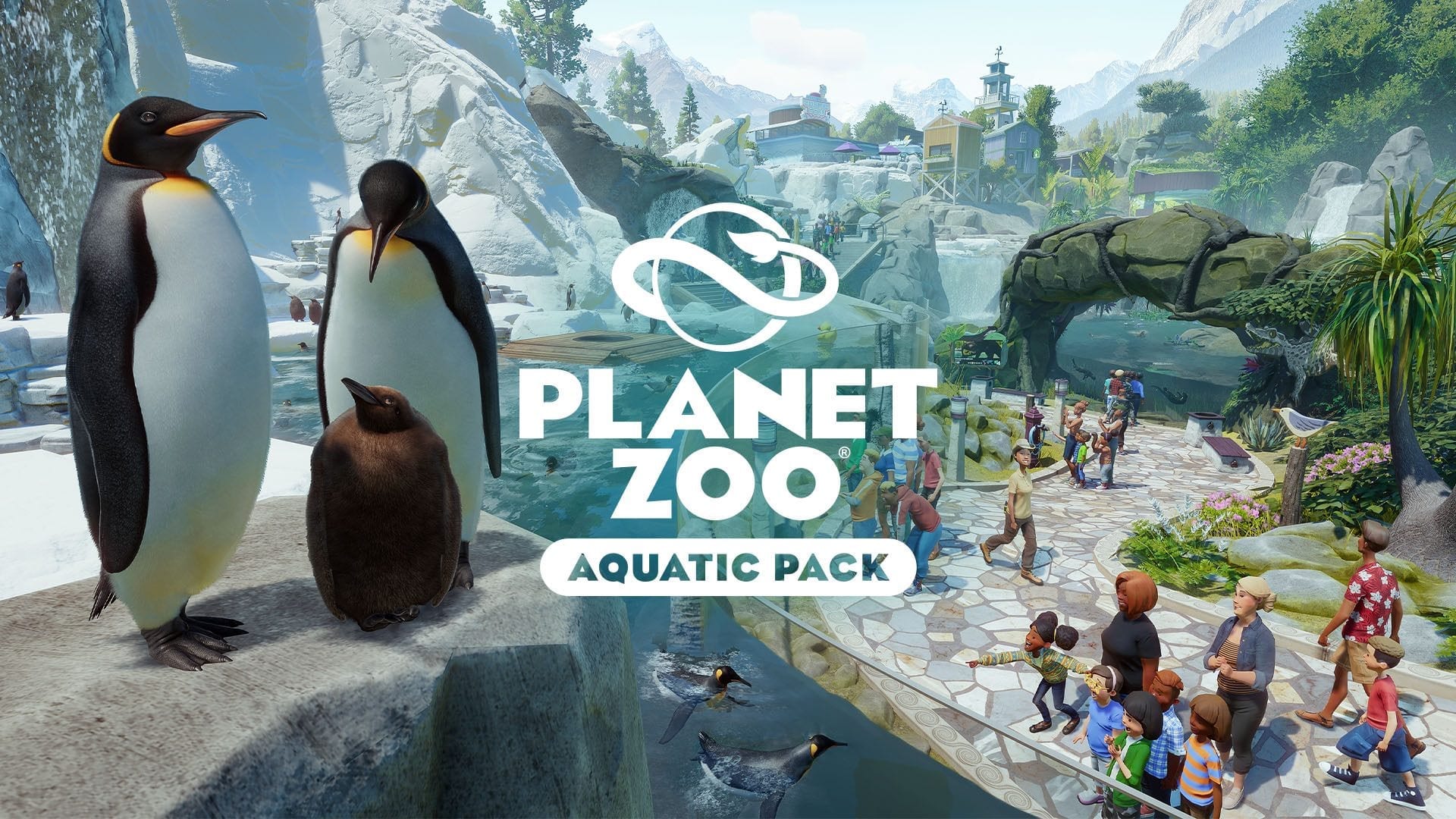 Let’s face it – we all need a bit of a break sometimes, and that’s exactly what Planet Zoo has offered its many players. Creating and managing your own zoo, tending to your animals and keeping your visitors happy is a chaotic, exciting and rewarding juggling act that we can’t get enough of, and Planet Zoo is now bigger than ever thanks to the new Aquatic Pack!

Since the release of the base game back in 2019, Frontier has been expanding the experience with new packs to make the game bigger and better than ever, and this time around we’re welcoming a host of aquatic creatures to our zoos. If you’re looking to upgrade your park with Planet Zoo’s new Aquatic Pack then here’s a breakdown of all the animals you can expect to see!

The second-largest species of penguin, the king penguin has waddled into Planet Zoo as one of the community’s most-requested animals! These distinctive creatures are dwarfed in height by the emperor penguin, but don’t underestimate them.

King penguins have been known to dive up to 300 meters while foraging for their meals. Their favourite snacks include squid, krill and lanternfish. Keep them well-fed in your zoo and keep a close eye on them – though they live in colonies and are highly social creatures, king penguins are known to pick fights with one another!

Another animal that players have been crying out for, the giant otter is a very welcome addition to Planet Zoo. The giant otter definitely lives up to its name, with some reaching the mammoth length of 1.7 metres!

Found across north-central South America, these river mammals are generally pretty peaceful, though they have been known to squabble when in larger groups. Keep them fed with small fish to make sure they’re otter-ly content in your zoo!

If the other water creatures haven’t seal-ed the deal, then the grey seal is sure to delight. These playful giants can reach a whopping 680lbs in weight and they adapt very well to zoo life.

Grey seals are the ones you’ve most likely seen in a zoo yourself, and they’re the born performers we’d once have seen in circus shows. No zoo is complete without a family of grey seals, and these cheeky characters are sure to be a hit in your park! Keep them fed with fish and watch the crowds pour in to watch their antics!

Primarily found in the northern and central areas of South America, the Cuvier’s dwarf caiman is a crocodilian which is part of the alligator family. Males can reach up to 1.6 meters in length, though the females are considerably smaller.

In case you missed the teeth on these creatures, they can be a dangerous addition to your zoo, but they’re sure to impress – and terrify – your park visitors! The Cuvier’s dwarf caiman spends time in hanging vegetation and burrows, so keep your habitat green and lush to keep them happy!

Finally we have the Diamondback terrapin, a turtle named after the distinctive diamond pattern found on its shell. While they can live in freshwater habitats, they tend to favour the saltiness of the ocean, so make sure your enclosure is suited to their needs.

Diamondback terrapins are pretty peaceful creatures, but they can nip when threatened. While they lack the energy and silliness of the grey seal, the relaxed nature of the Diamondback terrapin means they’re sure to appeal to your zoo visitors!

It’s not just five new aquatic species that you’ll find in Planet Zoo’s Aquatic Pack, but lots of items to decorate your zoo as well! The Aquatic Pack introduces more than 170 build items to bring out your creative flair, including new flora and fauna to create the perfect habitats for your friends!

Build the most diverse and exciting enclosures ever, and design your perfect exhibitions to wow your guests. With some of the most beautiful new items we’ve seen in Planet Zoo so far, you won’t want to miss adding the Aquatic Pack to your game!

Dive into the Planet Zoo Aquatic Pack on Tuesday 8th December. Pick up the pack on Steam now by following the link here!

Part of a paid partnership between Frontier Developments and GameByte.