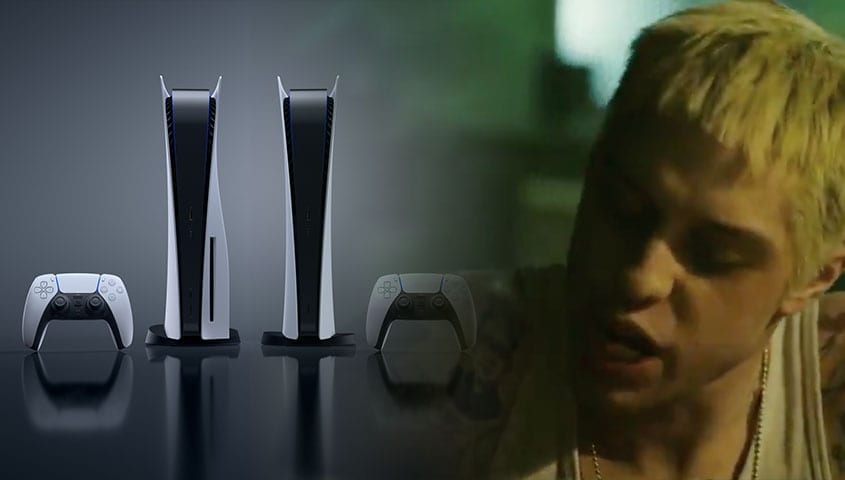 Since the PS5 began to launch last month the constant shortages leading up to Christmas have been no joke. Unless, of course, you happen to be American comedian Pete Davidson on Saturday Night Live.

Over the weekend, iconic US show Saturday Night Live was hosted by Jason Bateman (Ozark, Arrested Development and Juno) however it was guest Pete Davidson that stole the show – by combining rapper Eminem and the PS5 shortages.

The tune “Stan” from Eminem featuring Dido released in 2000 and quickly became one of the rapper’s most-famous tracks.

However on Saturday Night Live, Pete Davidson did an awesome parody of Stan with “Stu”.  In this parody, rather than an angry Stan writing a crazed fan letter to Eminem, we get a crazed Stu writing an angry letter to Santa.

The parody has spread like wildfire across the internet, and was even shared by Eminem himself, with the words “You f***** up, Stu”.

Other than the funny performances and an excellent play on words, the highlight of the parody pokes fun at the PS5 shortages and – spoiler alert – despite Stu’s best attempts, he doesn’t get his PS5 from Santa.

However at the very end of the trailer, famed rapper Eminem makes an appearance and I’m sure to Stu’s dismay, Eminem gets a PS5 from Santa without even asking!

In the hilarious video we also had guest appearances from Bowen Yang as Elton John on the piano and Kate McKinnon spooning a PlayStation 5 in bed. Check it out below.

Like many of you, I have not been able to acquire a PS5, and that’s likely to continue into the New Year. However at least we can laugh at fantastic videos such as the ones that aired on Saturday Night Live over the weekend!

Did you appreciate the PS5 parody video from Pete Davidson and Saturday Night Live? Let us know by reacting to our Emoji’s below.