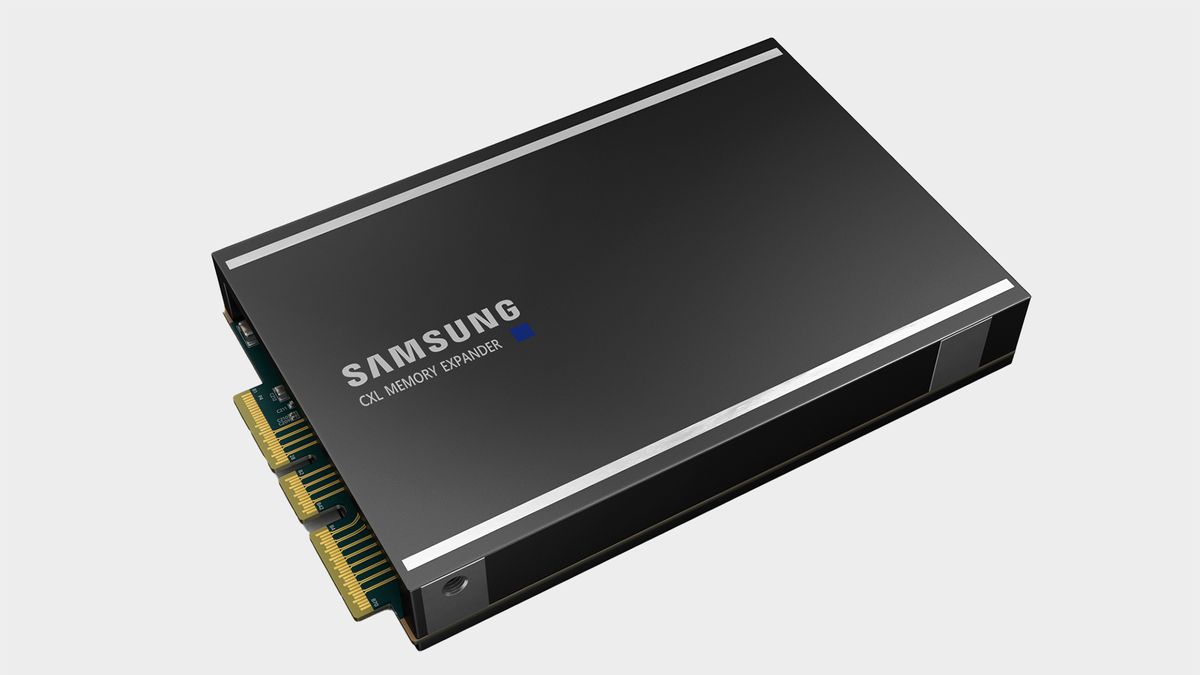 
System memory by the terabyte. That’s what Samsung is bringing to the table with its brand new CXL Memory Expander. Blending DDR5 and Compute Express Link, an interconnect built on the foundations of PCIe 5.0, this device offers a taste of what could be in store for the gaming PC of tomorrow.

Compute Express Link is a new interconnect standard with support from all over the tech industry, including Intel, ARM Nvidia, Arm, Micron, Samsung, Seagate, Sony, WD, SK Hynix, Microsoft… I could go on for a while. Most major tech firms, including those most involved in PC gaming, are going in on CXL.

It’s effectively a way for devices to share and access resources over a fast and wide memory interconnect, which improves performance and efficiency. It’s built using the underlying technology to be introduced with PCIe 5.0, although CXL goes a little further across three main protocols: IO, cache, and memory. All of which helps the components of a heterogenous computer system talk to one another and share large pools of memory from devices, such as this Samsung CXL Memory Expander.

Samsung’s CXL-based module is destined for the datacentre, as over-the-top memory devices often are. Samsung’s also bringing extra controller and software technologies to the module that allow it to act as a system’s primary memory pool.

Intel’s Dr. Debendra Das Sharma said in Samsung’s press release that “CXL memory is expected to expand the use of memory to a new level,” and that Intel intends to help develop a more robust ecosystem around the tech.”

AMD is also in on memory bandwidth, as a priority. “Memory research is a critical piece to unlocking this performance, and we are excited to work with Samsung to deliver advanced interconnect technology to our data center customers,” said Dan McNamara at AMD.

While the humble gaming PC has far less use for a terabyte or more of memory, that doesn’t necessarily preclude a more dramatic shake-up in the memory department on PC. Gaming consoles, and to some extent PCs, are beginning to wake up to the bandwidth conundrum. I/O plays a big role in the architectures of both the PlayStation 5 and Xbox Series X, and it won’t be long until we get a taste for more expansive bandwidth and more effective memory use on PC, too.

Perhaps a 1TB DDR5 drive is a little out of the question, or more accurately over budget, for most PC gamers, but DDR5 and PCIe 5.0 will be arriving on PC later this year with Intel Alder Lake. Many DDR5 memory kits are already in production today, too—not long to wait now.