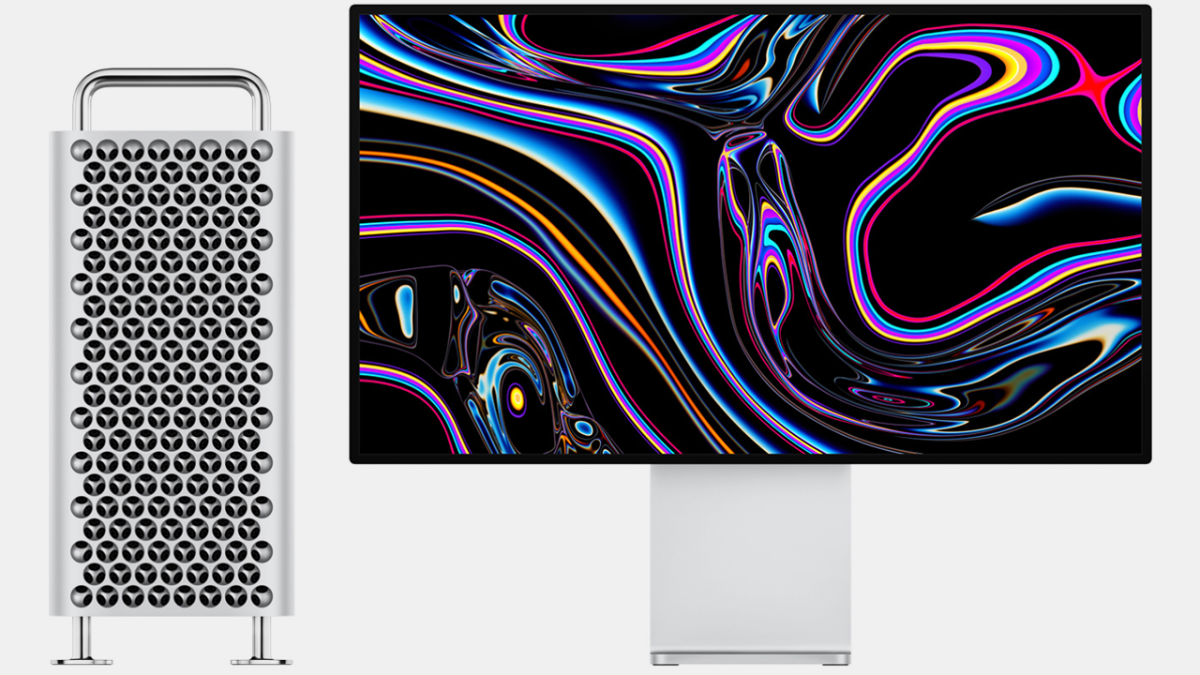 
YuuKi_AnS (via MacRumors), a hardware blogger with access to rare and unreleased server hardware as well as a good track record, has indicated that Apple may use Intel’s Xeon W-3300-series ‘Ice Lake-SP’ CPUs for its next-generation Apple Mac Pro. He is not alone with this information.

It turns out that we now have claims from three sources indicating that Apple’s upcoming high-end desktop workstation will use Intel’s Xeon ‘Ice Lake-SP’ instead of its own SoC or SoCs. These are still unofficial sources, so take the information with a grain of salt.

Apple has introduced a line-up of impressive entry-level desktop and notebook computers based on its M1 system-on-chip for PCs. Higher-end machines powered by Apple Silicon SoCs are expected to hit the marker later this year. Yet, it looks like the company is not yet ready with its own SoC to power its top-of-the-range Mac Pro workstation and the next-generation system is rumored to use Intel’s Xeon W-3300-series ‘Ice Lake-SP’ CPU.

Intel yet has to formally introduce its Xeon W-3300-series CPUs, but from unofficial reports we expect the top-of-the-range model to feature up to 38 cores running at up to 4.0 GHz with around 57MB of cache. Performance wise, these processors will offer tangible benefits when compared to Xeon W CPUs based on the Cascade Lake microarchitecture that power Apple’s existing Mac Pro machines launched in 2019.

But performance and core count alone might not be the only reason why Apple opted to use Intel’s Xeon W-3300-series processors instead of its own SoCs. Intel’s architecture offers performance, scalability, and flexibility, a combination particularly important for workstations. For example, Apple customers requiring acceleration of ProRes and ProRes RAW processing can get the company’s Afterburner FPGA-based accelerator. By contrast, those who need acceleration of 3D graphics can get a high-end custom AMD Radeon Pro with up to two GPUs. There are also easy and cost-effective ways to increase memory capacity (all the way to terabytes per socket in case of Ice Lake-SP) and storage capacity of Intel-based Mac Pros to address unique needs of certain customers.

While Apple’s SoC approach enables great performance at low power, it is unclear how good it is for workstations and how scalable, flexible (and cost-effective), and expandable the platform is.

Not Everything Is Clear

Very early this year Bloomberg reported that Apple would update its Mac Pro with another Intel chip, but did not elaborate. The report also said that Apple was working on a smaller version of its Mac Pro running its own silicon, though it was unclear whether the ‘big’ and the ‘small’ versions will co-exist, or the latter will replace the former somewhere along the line.

Back in early June a software developer discovered that Apple’s Xcode 13 beta (the company’s integrated development environment for macOS and other platforms) contained support for Intel’s Ice Lake-SP processors. Hardware support in the Xcode means that Apple is strongly considering using it and has appropriate devices in its lab. It is not a guarantee that Apple will indeed proceed with a commercial product though.

At this point it is hard to tell anything about Apple’s plans concerning its desktop workstations. Intel’s architecture has loads of advantages for workstations that are hard to ignore. At the same time, replacing entry-level Mac Pros with a homegrown SoC is a good way to cut costs and see how well Apple Silicon-based systems work in professional workflows.