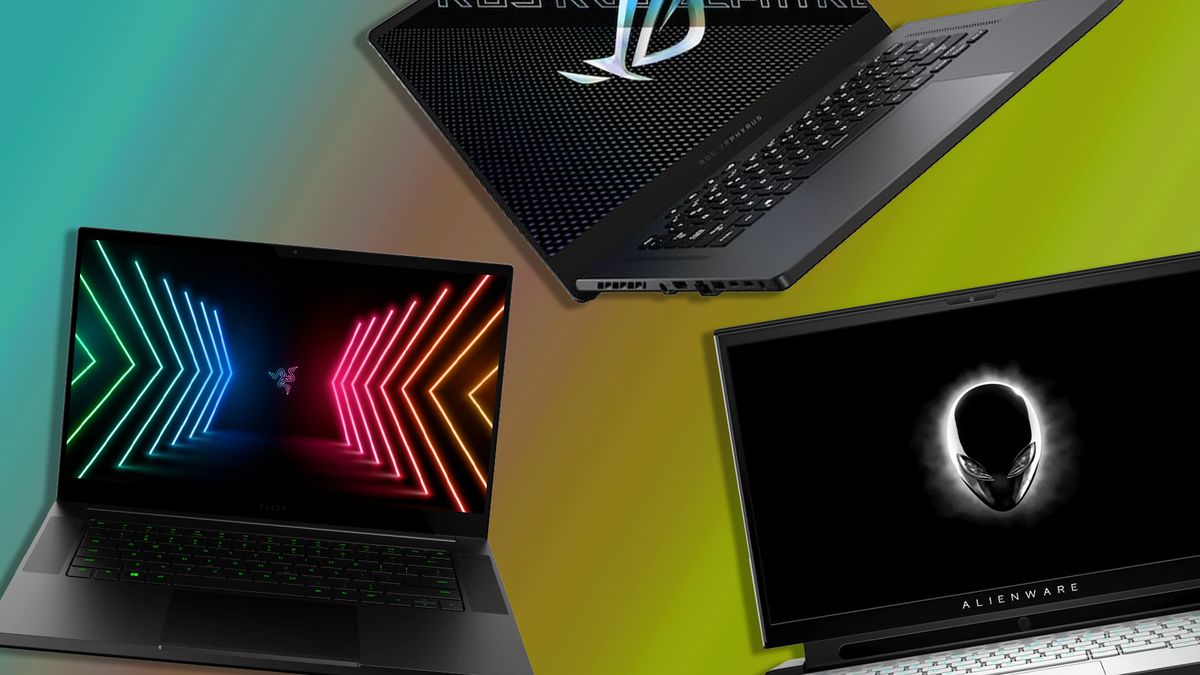 However, as with buying RTX 3080 graphics cards for your desktop or gaming desktops with RTX 3080 inside, it’s not always easy to find systems in stock with the mobile version. That’s why we’re rounding up all the major-brand RTX 3080 laptops you can buy (in the U.S. anyway) below, along with links to where you can buy them.

We have not tested all of these laptops so we can’t vouch for their overall performance, their screen quality, build quality or other features. However, with the massive stock shortages we’re seeing, sometimes your best choice is the one you can find in stock.

For a complete list of the top models we have tested and recommend, regardless of their current stock situation (and including GPUs from AMD), see our best gaming laptops page.

Note that stocks, prices and ship times change rapidly so we can’t guarantee that something we’ve listed here will be in stock by the time you read this or that it will be exactly the price we saw it at. However, we will be updating this article on a regular basis.

If you’re partial to AMD and want its top-end graphics chip, the Radeon RX 6800M, you should check out the Asus ROG Strix G15 Advantage Edition.

Dell / Alienware offers RTX 3080 GPUs as an option on four different systems: the Alienware m15 R4 and the Alienware m17 R4, along with the Alienware X15 and Alienware X17.  At press time, the m17 R4 was not available on Dell.com with the RTX 3080 option though it has offered it in the past, which is a shame because that model has a speedy 150-watt TGP (total graphics power) for its 3080. All models on Dell.com appear to be in stock with ship dates of about a month from now.

You can also get this same configuration @ Amazon for $3,302, but it claims to ship within a week to Prime users.View Deal

Alienware X17 (Core i7, 4K 120Hz): $3,263 @ Dell
If you don’t mind a slightly heavier device, this 6 to 7-pound system should offer you fantastic performance. It has a 16GB RTX 3080 card where the 15-inch Alienware laptops have the 8GB model and it sports a high-refresh-rate 4K screen that’s a blinding 500 nits bright. However, at this price, you only get a 512GB SSD so you’ll want to pay extra for more storage.

Razer offers a really wide variety of RTX 3080-powered gaming laptops, with sizes ranging from 14 to 17 inches. On Razer’s site, you’ll find no less than 11 different SKUs with RTX 3080 inside. However, as of this writing, only five are in stock on Razer.com. These include the Razer Blade 14 with a Ryzen 9 5900HX CPU and QHD screen and the Razer Blade 15 Advanced with a 4K OLED screen and Core i9-11900H CPU. These are our favorite configs:

It weighs just 3.9 pounds too, but consider that this isn’t the highest-performing RTX 3080. The maximum graphics power is just 100W (where larger systems go up to 150W) and  the boost clock is 1,365 MHz.  You can also find this configuration at Best Buy or at Amazon for the same price.View Deal

You can get this config for the same price @Razer.
View Deal

Asus makes a slew of gaming laptops under both its Republic and Gamers (ROG) and TUF Gaming lines. However, if you’re looking for an RTX 3080 laptop from Asus, you’re most likely to find it in the form of either the ROG Strix Scar or ROG Zephyrus models.

Available in 15 and 17-inch sizes, the Strix Scar is designed to target competitive gamers or anyone who values a high refresh rate most of all. The Scar 15, for example, is available with a 300 Hz panel. The thinner and more attractive Zephyrus is no slouch either, sporting a 165 Hz panel.

MSI has a huge lineup of RTX 3080 laptops, including entries in its Leopard, Stealth and Raider lines. Opt for the Stealth line if you want something thinner and lighter or  the Leopard if you want something a little bit less expensive. Whatever you choose, you’ll find lots of great features such as high-speed USB ports and Wi-Fi 6E connectivity.

Acer’s lineup of available RTX 3080 laptops is fairly slim. You can opt for the Predator Helios 300 and its speedy, 240 Hz display or the Nitro 5 and its QHD screen.

We reviewed the Acer Nitro 5 with an RTX 3070 GPU and Ryzen 7 5800H CPU and liked its wide viewing angles and accurate audio. However, we didn’t love its looks.View Deal

Gigabyte has a couple of different RTX 3080 laptops. The Aorus 15 and 17 are designed for gamers, with the 15P specifically offering a higher GPU boost clock and more video RAM than most RTX 3080 implementations. The Aero has a more subtle design, but packs in a 4K AMOLED display.

We reviewed the Aorus 15P and praised its strong performance and relatively light weight. However, we found that the display was a bit dull and the webcam placement was poor.View Deal