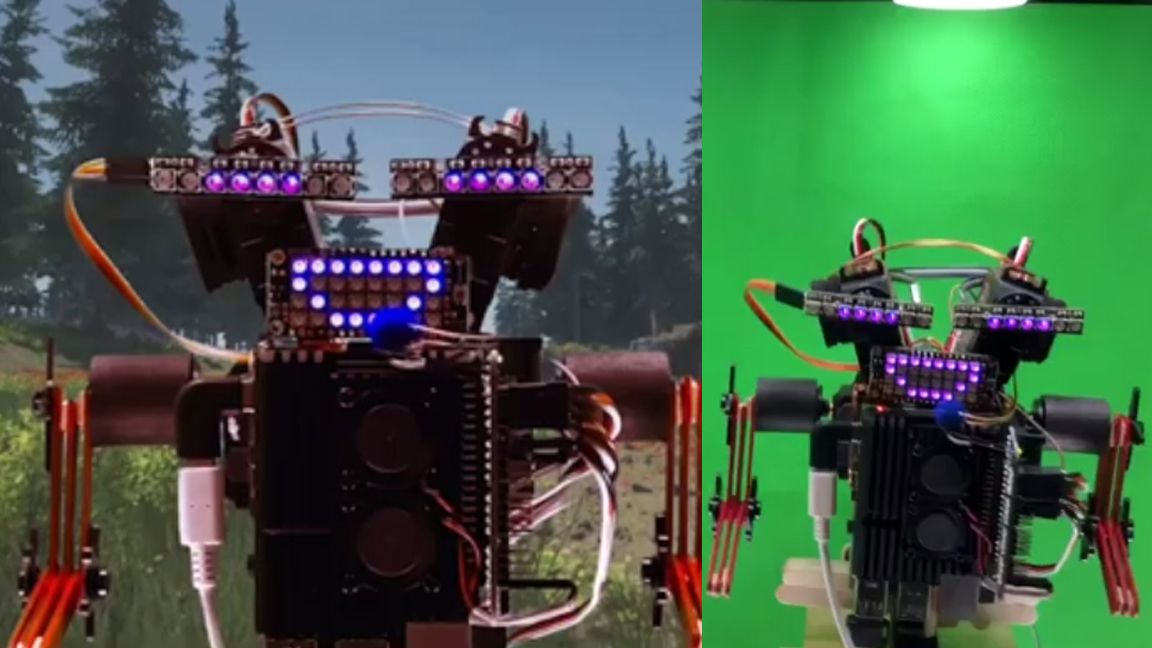 One maker’s Raspberry Pi is another maker’s fun robotic co-host. Chris from HotSparkLab is all about streaming cool games like Star Citizen but it turns out his stream was missing something—a custom Raspberry Pi-powered counterpart to help liven up the show!

This custom robot co-host is named Hot Spark and he very easily steals the spotlight. The best Raspberry Pi projects are ones you can share and Hot Spark is ready to chat, sing and dance for viewers on live stream.

According to Chris, the creation is powered by a Raspberry Pi 4 and it uses multiple servos, via a control board, to animate the eyes and arms as well as pivot the body back and forth. The mouth and eyes are represented via RGB LED matrix boards that appear to be WS2812B “NeoPixels” connected to servos.

He’s programmed to perform animations, respond to questions and even recognize when new followers come along. To integrate him into the stream, a stationary Raspberry Pi HQ camera is used to record the bot in front of a green screen. This makes it easier to drop him into place while live streaming.

If you want to see Hot Spark in action, check out this thread on Reddit for a quick song and be sure to follow HotSparkLab on Twitch to catch him live.