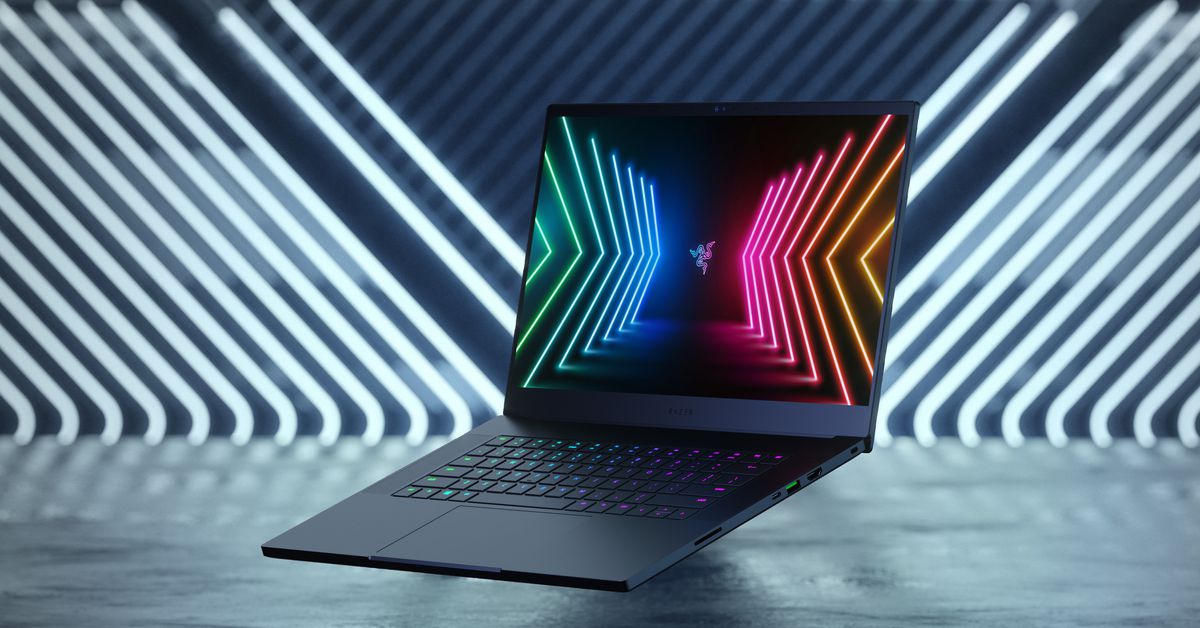 Razer has just announced new versions of its Blade 15 workhorse gaming laptop, complete with some of the biggest changes to the lineup in some time.

Like many other laptops announced today, the new Blade 15 Advanced features Intel’s 11th Gen H-series processors and Nvidia’s RTX 30-series graphics chips, with up to a Core i9 11900H (2.5GHz base clock, 4.9GHz boost clock), an RTX 3080 GPU with 16GB of video memory (Razer declined to share the total graphics power ahead of publishing), and a 4K touchscreen.

The most welcome improvement might be the new fingerprint-resistant coating making its way to all of these new models. I can’t imagine that it’ll eliminate fingerprints altogether, but this should address one of the biggest annoyances with the prior models. The Windows Hello webcam is getting bumped up to 1080p resolution (from 720p), and Razer claims the trackpads have improved palm rejection.

For the new design, Razer managed to shave off a little more than a millimeter from the thickness of the Blade 15 Advanced, coming in at 15.8mm thick. Razer claims that it’s the smallest 15-inch gaming laptop with RTX graphics and is 17 percent smaller by dimensions compared to the MSI GS66 Stealth. This size reduction applies only to the starting model that has the RTX 3060, though. Thinner might sound more appealing, but it isn’t usually better for gaming performance. Nvidia allows OEMs like Razer to choose the wattage and clock speed of the GPU based on their laptop designs, and generally speaking, the thinner the laptop is, the worse it can be running games compared to thicker laptops that typically allow for bigger cooling systems.

The higher-specced options are thicker than this 15.8mm model, but that’s roughly the same thickness as the previous generation. The width and depth of these machines debuting today are also unchanged from the previous gen at 355 and 235mm (13.98 and 9.25 inches), respectively.

The selection of ports across the Advanced lineup is similar but not exactly the same as the models released earlier in 2021. The most notable exceptions are the two new Thunderbolt 4 ports. In addition, you’ll find an UHS-III SD card reader, two USB-A 3.2 Gen 2 ports, a headphone jack, and an HDMI 2.1 port. Aside from that, all new Blade 15 models support Wi-Fi 6E, Bluetooth 5.2, 20V charging via USB-C.

All of the Advanced models also support upgradeable storage and RAM. The starting model has only one M.2 slot because of its thin design, but all other new models have an additional M.2 slot for a total of up to 4TB of storage supported.

Spending more will get you a better screen, processor, and GPU. Below you can see the specs of each option, as well as the most recent version of the prior Blade 15 Advanced.

All of these new Blade 15 Advanced machines will be available for preorder starting Monday, May 17th from Razer. They’ll go on sale and ship sometime in June.

Correction: Razer’s original press release and website incorrectly listed battery capacities. The thinnest Blade 15 Advanced has a 65Wh battery, while the thicker models have a 80Wh battery. This story has been updated with the correct battery information.