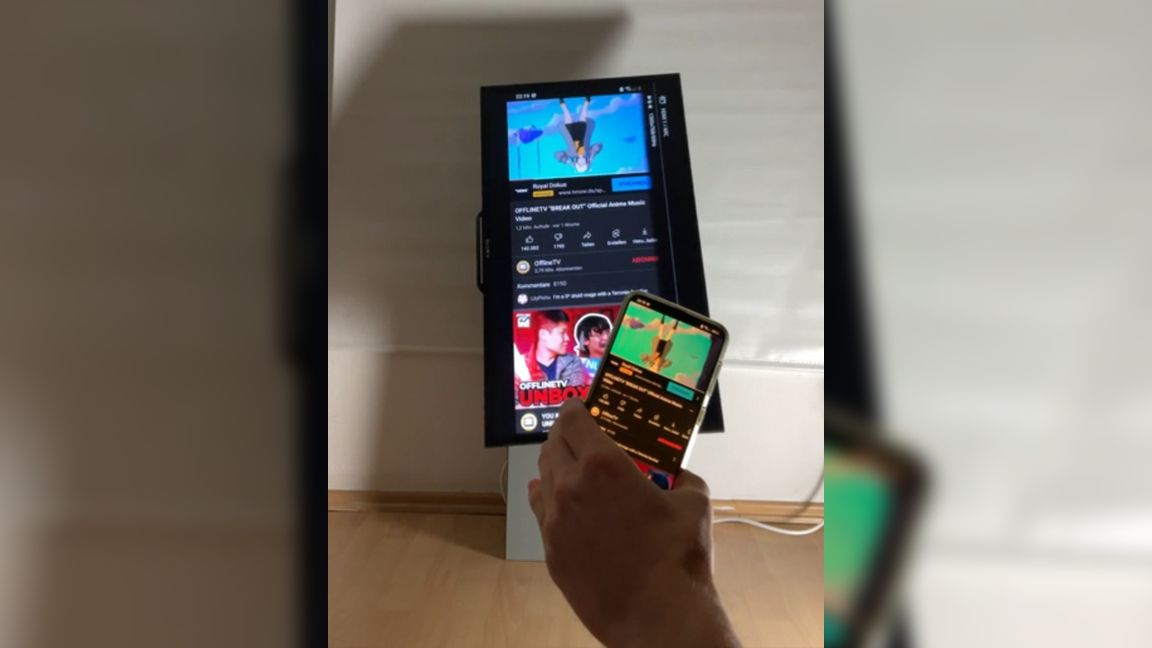 This project, created by Reddit user Su77ungr, puts a spin on traditional displays in the most literal sense possible. Using a Raspberry Pi, he’s managed to create a rotating screen that operates just like the Samsung Sero TV.

If you’ve never seen a Sero in action, you’ll now that it works by synchronizing with a smartphone to both display what’s on the screen and rotate to match the orientation of the phone. In this project, a Raspberry Pi 4 is used to cast an Android screen and send a signal to rotate the monitor.

A YouTube video is available showing the build process. We spotted an L298D motor controller connected between the Raspberry Pi and a T150 USB steering wheel. According to Su77ungr, no steering wheels were harmed in the making of this project, just disassembled for the hardware inside. At full speed, it’s capable of spinning a 32-inch monitor.

To stream the Android display, Su77ungr is using a fork of the Scrcpy repository designed to provide screen mirror support over TCP/IP to, in this case, the Raspberry Pi. Check out Scrcpy at GitHub to see what it’s capable of, users can also use it with Linux, MacOS and Windows.

To get a closer look at this project and see a demo run, check out Su77ungr’s official YouTube channel and be sure to follow him for more cool projects.