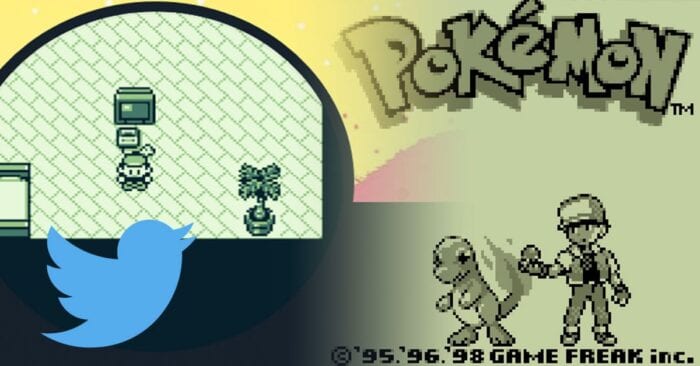 As of right now you can Pokémon Red through a profile picture on Twitter. Sound outrageous? Yep you’re right, as this is definitely the most baffling gaming story of 2021 so far.

Gameloft Montreal programmer Constantin Liétard has created a script that allows Twitter users to control the avatar in Pokémon Red, a game which was released for the original Game Boy in 1996.

It’s kind of like an interactive Twitch Let’s Play stream, only instead of issuing commands via the live Twitch chat, players give commands by replying to a tweet.

“You can now play Pokémon Red in my avatar!” said Liétard in a tweet.

To direct the in-game avatar featured in Pokémon Red, players must simply: “Comment one of those buttons on this tweet: Up, Down, Left, Right, A, B, Start, Select.”

It’s certainly an amazing concept to see a Pokémon game can be played via a Twitter profile picture, with commands being issued by users.

In case you’re wondering, Squirtle has been selected as the starter Pokémon and with the comments increasing in its thousands, at the time of writing Squirtle has evolved into Wartortle nicknamed “AMAYBE”.

This story has certainly put a smile on my face for today!

Have you checked out the Twitter post and issued instructions of your own? Let us know across our social media channels.

In related Pokémon news, this week a giant Gengar plush went live via Japanese retailer Premium Bandai, and it has a 170cm long tongue which you can use as a bed! We don’t just want one, we need one!