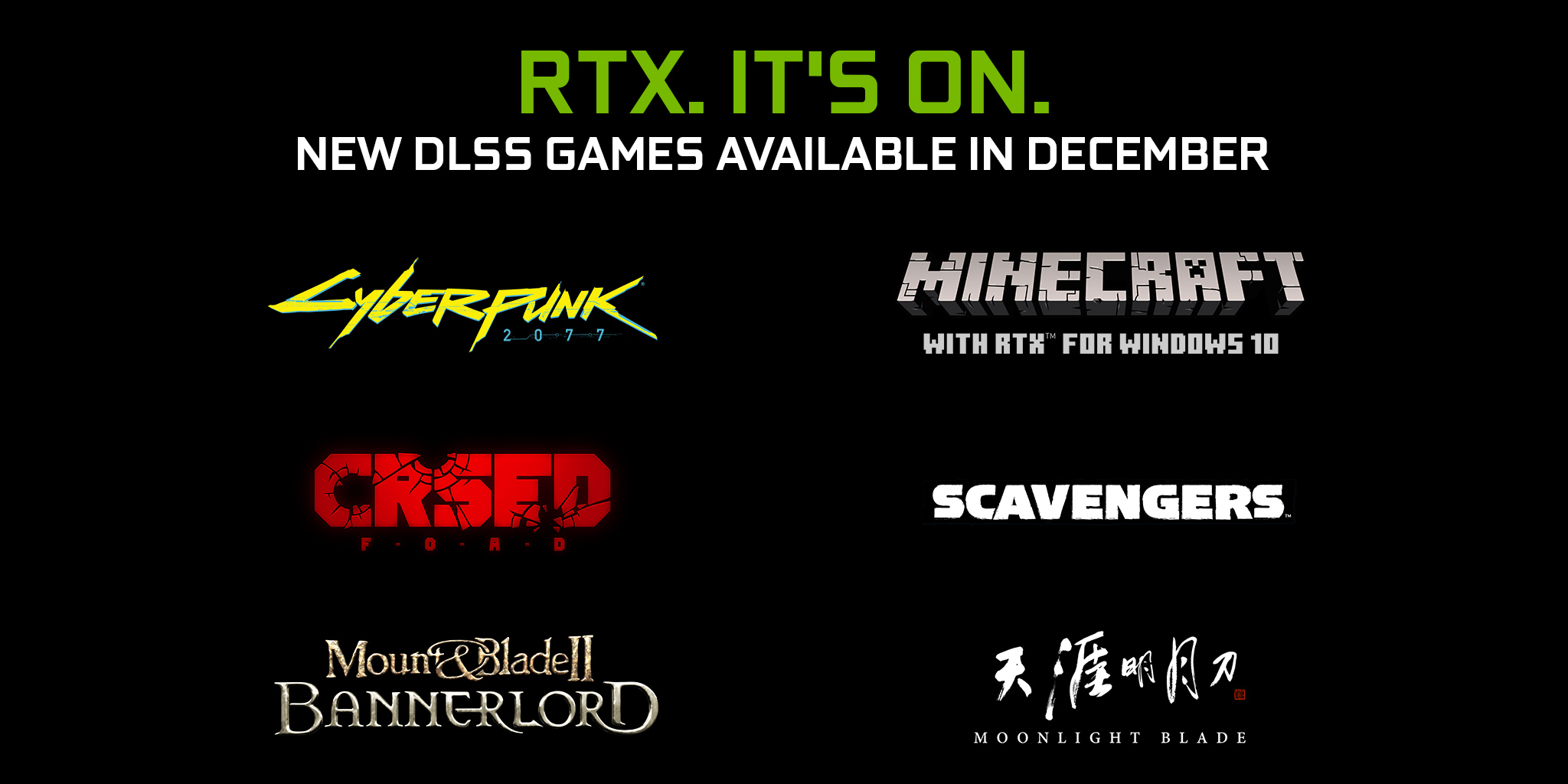 NVIDIA today announced it will add DLSS support to Cyberpunk 2077, Minecraft RTX, and four other games. This extends the list of DLSS supported titles to 32.

NVIDIA DLSS (Deep Learning Super Sampling) is a technology that uses NVIDIA Tensor Cores available to Turing and Ampere based graphics cards. With DLSS enabled NVIDIA GPUs are able to render games at a lower resolution, while still produce comparable image quality. This helps a lot in games that are graphically advanced or use ray tracing, which has a huge impact on performance. That’s why many reviewers tend to test games with both technologies enabled, otherwise it wouldn’t be a great experience.

Minecraft with NVIDIA RTX technology is finally out of beta. The game sees a huge improvement in performance with DLSS enabled in ‘Performance Mode’. The blocky world of Minecraft is probably easier to predict by the AI algorithm: 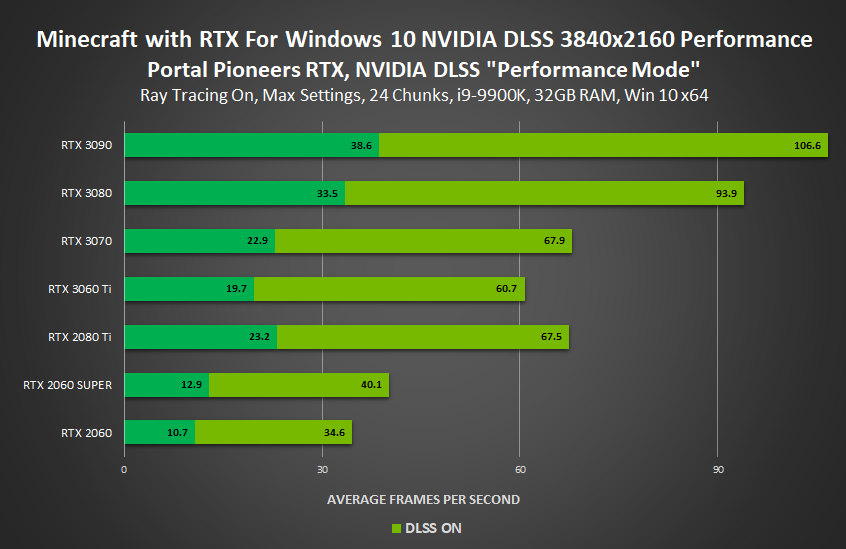 NVIDIA formally confirms that Cyberpunk 2077 will launch with DLSS and RTX technologies. However, since the game has not yet been released, driver and game optimizations are still to drop after launch, NVIDIA did not release its own performance comparison. We do however have a quick review from Tom’s Hardware, who tested the DRM-enabled version yesterday.

A medieval combat simulator and a role-playing game called Mount and Blade 2 will also support DLSS. The game is currently in an early access state. The game sees up to 50% better performance at 4K: 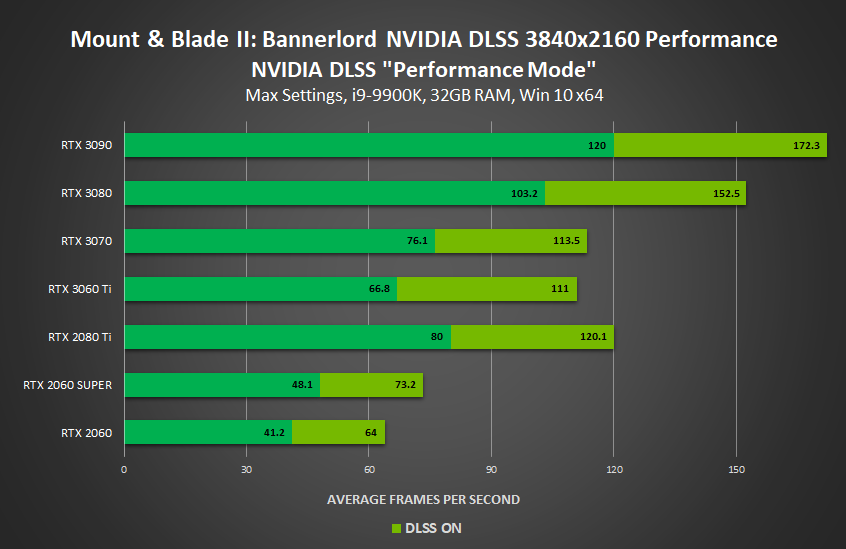 A free to play a multiplayer game called CRSED FOAD (formerly Cuisine Royale) released a year ago. NVIDIA has partnered with Darkflow Software to add DLSS support to the game.

In an update released last week, CRSED: F.O.A.D. added NVIDIA DLSS support, boosting performance by up to 40% at 4K, allowing gamers to hit 90+ FPS across all GeForce RTX GPUs.
— NVIDIA 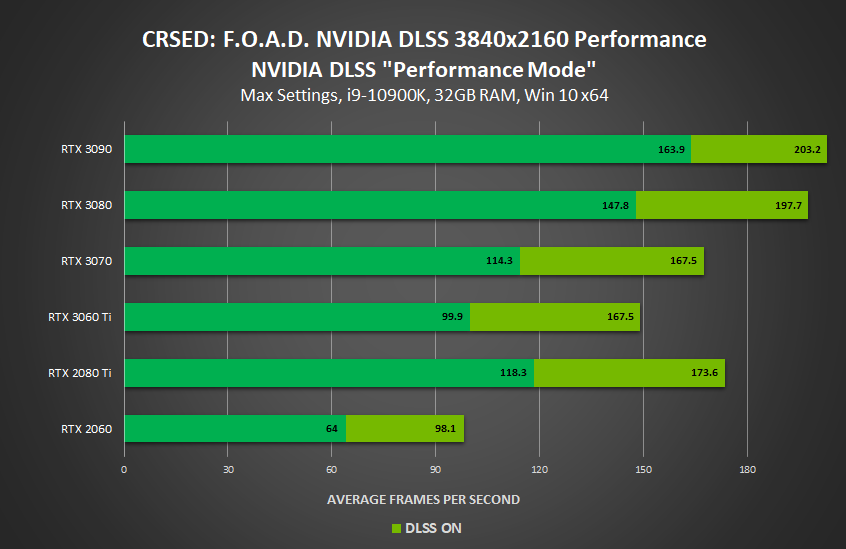 Scavengers is a free to play strategic survival shooter. Players can either team up in player vs player combats or focus on player vs enemy gameplay.

NVIDIA expects up to 40% improvement at 4K resolution. NVIDIA is happy to report that at 4K owners of the RTX 30 graphics card series should enjoy 60+ framerate no matter which graphics card is used. 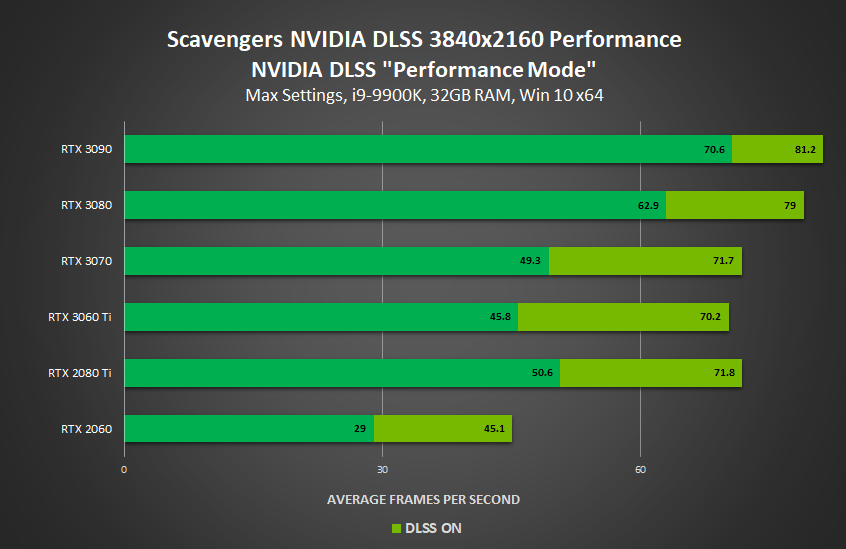