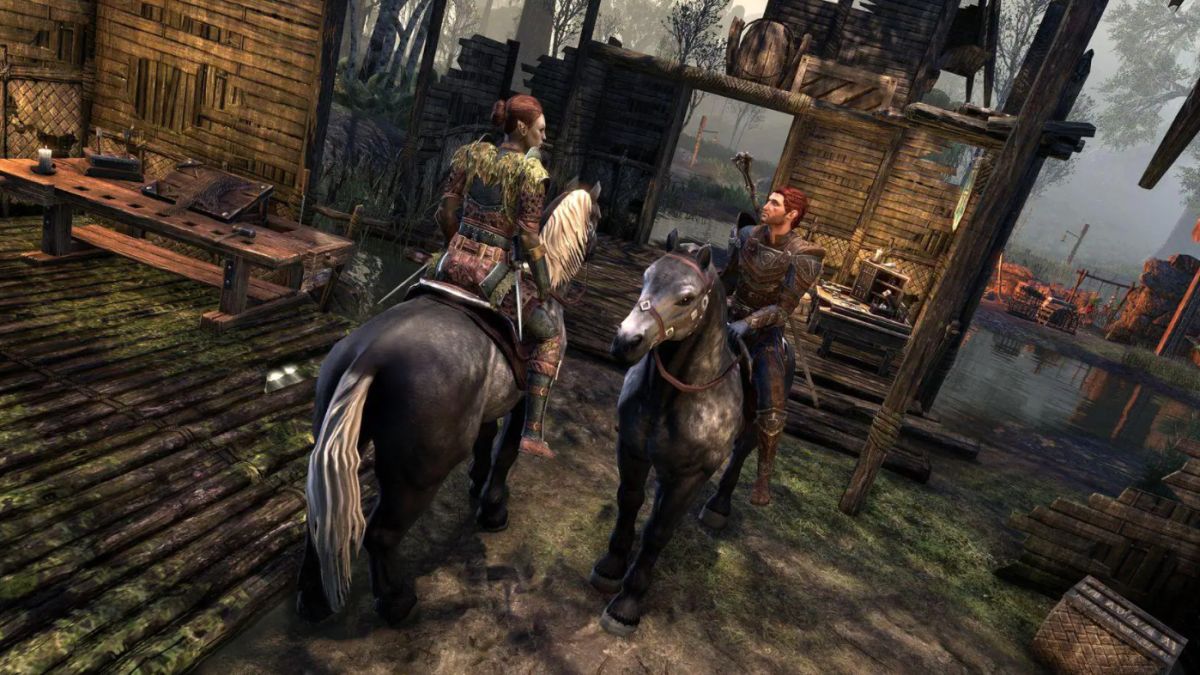 
The Elder Scrolls Online will soon let you dump all your gear, trash and burdens onto a hapless NPC, as companions arrive in the game’s upcoming Blackwood chapter.

We’ve known for some time that Blackwood would give you a choice of pals to buddy around Tamriel with. But this week, Bethesda fully detailed how the Elder Scrolls MMO’s NPC companions work with a new trailer.

In a blog post, ESO lead system designer Philip Draven notes that companions are “not intended to replace or be as powerful as other players”. Rather, they’re intended to make adventuring a little easier by filling roles outside your own toolset. “If you prefer to tank, you may find a damage or healing-centric Companion to be an invaluable ally, whereas if you’re more focused on damage, you may benefit from a Companion configured as a tank to draw some attention away from you.”

Companions will be fully customisable, letting you change up their equipment, costume, mount and abilities. But they’re also treated as, well, companions, and it sounds like you’ll have a relationship with them. Each has their own personality, and a “rapport” system will track how well you get along with any given sidekick.

“Each Companion’s personality and preferences are distinct, so whereas Bastian may be actively disappointed with you stealing, Mirri may be indifferent or even amused,” Draven added.

Blackwood arrives with two companions, Mirri Elendis and Bastian Hallix, though it’s likely we’ll see more arrive in future. Yesterday, Bethesda published an extensive guide on everything from how to summon and dismiss your new pal to their exclusive companion quests once you raise your rapport with them.

The Elder Scrolls Online’s Blackwood chapter arrives on June 1st, kicking off a year-long dive into Tamriel’s version of hell with the Gates of Oblivion. Thank the nine you don’t have to go it alone.