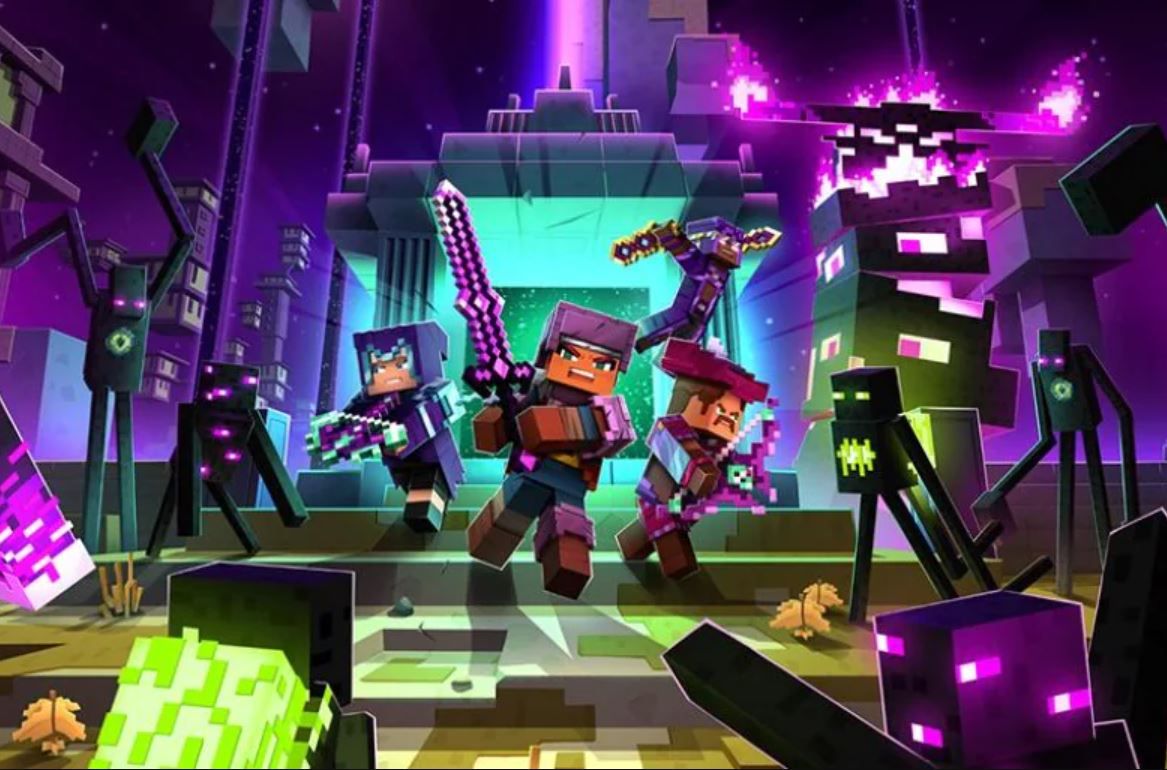 
The latest in Minecraft Dungeons‘ paid expansions travels to The End, home of those creepy pole-like creatures the Endermen. This isn’t a diplomatic mission: You’ll be slaughtering them of course, turning them into charming little voxel gibs, along with plenty of other new enemy types.

The Echoing Void expansion launches on July 28 and will also introduce new legendary gear, all the better to conquer the purple neon-lit chasms of The End. No price has been announced, but previous expansions have cost $6 (AU$9.05). In addition to the paid content there will also be free DLC, which is pretty exciting in itself, because it introduces the Gauntlet of Gales, a “unique maze-like mission” riddled with puzzles and trials.

This new expansion concludes the current story arc of Minecraft Dungeons, which has been centred around mopping up the mess left by the ‘Orb of Dominance’. But that won’t be the end of new Minecraft Dungeons content, because “there’s plenty more to come” assures Mojang.

Which is great news, because Dungeons is a nice and breezy couch co-op game that has grown substantially since release. To emphasize this, Minecraft Dungeons: Ultimate Edition will also release on July 28, packaging together the base game and all expansions, though no word as yet on a price for that.