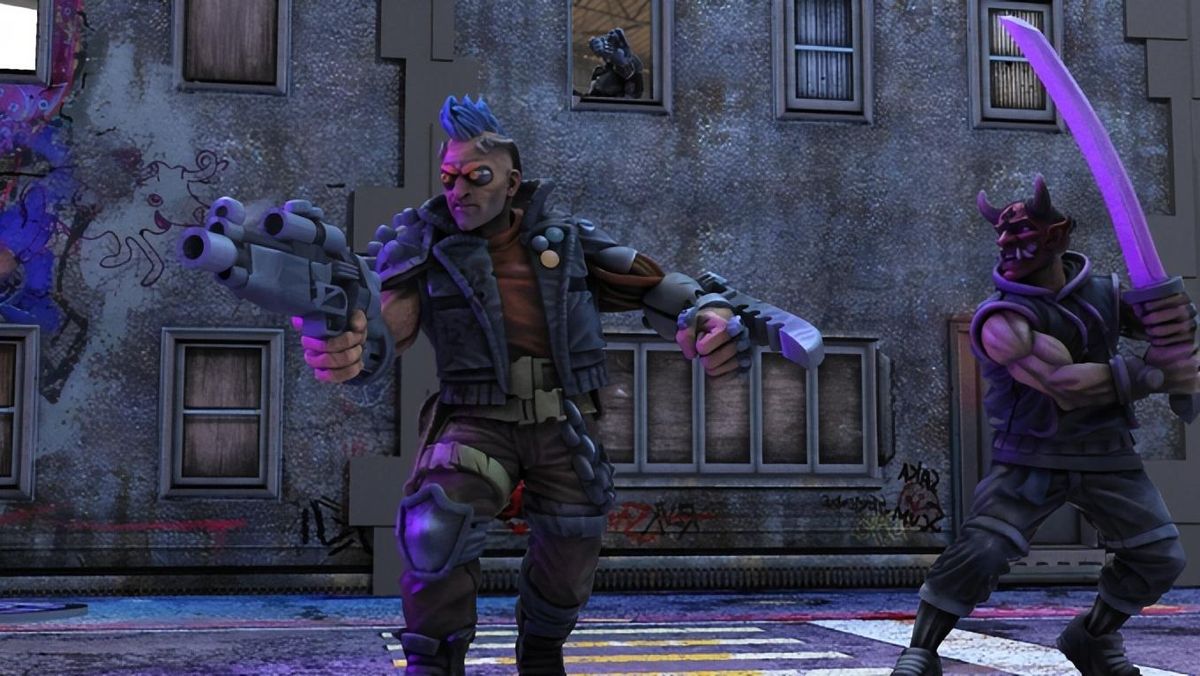 
Night City, by all accounts, is a pretty damn dangerous place to live. This holds true in 2077, but it sounds like things were somehow even worse back in 2045.

That’s when a new tabletop miniatures game is set, called Cyberpunk Red: Combat Zone. If you’re not aware of the significance of Red, it refers to the time following the 4th Corporate War where a nuclear detonation in Night City leveled half the buildings and turned the sky red for several years. Cyberpunk Red is also a pen-and-paper RPG with a streamlined version of the Cyberpunk 2020 rules for weapons, economy, lifepaths, and more.

Cyberpunk Red: Combat Zone is meant to be a fast-paced skirmish game, where battles are fought in the largely lawless section of Night City where rebuilding after the nuke didn’t go so smoothly. Factions vie for control of the devastated zone, with gangs in the base game representing Maelstrom and the Tyger Claws, and additional miniature sets available including Combat Zoners, Bozos (a clown-themed gang you will definitely want to play as), Lawmen, and Generation Red.

“Become the leader of a gang torn from the pages of the Cyberpunk Red RPG and fight fever-pitched battles or sweeping campaigns. Equip your gang, hire your mercs, and build your street cred to dominate the hellish rubble of the Combat Zone and emerge as the new master of the streets,” reads Combat Zone’s page on Kickstarter.

Combat is handled by a streamlined system that promises more action and less staring at charts and waiting for other people to do stuff. “No rounds, no turns—the game just goes,” said the game’s creators, Monster Fight Club. “As your characters take hits and get wounded, their abilities degrade—so strike hard and strike fast!”

If you’re wondering how a tabletop game with no rounds and no turns works, you can see a 40-minute video of some beta gameplay right here. (Spoiler: It absolutely does have rounds and turns.)