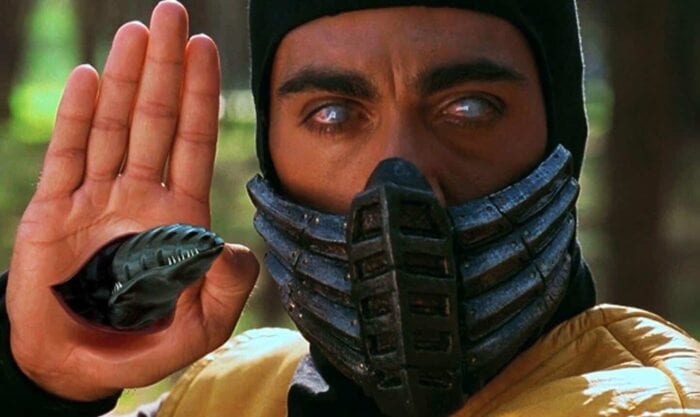 Producer of the Mortal Kombat movie, Todd Garner, has said that the reboot features “one of the most brutal fights” ever.

That’s one heck of a claim because there are countless “brutal” movies released over the many years of cinema.

However, we are talking about the Mortal Kombat franchise here, so should we really expect anything less?!

Garner made the bold claim when speaking to ScreenRant, where he also claimed that every fight scene will have its own personality. He told the publication the scenes are “true to not only the game, but it’s true to the character.”

Fans will be happy to know that the movie will feature unique fights based upon each character. The roster of the Mortal Kombat universe is not only deep, but also features a very diverse range of personalities and styles.

In terms of that “brutal” fight scene, Garner didn’t reveal which characters it involves, but he seemed to be very excited to tease the encounter.

“So I can’t tell you who’s fighting, but there’s one of the most brutal fights I’ve ever seen on film. And it’ll blow you [away]. It’s the most violent, hand-to-hand, insane fight. And it’s not who you would expect to have the fight. There’s also a beautiful operatic fight.

“There’s swordsmanship and then you have a moment where you’ve seen in the trailer where Sub-Zero freezes Scorpion’s blood and stabs him with it. So every fight has its own personality.”

So the question is, which characters are involved in the “most brutal fights” ever?

Hitting the proverbial nail on the head will be like trying to find a needle in a haystack, but we can at least throw our best guesses out there. Personally, I think the fight may involve Sub-Zero’s gruesome Spine Rip Fatality move.

However, do let us know who you think is involved in this “brutal” Mortal Kombat fight scene across our social media channels.

Mortal Kombat will be released in cinemas and HBO Max on April 16th in the US, with UK dates and platforms still to be confirmed.