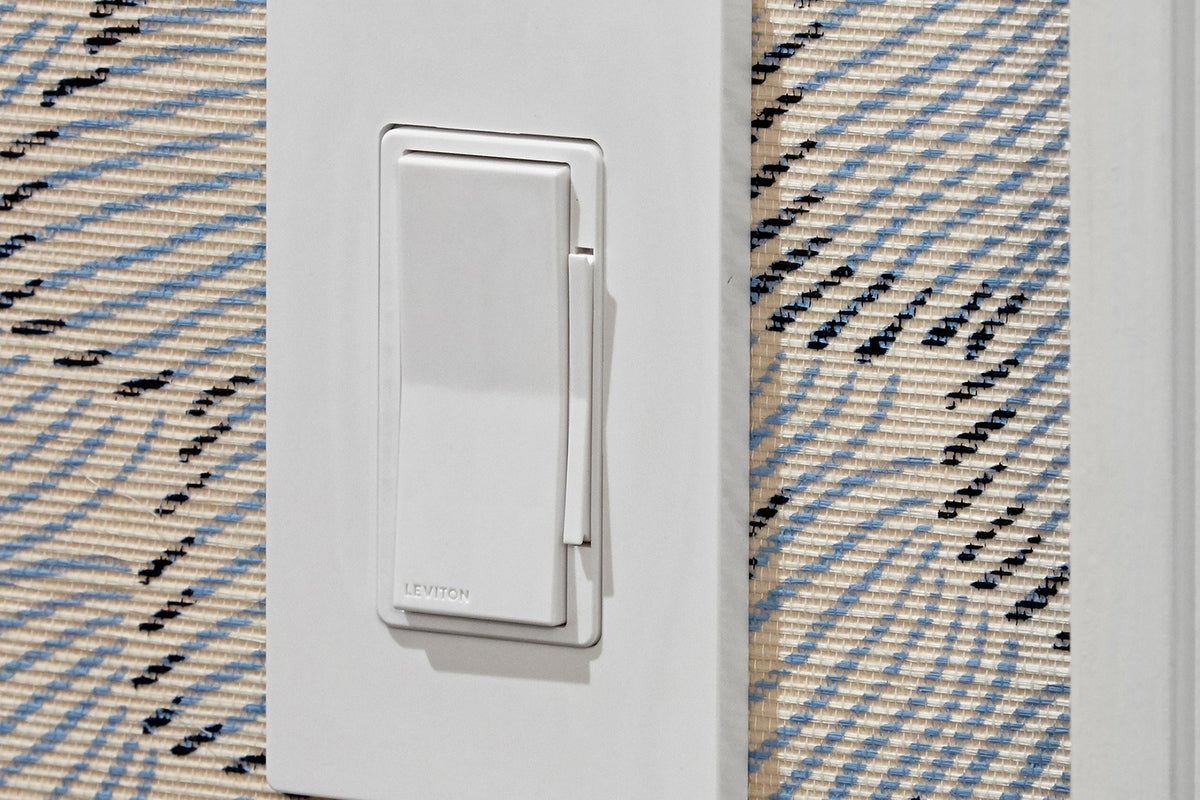 Leviton’s new in-wall dimmer is Zigbee 3.0 certified, but judging from the aesthetics you wouldn’t know it was new, or even a smart device at all. The full-size paddle design aesthetic is decidedly classic, so users who don’t want their wall switches to stand out in any way have a compelling option here.

The DG6HD hardware features my least favorite design for wiring connections: Screw-down posts similar to those you’ll find on many old-school switches. Because so many wires must be connected—four at a minimum, five if you’re using it as a three-way switch—it can quickly get crowded when you’re trying to maneuver around the receptacle with a screwdriver. (Note: You’ll need Leviton’s DD00RR companion switch for a three-way installation.)

This review is part of TechHive’s coverage of the best smart switches and dimmers, where you’ll find reviews of competing products, plus a buyer’s guide to the features you should consider when shopping for this type of product.

Making matters worse is that you’ll also need a pigtail to connect to the neutral (white) wiring bundle. Leviton includes one in the box, but I strangely had a lot of trouble with it. The wire was very stiff, and wedging it into a wire nut along with three other wires was difficult, as one of them would invariably slip out of the bundle when trying to tighten it. After about 10 minutes of trying and failing to get a solid connection, I finally gave up and dug up a more flexible pigtail I had laying around, which worked perfectly on the first try.

Once installed and wedged back into the receptacle, I moved on to pairing the unit with an Amazon Echo Plus. (This switch is also compatible with the new fourth-generation Amazon Echo and Comcast’s Xfinity Home Touch Screen, but Samsung SmartThings certification was still in process as of this writing.) The pairing completed quickly, and within a few minutes I was able to control the dimmer via voice or the Alexa app. With my Echo Plus just a dozen feet away from the wall switch, I never encountered any trouble with disconnects, and both on/off and dimming operations were responsive.

Naturally, you can also control the dimmer via the switch itself, and Leviton makes this easy and intuitive courtesy of a slim, second paddle to the right of the primary switch. Just hold the side paddle up or down to brighten and dim; the primary paddle only serves to toggle the power on and off. Having the secondary controls doesn’t really mar the switch aesthetic, and it’s arguably more convenient than having the main paddle do double duty. A row of green LEDs to the left of the paddle illuminate to give you a visual guide to the overall power setting, but they go dark after a few seconds.

One unusual feature to note: While both a white paddle and beige paddle are included in the box, only a white cover plate is included. At a price of $43—the most expensive Zigbee dimmer I’ve encountered—Leviton would be wise to throw in some additional extras to improve the value proposition. If you don’t need dimming, a Zigbee on/off switch (Leviton model DG15S) is available for a few bucks less.

The bottom line: This is a functional dimmer option for those with a Zigbee environment, but there’s really nothing much in the way of extras to merit spending extra for it. Jasco’s Enbrighten Zigbee dimmer is one alternative you might want to consider.