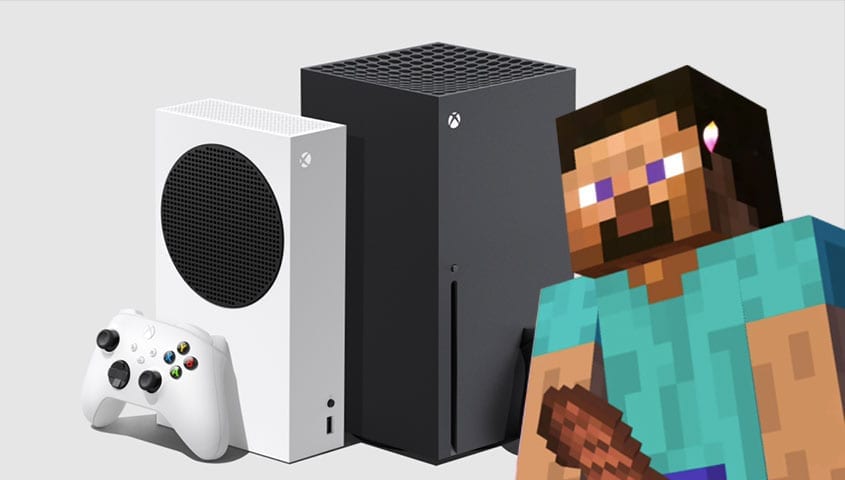 Recently the legendary Steve from Minecraft became the latest and seventh DLC fighter for Nintendo Switch title Super Smash Bros. Ultimate. (And despite being multi-format, the Minecraft license is now owned by Microsoft).

Steve is one of the most unique fighters in the hit Nintendo Switch game for more reasons than just his appearance, as he brings his building mechanics into the brawler, and he surprisingly fits in rather well by all accounts.

However it’s his winning celebration that has brought in the most attention and not in the most positive way (although that depends on your perspective I suppose).

Steve has a number of victory celebrations, but the one that has caught the most attention involves him positioning something, believed to be his pickaxe or a piece of meat, around the crotch area in quite the suggestive way.

I don’t know whether Steve gets a little overly excited when he gets the big win, but it might be worth him cooling down with a cold shower after a hard-fought battle!

So when the editor-in-chief at Kotaku, Stephen Totilo, had a chance to speak with Phil Spencer, he brought us the arousing and questionable victory celebration to the Xbox Chief to get his reaction to Steve’s meat.

When Spencer saw the footage in question, he simply gave a long pause, before replying: “Yeah, who did that?”

He then followed up with: “I assume that will be fixed.”

The whole thread, shared by the editor-in-chief to Twitter, is hilarious. Check it out below!

The world is a challenging enough place as it is now and perhaps what the world needs now is now victory Steve meat?

Are you happy to see Steve’s meat in your face during victory?  Have a watch of the video below and react the best you can to this kind of scenario using our Emoji’s.