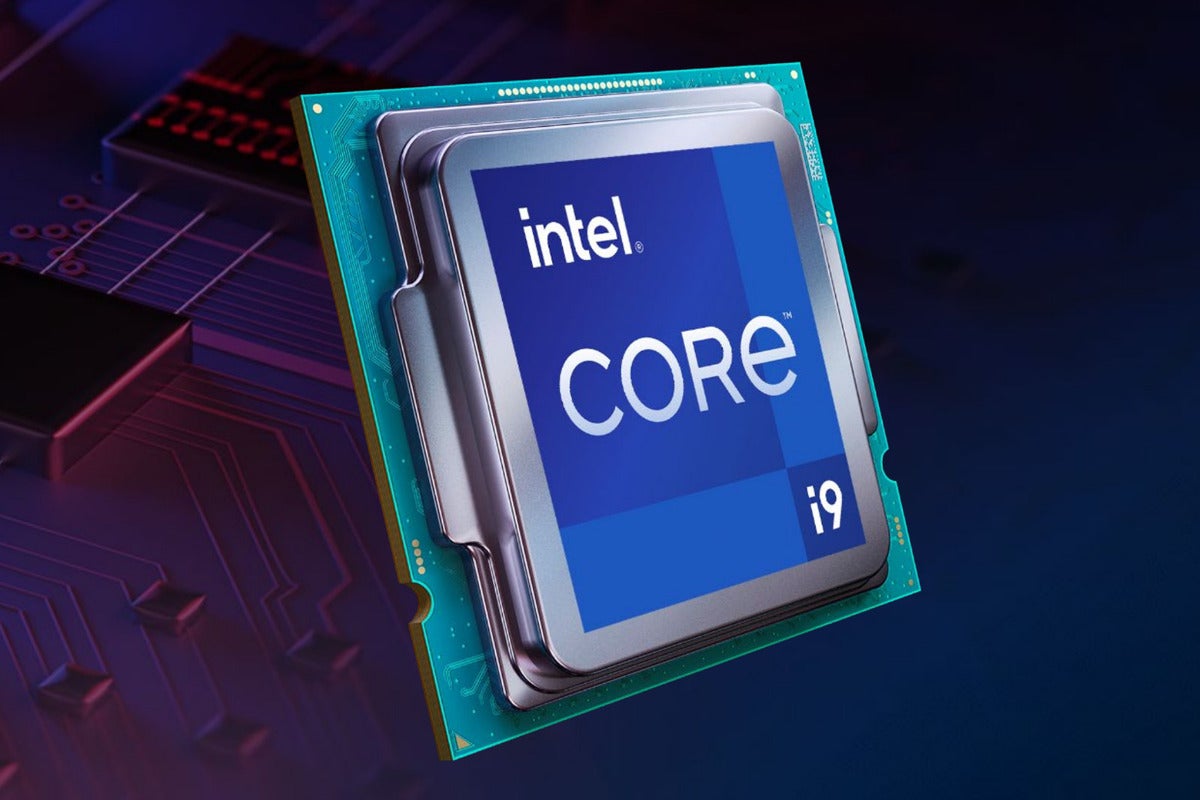 Intel debuted its next-generation 11th-gen “Rocket Lake S” desktop Core chips at CES 2021 on Monday, boasting that its flagship Core i9-11900K processor offers a 19 percent performance improvement over the prior generation, and with gaming performance that rivals AMD’s most powerful Ryzen chip.

Intel’s Core i9-11900K does take a step back: Intel’s 10th-gen Core i9-10900K offered 10 cores and 20 threads. The new i9-11900K wields just 8 cores and 16 threads instead, at turbo speeds up to 5.3 GHz (single core) and a slower 4.8GHz (all cores) than the i9-10900K offered. It’s also a 14-nanometer chip. But there are subtle, significant improvements, too: a new, wider, 8-lane DMI interface between the processor and chipset, and an increased 20 lanes of PCIe 4.0 off the CPU for GPUs and SSD storage, matching the PCIe 4.0 capabilities that AMD has offered for the last two Ryzen generations. All told, Intel’s promising up to a 19 percent IPC (instruction per clock) improvement and a 50 percent boost in integrated graphics performance, thanks to the new, integrated Xe GPU core.

Many of the features of Rocket Lake-S have been known since last October, when Intel confirmed the existence of Rocket Lake and its new CPU architecture, code-named Cypress Cove. What we didn’t know was whether the new chip would embrace Intel’s latest 10nm process or be manufactured on the relatively ancient 14nm line. Well, now we know: it’s a 14nm chip, which also explains the drop in core count, acknowledged Brandt Guttridge, Intel’s senior director of the Desktop Products Group. The Cypress Cove CPU core originally designed for 10nm was backported to the 14nm technology, he said.

“I think one of the questions many of you might have right away is, Why are you going from ten to eight cores? “ Guttridge said. “The answer to that question really goes back to…our focus was on maximizing real world performance, which is a combination of frequency and IPC [instructions per clock]. So as we looked at the microarchitecture, we ported the 10nm design for both the CPU and the graphics back to the 14nm manufacturing node. As the 10nm design has smaller transistors and the 14nm is a bit larger set, the maximum core count we could fit on Rocket Lake was eight.”

The other factor influencing Intel’s choice was that moving to 14nm allowed the company to take advantage of the SuperFIN transistor that Intel added to Tiger Lake. Last year, Ruth Brain, an Intel fellow specializing in technology development and interconnects, said the sum total of all of the intranode improvements made in the 14nm generations would be equaled by the one intranode performance increase from Ice Lake to Tiger Lake, via SuperFIN.

“That trade off we got was that 19 percent IPC gain… and the 50 percent graphics improvement,” Guttridge said. “So again, the focus here was on maximizing performance for for the end users in the real world.”

Intel didn’t specify whether Rocket Lake S formally includes DMI 4.0, though Guttridge confirmed that the interface now doubles the available lanes from four to eight. The Direct Media Interface connects the CPU and north bridge of the chipset to the PCH or south bridge. Intel’s Skylake processor, equipped with DMI 3.0, was the first to include a total of four lanes. Guttridge confirmed that Rocket Lake S provides eight lanes, doubling the bandwidth, which means that Intel has kept the link speed constant.

In terms of gaming performance, Intel claims that Rocket Lake-S should improve performance by about 7 percent on IO Interactive’s unreleased Hitman 3, running on top of the game’s built-in benchmark. Intel also claimed that the Core i9-11900K slightly outperformed the AMD Ryzen 5900X on several top-tier games, from Total War: Three Kingdoms to Cyberpunk 2077 to Watch Dogs: Legion to Assassin’s Creed: Valhalla, all running at 1080p and High settings or above. However, Intel didn’t publish the configurations of its gaming tests by press time.

Because the Core i9-11900K is more of an introduction, rather than a launch, we don’t have the usual “speeds and feeds” matrix describing the base clock speeds and turbo clock speeds are at various levels, and so on. We also don’t know how many EUs are part of the 11900K, either.

Guttridge did explain some more of the decisions Intel made on choosing the Rocket Lake S features that Intel had previously revealed. Customers had asked for faster memory, prompting Intel to move from DDR4-2933 on “Comet Lake” to the DDR4-3200 memory used by Rocket Lake S. Moving from 16 lanes of PCI Express 3.0 to 20 lanes of PCI Express 4.0 also allowed enough lanes for both a 4-lane PCIe SSD, as well as the 16 lanes used by the latest GPU. Rocket Lake-S also includes hardware decode support for AV1 (and videos stored in the AVIF file format) which compresses data 50 percent more efficiently than the x254 main profile, reducing bandwidth needs for those who use it. USB 3.2 Gen 2×2 increases the available USB bandwidth from 10Gbps to 20Gbps overall.

What we don’t know includes what Intel is doing specifically with overclocking in mind. Guttridge promised Intel would have more to share on overclocking capabilities closer to launch, as the company plans to “push the boundaries on delivering customization tunability and optimizations to our end users.”

We also don’t have official, specific details on the new 500-series motherboard chipsets that will launch with Rocket Lake-S, though the chip will be able to be used with the older 400-series chipsets—at least theoretically.  Guttridge recommended that buyers contact motherboard vendors and confirm that “PCI Express 4.0-ready” motherboards will have the capability turned on and the proper BIOS installed. Guttridge said that the change in the DMI interface won’t affect the backwards compatibility of the Rocket Lake-S chip.

Board makers, however, have begun spilling the beans. We know that there will be at least three chipsets: the Z590, H570, B560 and H510. Asus said that the ROG Maximus XIII Z590 board will include a pair of Thunderbolt 4 ports, one of the few specs we know at the moment.

One processor that Intel didn’t compare itself to was Apple’s M1, the ARM chip that will replace the Core i7 and Core i9 inside the MacBook and other devices. Ryan Shrout of Intel’s competitive performance team summed up Intel’s stance: “I’d say, you know, Apple did an excellent job on their processor.”

Still, Shrout added, there’s room for Intel to compete. “The truth is that our testing shows there are many areas of leadership for our 11th-gen Tiger Lake products across productivity, content creation, and especially gaming,” he said.

Updated at 2:57 PM with additional details of Intel’s 500-series chipsets.