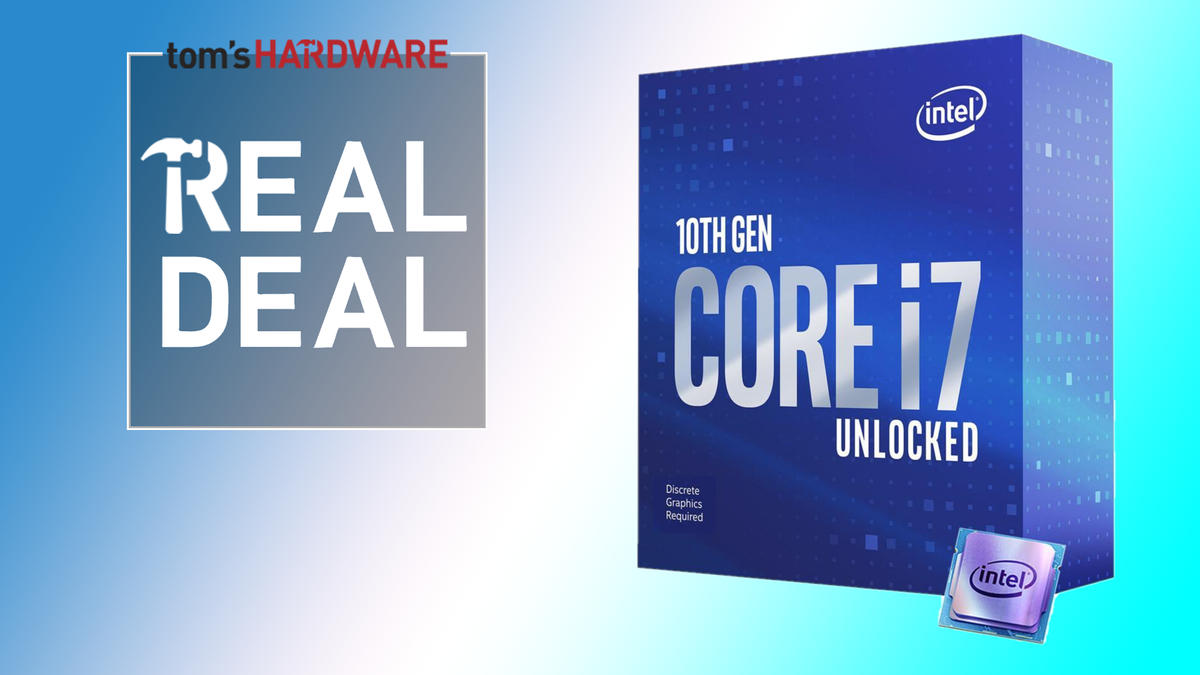 Intel’s 10th Generation CPUs are one generation behind the best CPUs and are soon to be two generations behind with the likely release of Alder Lake early next year. But today they’re still plenty powerful and selling at serious discounts. Not to mention, these chips are actually in stock, which is something we can’t always say about Intel’s 11th Gen desktop CPUs. That makes the Intel Core i7-10700KF, which recently went on sale for $269 across several retailers, a pretty enticing buy.

With specs almost identical to the Intel Core i7-10700K, which itself is as good at gaming as the Core i9-10900K, this chip has serious value for Intel gamers. It lacks integrated graphics, but its 5.1 GHz boost clock is enticing. The chip has 8 cores, 16 threads and a 16MB cache and doesn’t come with a cooler. View Deal

With 8 CPU cores, 16 threads and a boost clock speed of 5.1 GHz, the Intel Core i7-10700KF is almost identical to the more expensive Intel Core i7-10700K, with the only notable difference being that it doesn’t have integrated graphics. As we mentioned in our i7-10700K review, it about matched the Core i9-10900K at gaming. That makes  the i7-10700KF the best value for gamers who are okay with a last-gen chip and planning to use their own GPU.

$269 also marks the lowest this CPU has cost since March. According to Camelcamelcamel, it was previously selling for around $308.