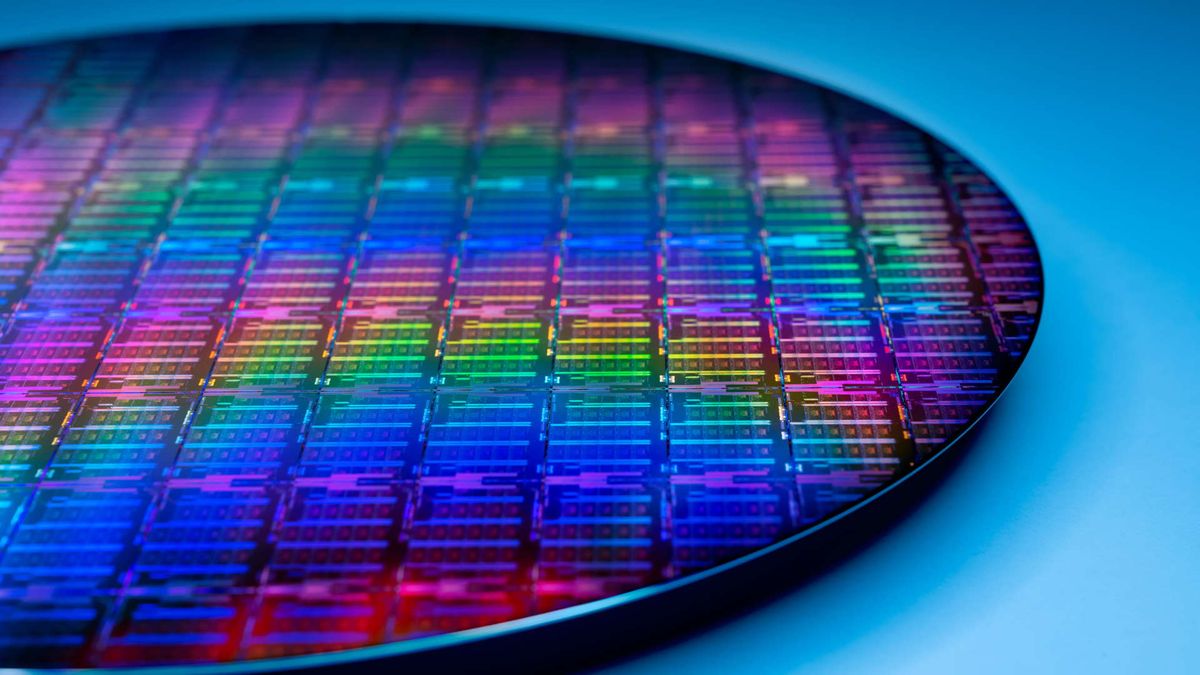 The Intel Alder Lake CPU lineup represents the 12th Gen desktop and laptop processors set for release in the second half of 2021—the rumour mill is currently split on exactly when, but likely they’ll drop between September–November. The exact date isn’t known yet, but that’s probably because Intel has been focusing on releasing Rocket Lake on desktop and its recent release of Tiger Lake-H in laptops.

Alder Lake will be Intel’s first desktop processor to use its 10nm SuperFin production process, which would be quite a landmark release for the big chip maker. But it also represents a significant shift in how CPUs are pieced together, as it will be Intel’s first hybrid big.LITTLE design for desktop as well.

The big.LITTLE terminology comes from Arm’s mixed use of high and low-performance cores in one chip package. And means, essentially, that Alder Lake combines Intel’s traditional high-performance CPU cores with its lower-spec Atom silicon. That’s why the core count above is written as 8+8, that’s eight big traditional cores and eight smaller, more efficient cores.

Atom, in case you haven’t been paying attention to the budget laptop market, is Intel’s low-power, energy-efficient mobile CPU brand. The kind of silicon best avoided by gamers for years, but which has been gradually improving to the point it’s now actually decent. The rumours are that Gracemont, which is the version of Atom used in Alder Lake, is now comparable to Skylake’s performance, which if true, means that Alder Lake could be a powerful force to reckon with.

Alder Lake also packs in plenty of next-gen technology into its design, including support for PCI Express 5.0 and DDR5 RAM. With so many changes, it should come as no surprise that Alder Lake will use a new LGA 1700 socket and be supported by a new chipset family—mostly likely headed by the Z690 chipset at the high-end. The important point being you won’t be able to drop Alder Lake into current Z490 and Z590 motherboards, you’re going to need to start afresh here.

The official line is the Intel Alder Lake release date is H2 2021, but we’re expecting it to drop sometime in early Q4, or if everything is going well, possibly even Q3 2021. Intel showed off Alder Lake at CES 2021, and there have been numerous leaks of specific versions of the chip since. This suggests that the stated launch frame of sometime in the second half of 2021 still seems possible.

The latest from WCCFTech has Alder Lake launching in November, so on the later side of our expectations. That’s reportedly a “mostly fixed” date, but we’ll find out as the year progresses.

Intel does have a lot to get right before it can drop this new kind of processor on the world though, and it’s likely to arrive in the last quarter even if everything goes to plan. Having said that, it may try and hit that lucrative back-to-school market in September, at least on laptops.

There are a lot of new ideas being aired in these new chips, which equates to plenty of elements that could go wrong and push the release back. Intel has been savvy on this front at least, simply stating that it’ll be available in the second half of the year. Six months is a lot of wiggle room in this industry. Even if it doesn’t launch until 31 December 2021, it will still have hit its target.

Two elements of Alder Lake stand out as being most likely to cause issues. Firstly, there is the whole thorny subject of getting the two different types of cores working efficiently together, with a healthy dollop of Windows scheduler magic needed as well.

Secondly, Alder Lake is destined to be Intel’s first desktop CPU to use its problematic 10nm production process. It has proved it can deliver on the mobile side of things, so in theory, this shouldn’t be an issue, but it tends to push its desktop chips harder, for faster clocks, so it’ll be interesting to see if this all goes smoothly.

Intel has just released its Rocket Lake CPUs on the Desktop, and Tiger Lake-H just pounced this side of summer, so it doesn’t feel like Intel needs to rush Alder Lake out. With a brand new way of working, getting the performance and efficiency right is hopefully more important.

Alder Lake may land earlier than originally thought, too, although this seems unlikely. A tweet from @9550pro on April 16 shows an updated roadmap of Intel’s Workstation lineup that has Alder Lake-S replacing Rocket Lake-S in the entry-level workstation segment in Q3’21. While this slide doesn’t show the release dates of consumer Alder Lake, workstation spins are generally released at the same time.

It’s early days for Alder Lake and there’s plenty we don’t know about its silicon makeup. It’s too early for such things as operating frequencies and power usage. At least not outside of Intel. What we do know though, is the general makeup of Alder Lake and the sort of chips that will appear in Intel’s 12th Gen processor family.

Alder Lake’s Hybrid big.LITTLE design means that each chip has a number of Golden Cove traditional cores and a number of Gracemont Atom cores as well. Note that Golden Cove supports Intel’s Hyperthreading for doubling up the number of threads that those cores can handle, but Gracemont reportedly doesn’t. This is why you’ll see specs for chips like 8+8 cores but only 24 threads.

An early leak of Intel’s mobile Alder Lake plans paints an interesting range of configurations here, with between one and eight Golden Cove cores working alongside four or eight Gracemont cores. Intel does have to cover some low power options on mobile, all the way down to 5W CPUs, which aren’t too interesting for gamers, but it does suggest that Alder Lake can scale well.

On the desktop, we probably won’t see such low core counts, but we don’t know how low down the stack Intel will go to create something like an entry-level Core i3. Currently, you’re looking at a quad-core chip, but will that translate into a 4+4 Core configuration with 12 threads? Or maybe a 2+4 chip with 8 threads? We simply don’t know yet.

At the high-end, rumours have been pointing to an 8+8 core, 24-thread CPU that will probably roll in under Intel’s Core i9 banner. Throw in the support for PCIe 5.0 and DDR5, and it looks like Alder Lake could be something worth paying attention to when it finally sees the light of day.

Some utilities are going to need to be updated to make sense of the new hybrid architecture, and one of the first tools to peer under the hood of Alder Lake is the excellent CPU-Z. On April 15 the developers added preliminary support for Intel Alder Lake and the Z6xx platform as well as support for DDR5 memory. Getting support this early is a sign that Intel is on track to deliver Alder Lake in plenty of time.

So what are we talking about performance-wise? It’s tricky to say until we get more details. But there are a few tantalising snippets that could point to be things. We don’t know exactly what the final operating frequencies are, and how those frequencies work with the two different cores. Are there two main clocks in Alder Lake, one for the big Golden Cove cores and another for Gracemont? How does the Turbo Boost work with these clocks?

Rumours have talked about a 20 percent IPC performance improvement for the Golden Cove cores over the current Rocket Lake chips. That’s not bad, seeing as Rocket Lake offers a 19 percent boost over the previous Comet Lake generation to start with. As for the Gracemonet cores, the rumours are that these are on a par with Skylake. Combined there’s the potential for a CPU family that can beat AMD’s Zen 3 family. Frequencies definitely matter here though.

Moving over to Intel’s 10nm production process should have a notable impact on performance as well. A smaller process generally equates to either a more efficient processor or a faster one. A combination of the two is the dream here though. And given Intel has been stuck on different iterations of its 14nm node for so long, hopefully it’s got some pent-up frustration up its sleeve that it will vent on the clock front.

One interesting take on the big.LITTLE design is that the more energy-efficient Gracemont cores could allow the Golden Cove cores to run faster. The idea being that the Atom cores produce less heat for the same workloads, thus easing the thermal envelope for those big cores. How this will work for gaming has yet to be seen, but the potential is there. It may be that some optimisations are needed, but the prospect of even faster framerates is intriguing.

You have to hope that Intel will be talking about a general uptick in performance over the current Rocket Lake chips though, even with its new hybrid design. And while it’s fair to say that CPUs have plateaued to a certain extent when it comes to gaming, Alder Lake still needs to push forward on the performance front for gamers to want to upgrade to it.

Intel is pretty consistent when it comes to chip pricing, but given this is a completely different type of processor with a completely different core configuration, drawing parallels with its existing line-up is not so easy. For instance, the current top-of-the-line chip, the Core i9 11900K only has eight cores and 16 threads, while the top Alder Lake chip is down to have 16 cores and 24 threads. A very different proposition, even if not all of those cores are directly comparable.

Intel’s goal here is to make the new architecture an attractive proposition, and so hopefully it won’t bump the price up too much. Maybe the top-end chips will hit the same levels as the 11900K at $599. Regardless there will need to be plenty of more affordable chips through the stack, particularly when you get down to the 4 + 8 core models.

Pricing will be a lot clearer when Intel starts confirming the specifications of the complete stack. And once it starts talking about that, we’ll have a much clearer idea of when Alder Lake will arrive as well.