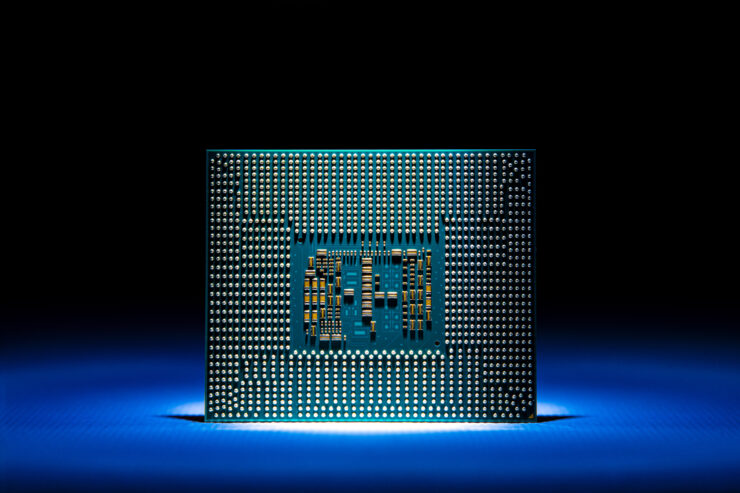 Multiple benchmarks of Intel’s Alder Lake CPUs have leaked out which consist of a 16 core desktop and 14 core mobility variants featuring Xe graphics. Both chips will be based on the next-gen Xe-LP and Xe-HPG graphics architecture and the benchmark specifically shows us the OpenCL numbers.

Let’s start off with the desktop part first. The Intel Alder Lake Desktop CPU features 16 cores and 24 threads. That’s the top 8 (Golden Cove) and 8 (Gracemont) core configuration which will also get 30 MB of L3 cache. The chip has a base clock of 1.80 GHz while the maximum boost clock speeds are unknown due to erroneous clock reporting within the Geekbench 5 software suite. The chip houses the Xe-LP integrated graphics which has a total of 32 EUs or 256 cores that clock in at 1500 MHz. In terms of performance, the chip scored 8647 points which compared to the UHD graphics 750 iGPU on Rocket Lake CPUs is a definite improvement. 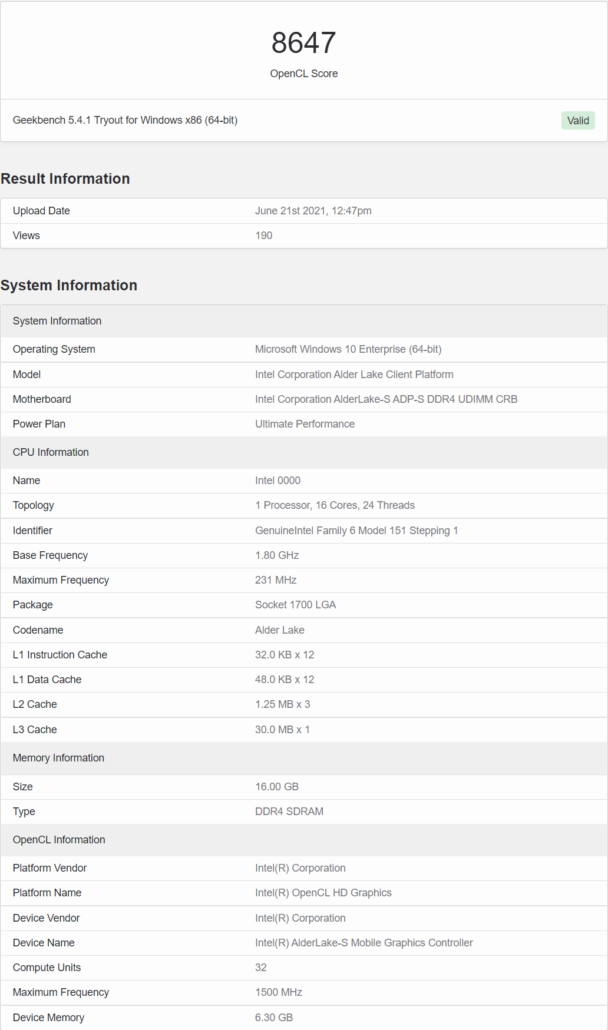 Do note that the UHD graphics 750 scores 7974 points on average so this is an 8.5% performance gain. The Alder Lake iGPU does run at a 200 MHz faster clock speed but it does not take advantage of finer drivers like the Rocket Lake chip does. We can expect around a 5-10% performance gain in graphics with the final release over the first-gen Xe-LP architecture.

Moving over to the Mobility Intel Alder Lake chips, we have two entries for a 14 core and 20 thread part. This is based on the 6 (Golden Cove) and 8 (Gracemont) core configurations. The CPU, being an Alder Lake-P ES chip, features a base clock of 800 MHz and a boost clock of up to 4.0 GHz. These definitely aren’t the final clocks. The chip also houses 24 MB of L3 cache and was tested with a UHD Xe-LP GPU with 96 EUs. This chip features 768 cores and a maximum clock speed of 1200 MHz. It is listed with 1.5 GB memory though we can’t say for sure if this is an integrated or a discrete chip.

Most Modern PCs Will Have No Issues Running Windows 11 – AMD & Intel CPUs With A Minimum of TPM 1.2 Required, TPM 2.0 Recommended

Regardless, the Intel Alder Lake-P platform scores 6516 points in the OpenCL benchmark which is worse than the desktop part despite offering more than twice the number of cores. This could be due to unoptimized drivers for the mobility platform. The same is witnessed with a much higher Xe-HPG SKU featuring 256 EUs or 2048 cores (6 GB memory) which was clocked at 1400 MHz but only managed to score 18482 points which is around twice the performance of the desktop part.

We can also confirm now that the Intel Alder Lake Desktop CPUs are headed to the LGA 1700 socket while the mobility chips are headed to the FCBGA 1744 socket. There are multiple CPU configurations being tested right now and we will definitely make sure to keep you posted with next leaks.