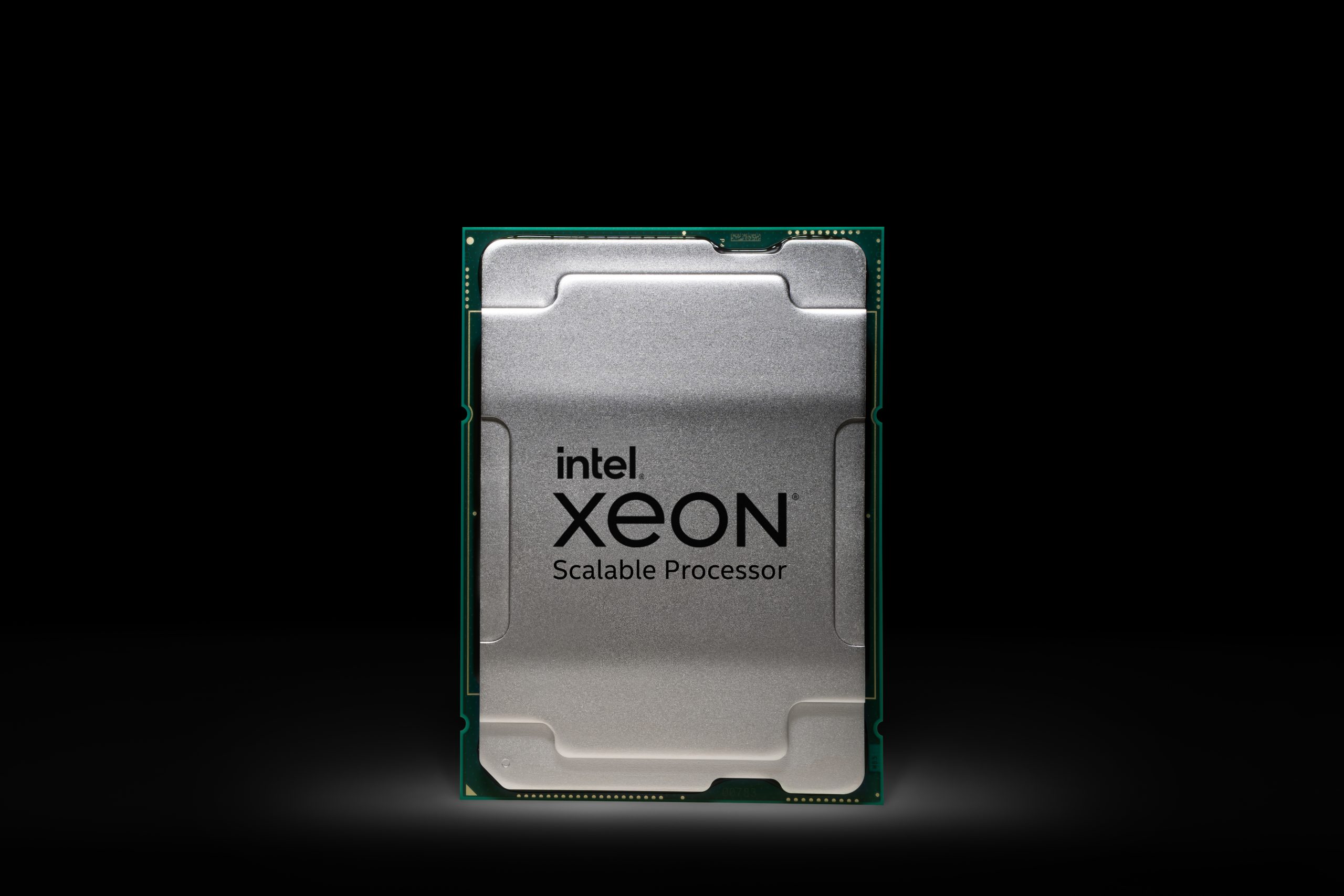 An Intel Sapphire Rapids Xeon CPU has been spotted and tested within the Geekbench database. The chip was spotted by Benchleaks and from the looks of things, it seems to be an early sample that is evident by its lower base clock and the fact that was tested on an internal Intel platform & not a third-party Server vendor.

Dissecting the Geekbench listing, it looks like the test platform was part of a 2S configuration that was running dual Intel Sapphire Rapids Xeon CPUs. The engineering sample is listed as Family 6 Model 143 Stepping 2 which confirms that it is part of the Sapphire Rapids lineup & based on the Intel 10nm ESF (Enhanced SuperFin) architecture with Golden Cove cores. 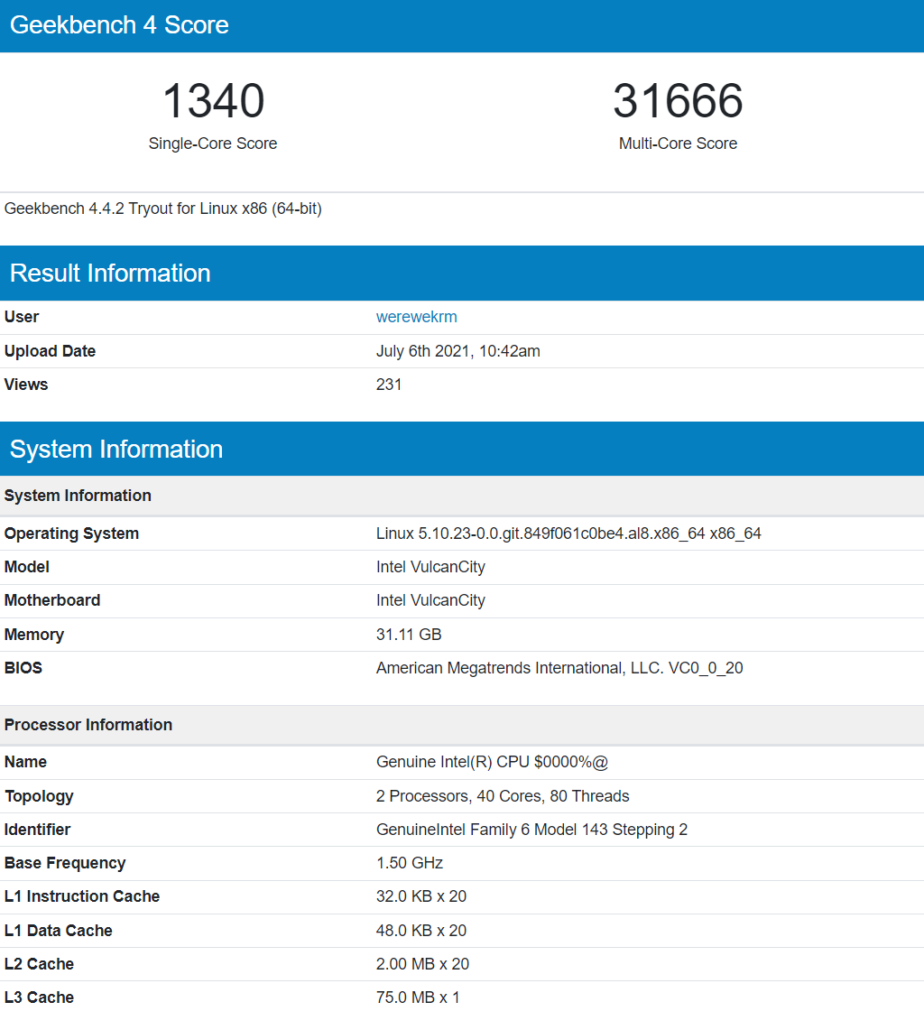 As for clock speeds, since the Intel Sapphire Rapids Xeon CPU is still an early engineering sample, it has a base clock of 1.50 GHz but can boost up to 4.7 GHz as reported by Geekbench. We cannot say how accurate these clock speeds are but they do look pretty high for a server platform so it could likely be a high-clock optimized chip. The other possibility is like I said, a faulty clock speed which is a very common scenario within the Geekbench database.

The Intel 20 Core & 40 Thread Sapphire Rapids Xeon CPU was tested within the older Geekbench 4 benchmark with 32 GB of memory (presumably DDR5 since that is what the next-generation Xeon chips support) and well, performance was quite lackluster with a single-core score of 1340 points & a multi-core score of 31,666 points. Again, these are results from a very early sample and an older & outdated benchmark so we can see performance improvements in later benchmarks. Sapphire Rapids is pitted for a launch next year so it will take time for better samples to appear in databases.

The Sapphire Rapids-SP family will be replacing the Ice Lake-SP family and will go all on board with the 10nm Enhanced SuperFin process node that will be making its formal debut later this year in the Alder Lake consumer family. From what we know so far, Intel’s Sapphire Rapids-SP lineup is expected to utilize the Golden Cove architecture & will be based on the 10nm Enhanced SuperFin process node.

The Sapphire Rapids lineup will make use of 8 channel DDR5 memory with speeds of up to 4800 MHz and support PCIe Gen 5.0 on the Eagle Stream platform. The Eagle Stream platform will also introduce the LGA 4677 socket which will be replacing the LGA 4189 socket for Intel’s upcoming Cedar Island & Whitley platform which would house Cooper Lake-SP and Ice Lake-SP processors, respectively. The Intel Sapphire Rapids-SP Xeon CPUs will also come with CXL 1.1 interconnect that will mark a huge milestone for the blue team in the server segment.

Coming to the configurations, the top part is started to feature 56 cores with a TDP of 350W. What is interesting about this configuration is that it is listed as a low-bin split variant which means that it will be using a tile or MCM design. The Sapphire Rapids-SP Xeon CPU will be composed of a 4-tile layout with each tile featuring 14 cores each.

It looks like AMD will still hold the upper hand in the number of cores & threads offered per CPU with their Genoa chips pushing for up to 96 cores whereas Intel Xeon chips would max out at 56 cores if they don’t plan on making SKUs with a higher number of tiles. Intel will have a wider and more expandable platform that can support up to 8 CPUs at once so unless Genoa offers more than 2P (dual-socket) configurations, Intel will have the lead in the most number of cores per rack with an 8S rack packing up to 448 cores and 896 threads. 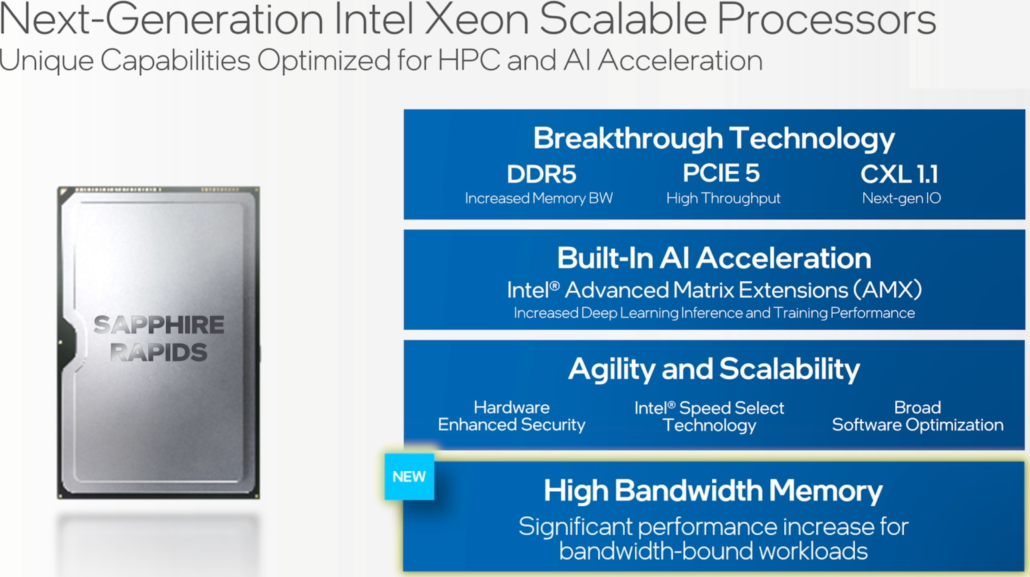 The Intel Saphhire Rapids CPUs will contain 4 HBM2 stacks with a maximum memory of 64 GB (16GB each). The total bandwidth from these stacks will be 1 TB/s. According to leaked details from AdoredTV, HBM2 and GDDR5 will be able to work together in flat, caching/2LM, and hybrid modes. The presence of memory so near to the die would do absolute wonders for certain workloads that require huge data sets and will basically act as an L4 cache.

AMD has been taking away quite a few wins from Intel as seen in the recent Top500 charts from ISC ’21. Intel would really have to up their game in the next couple of years to fight back the AMD EPYC threat.

Which server lineup do you think will offer the best feature set for enterprise markets?