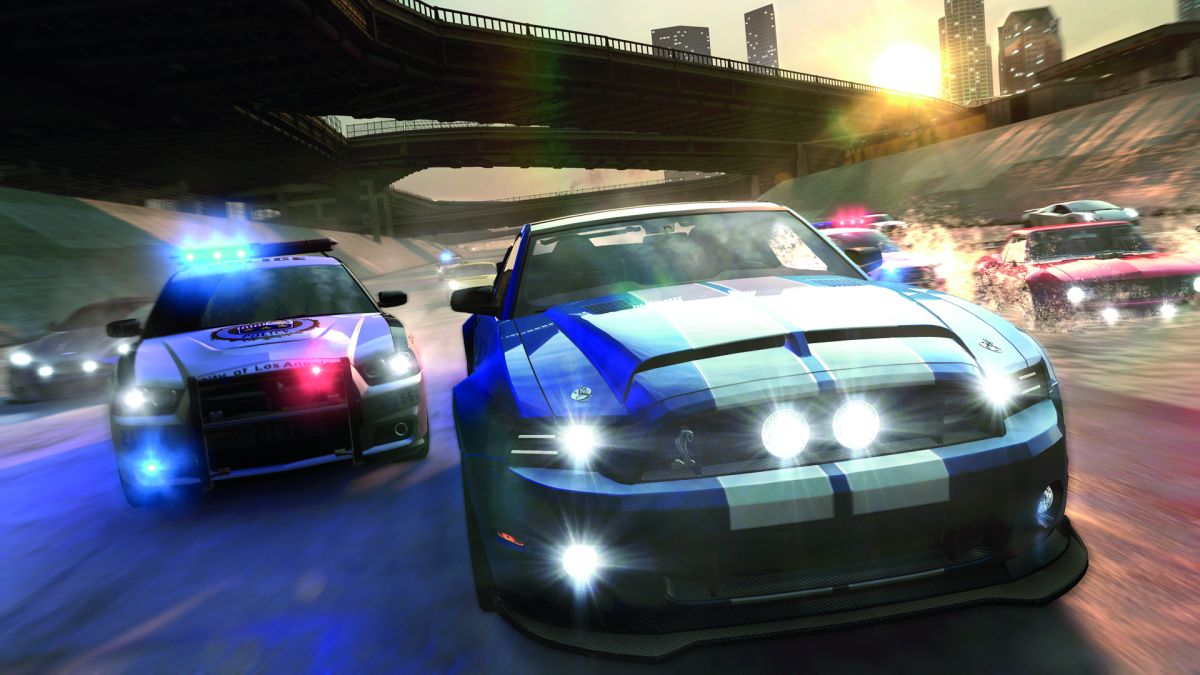 This article first appeared in PC Gamer magazine issue 258 in July 2021, as part of our ‘DNA Tracing’ series, where every month we delve into the lineages behind iconic games and studios.

During the ’90s, most driving games were straightforward circuit racers, and the Newcastle studio’s Destruction Derby series appeared no different—sending stock cars around figure-of-eight loops ad infinitum. Only when an inevitable pile-up happened did Reflections’ specialty emerge: realistic physics and crunchy collisions.

Those traits were finally set free by Driver in 1999, another driving game, but crucially, not a racing game. Studio founder Martin Edmondson embraced his first love of car chases, setting getaway missions against the urban grids of Miami, San Francisco, LA, and New York (as well as a chunk of Newcastle upon Tyne’s city centre, as a secret unlock). Reflections infused these streets with the same world-class physics play as simulators like Gran Turismo, but with a different goal in mind—capturing the sway of the 1968 Ford Mustang in Bullitt as Steve McQueen executed a right-angle handbrake turn. This was no longer sport but cinema, a stylish and dangerous dive into a criminal underworld.

It was a breakthrough in 3D city exploration, and Reflections was the first. But up in Edinburgh, another developer influenced by a similar set of films was catching up. By the time Driver came back to the PC, Rockstar North had put out GTA III and Vice City, yoinking the soft suspension and mission formats Reflections had pioneered and taking the formula three steps further. One of GTA III’s missions even tasked you with bumping off a yakuza wheelman named Tanner, after Driver’s protagonist—a taunt Reflections seemed unable to resist in the years that followed.

Driver 3 remains notorious, the Cyberpunk 2077 of its day in terms of the gulf between public promise and unrealised ambition. Played today, it proves a surprisingly robust car game—its lively driving model clearly built by the same experienced team that threw muscle cars around Miami in 1999. Some of the missions are series standouts, too, like the race to pick up three stolen cars and pile them onto a moving truck before it reaches its destination—less an A to B journey than the full alphabet.

The cities themselves, meanwhile, are satisfying to navigate – particularly the undulating veins that connect the beach vistas of Nice, and the tight, challenging Gecekondu shanty towns of Istanbul. There’s nothing quite like hearing the call to prayer echoing off the mosques midway through a combined car, boat, and bike chase—a veritable vehicular triathlon.

But critics were right to condemn Driver 3’s on-foot sections, which were shockingly underdeveloped. The shooting, which resembled Max Payne-lite, was everything Reflections’ driving had never been—weightless, awkward, and devoid of satisfying feedback.

“In Driver 2 [on PlayStation] you could get out of the car,” Martin Edmondson points out. “People forget that it came out before Grand Theft Auto [III], so it was just a natural progression. We’d done 50 missions locked in the car. But the problem with Driver 3 is that we took on far too much work, and in areas that we just didn’t have a massive amount of experience in.”

Reflections’ owner, Atari, set an immovable deadline for the game, and so it came out unfinished. Sales were strong, which must have helped a publisher in severe financial straits, but the reputational damage permanently relegated Driver from the biggest leagues of driving action. It’s perhaps unsurprising that Edmondson, unhappy with Atari’s decision-making, left the company soon afterwards. The next Driver game, Parallel Lines, settled into second place behind GTA—aping its openworld structure and lock-on weapon targeting. Finally, Reflections had mastered on-foot combat that was perfectly inoffensive—but players had moved on, and it was tough to make the case for why they should care.

Enter Ubisoft. The publishing behemoth bought up Reflections in 2006, and one of its first acts was to invite Edmondson back as game director for a reboot of Driver. Named Driver: San Francisco, it returned the series to its classic setting. And through a high-concept conceit, it stripped away the pedestrian plodding that had held the studio back for a decade, allowing players to instantly shift between any car in the city at will. The entire game took place in the protagonist’s head, and felt like a driving reverie. The drifts were wider than ever, every citizen hopped out of your path just in the nick of time, and the lampposts popped out of the ground on contact with a bumper, no impediment to your fantasy fun.

Despite stellar reviews, Driver: San Francisco didn’t reach the sales heights of Reflections’ early years. But its lesson—that the studio should embrace its core skill set and leave the shooting to others—was heeded. Reflections became Ubisoft’s in-house driving expert, applying the handling tools built for Driver to the likes of Watch Dogs and Ghost Recon Wildlands—projects on which the lead developers had little experience with vehicles. It backed up Ivory Tower on The Crew, lending its experience as the planet’s most seasoned open-world driving team to a condensed-but-huge version of the entire US.

That would have been a poetic ending to the story of Reflections. But the studio’s work to help out its parent corp ultimately thrust it back into the spotlight. Reflections had attempted to make a procedural animation tool for use in early character prototyping across all of Ubisoft’s studios—but the results looked so daft, they birthed a new character instead: BUD.

A tiny red robot, BUD could stumble around and grab onto objects. His bumbling charm led a team within Reflections to build a beanstalk climbing game around him, which became Grow Home. There are no wheels on BUD, and he doesn’t screech when turning corners so much as chirrup like a happy modem. But his existence is testament to the joy of movement—and what’s more Driver than that?