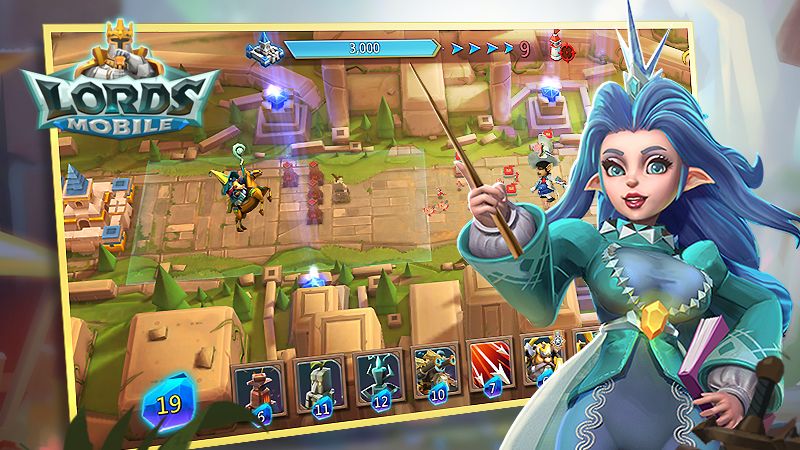 The award-winning game, which you can get for free right now from Steam, the Google Play Store, and Apple’s App Store, has grown significantly since its launch in 2016 and this Tower Defence mode is one of its biggest updates yet. The multi-staged mode, which you can enter via the main menu, tasks you with defeating or surviving an enemy onslaught with a card-based system.

Each battle will see you starting with 3 cards, which will increase the further into the mode you get. There are four types of cards, including the Verge Officer, Verge Soldier, Verge Tower, and Verge Skill.

The Officer card is a Hero-type, but you can only field one of these on the battlefield at any given time. The Soldier card allows you to spawn in any number of troops you want, which is handy if you want to push the enemy back, while the Tower card is a Tower that can repel enemy forces, but it will take up a tile on the playing area, so you’ll need to think about where you’ll place it. Finally, the Skill card allows you to utilize a special ability, but it does come with a cooldown which means you’ll need to decide when is the perfect time to strike.

When you start a round, you’ll be able to place your chosen cards on the battlefield, and you’ll start with some Aether, the material which allows you to summon cards. From there you’ll battle your way through three stages. The first sees you trying to destroy an enemy’s stronghold, the second with destroying all of an enemy’s towers, and the third with defeating all enemies.  Of course, you’ll have to deal with your adversary chucking lots of monsters at you, so be prepared to tweak your tactics on the fly.

Once you’ve finished the first three stages, you’ll get the opportunity to open a Verge Chest – which gives you a chance to earn new cards or upgrade the ones you’ll already own. These short and sharp strategic battles add an extra dimension of fun to the Lords Mobile experience, so give them a try by downloading the game for free on Steam now.