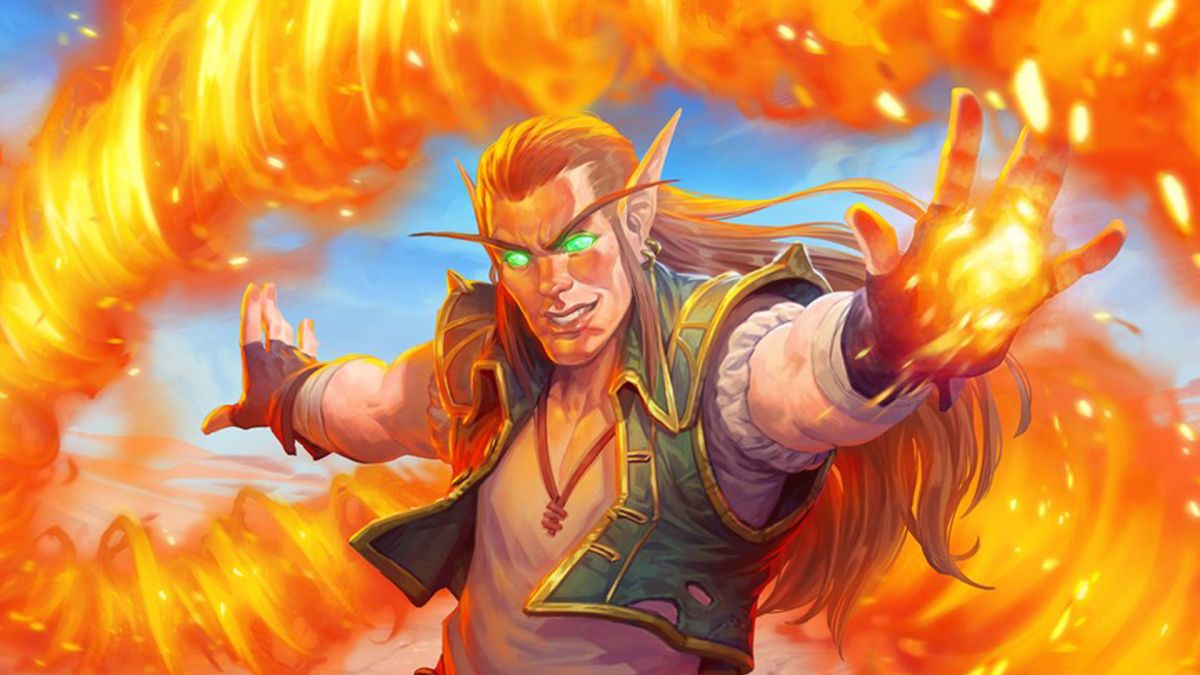 
These days, Hearthstone patches arrive with the frequency of particularly aggressive buses. Look, here’s another, and it’ll actually be live today, with bug fixes and balance updates for both Standard and Battlegrounds. The patch notes are live now, which means we can find out what’s going to happen before it happens. Exciting, no?

The update to Standard brings nerfs to Refreshing Spring Water, Hysteria, Crabrider, and Olgra, Mankrik’s Wife, and a sort of up-down tweak to First Day of School, which had its cost increased from 0 to 1 but now adds three random 1-Cost minions to your hand instead of two. Here’s how it breaks down, and why:

As we look at Paladin’s continued strong performance across multiple archetypes, we’re nerfing First Day of School in order to hit Paladin’s early-game strength. By bumping up First Day of School’s mana cost and the amount of 1-Cost minions generated, we are moving the card to fit a value role rather than its initial position as an efficient curve enabler.

At 3 mana, Hysteria becomes an option before opponents really have the opportunity to consider how to best interact with it. Pushing Hysteria to 4 mana gives more space for those board-committal decisions to occur and also allows cheaper removal in Priest/Warlock to have a more distinct purpose.

Crabrider is too efficient in some of our board-based decks, clearing minions and dishing out a lot of Windfury damage. By changing Crabrider’s Windfury to only last until end of turn, we’re pulling back on the lethality it poses if left alone for a few turns. We aim for Crabrider to still remain a solid option for decks looking to swing back the board, especially when combined with buffs.

We are lowering the Health on Mankrik, Consumed by Hatred to soften the effect of an early Olgra draw. At 7 Health, the token will be more in reach of the mid-game removal that’s available throughout turns 4-6.

There is one surprising omission though: Incanter’s Flow. It’s the Mage card which is so egregiously powerful that Hearthstone caster Darroch Brown recently tweeted out a supercut of Grandmaster players reacting in horror and frustration to the card being played last weekend.

I doubt it would get official approval so I give the true top moments of specialist GM: Mr Blue Card pic.twitter.com/oo0KAbyHKUMay 10, 2021

As always, the above cards will all be eligible for a full dust refund for two weeks after the update goes live.

Unusually, there are also a good number of buffs on the way, “mainly focused on bringing up struggling classes and archetypes”. *cough* Shaman.

On the Battlegrounds side, Barrens Blacksmith will be removed from the minion pool, and a handful of other minions have been toned down slightly—or not so slightly, in some cases—mainly to bring the recently-added Quillboar tribe into check.

We’re working to fix a bug for non-English languages where card text translations for Battlegrounds Minion changes in 20.2.2 are not appearing updated in-client, despite functionality of Minions being updated. We will provide an update and ETA soon.May 12, 2021

And finally, the bug fixes:

The Hearthstone 20.2.2 patch is set to go live later today. We’ll let you know when it does.