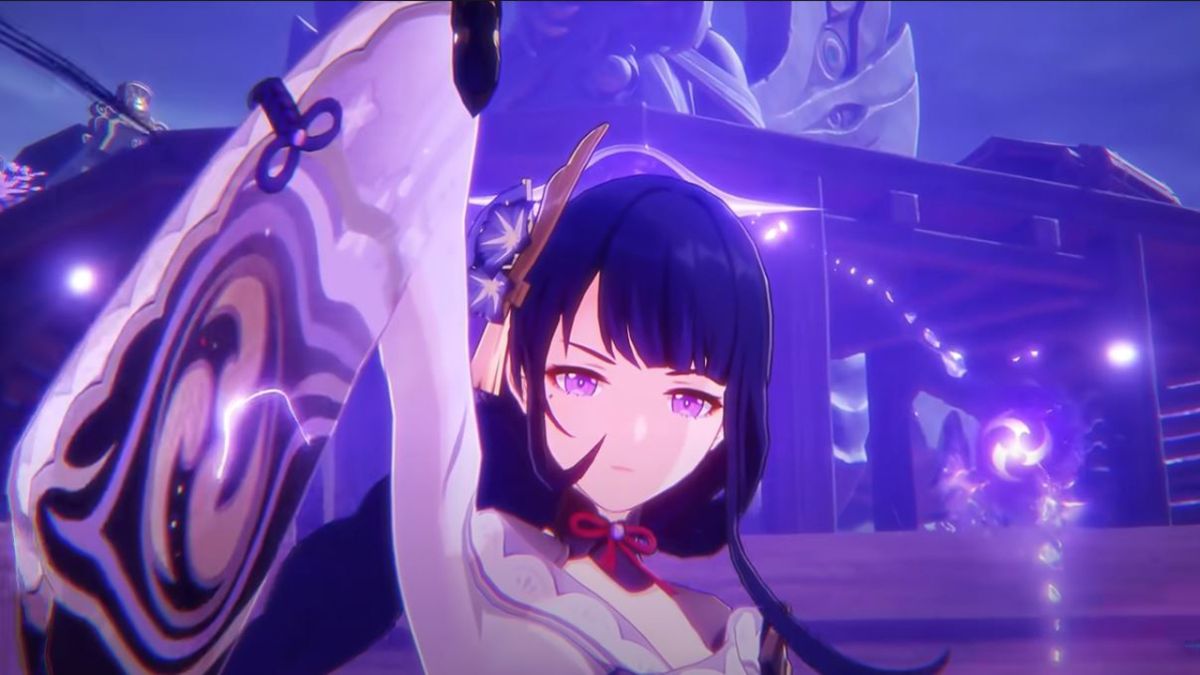 
Want to know how to beat Baal in Genshin Impact? Now that Genshin Impact 2.0 is in full swing, we’re adventuring in Inazuma and exploring everything the new zone offers. Of course, it’s not all tea houses and blossom trees—there’s a pesky Electro Archon you’ll need to deal with too.

You’ll confront Baal—also known as Raiden Shogun—during the second act in Chapter 2, but rumour has it she may be playable at some point in the future. For now, you need to fight her. Here’s everything you need to know about Genshin Impact Baal, and when we may be able to play as her.

Can you defeat Baal in Genshin Impact?

If you’re trying to figure out how to beat Baal, you’re out of luck. You can push her into the second phase by taking down her health by a quarter. But even if you make it through the first phase intact, there’s no way you’ll have the damage to beat her, especially once she activates Vision Hunt Decree in phase two.

This leaves just the Traveler on the battlefield, as all other characters won’t be able to use their elemental abilities. A cutscene marks the end of the fight.

When is the Genshin Impact Baal banner release date?

There’s been no official word from miHoYo at this time, but according to Genshin Report, she’s likely to get a release during the Genshin Impact 2.2 update in November.

To my current knowledge, Baal / Raiden will not be playable in Version 2.1I’ve been told they have other characters currently planned. This could obviously change, but that’s what I’ve been told#原神 #原神アプデ情報 #Genshin_Impact #genshinimpact #Inazuma pic.twitter.com/veSHOms49NJuly 10, 2021

As with previously unconfirmed characters, we’ve got a good idea of Baal’s abilities from Honey Hunter World.