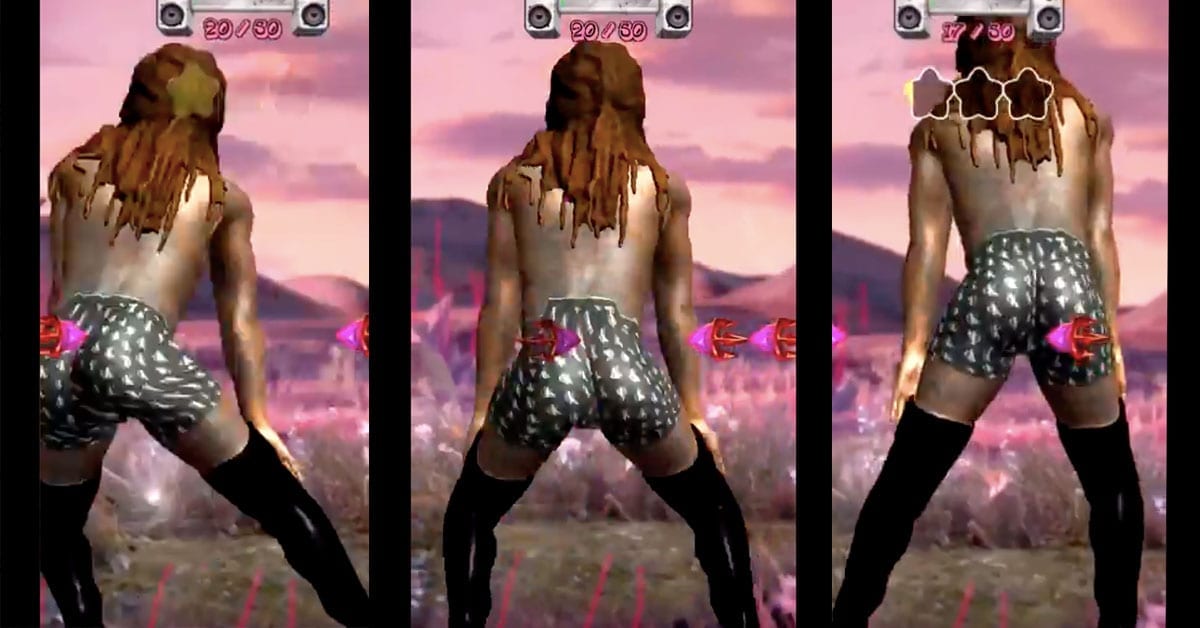 Everyone has that ONE game. That one influential game that changed their way of living, that opened their eyes and challenged them in ways no other media has done before. That game, it sticks with you. It shapes you into a better human than you were before you discovered it.

For me, Twerk Hero is that game.

I’m no stranger to a good rhythm game – I have more hours in the Persona dancing games than I care to admit. In fact, I would go as far as to consider myself a connoisseur of the rhythm genre. But one area of this genre I’ve always felt disappointed by is the narrative. No more.

To fully appreciate Twerk Hero, one must understand how the social context in which it was released has impacted the Call Me By Your Name Extended Universe.

21-year old US rapper, singer and songwriter Lil Nas X released a new song – MONTERO (Call Me By Your Name) – last month. This global smash hits music video only added fuel to the fire of conservative controversy it found itself under.

Conservative politicians and commentators found the Christan imagery ‘disrespectful’. Main criticisms were directed towards the pole dancing down to Hell and the seductive lap dance the main character gave the leather-clad Devil. All of which feature in Twerk Hero, for more context.

Call Me By Your Name, and, by extension, Twerk Hero, are a celebration of shameless sexuality in defiance of a society that embeds shame in its queer community.

Short, but sweet, Twerk Hero is a rhythm, browser-based game with touch-screen controls. Complete with physics-based butt jiggles, this booty-shaking video game has four levels, all inspired by iconic scenes from the infamous music video.

Call it censorship of the gaming press, but I was talked out of giving it our first 10/10 score by my coworkers. I have to admit though, they were right. I was blinded to its flaws by the raw power of physics-based twerking. The game was over in five minutes. Whilst they may have been the greatest five minutes of my life, I was left wanting more.

As soon I launched Twerk Hero, developed by Roni Games, I was hit with a powerful sense of nostalgia. The graphics are akin to the Flash browser games I played as a child, confused and full of shame about my own sexuality. Basing it in a Unity engine was a powerfully creative and bold decision.

It’s Lil Nas X, what are you expecting to read here??

Twerk Hero tells a bittersweet story of love, lust and loss. Poignant moments, such as twerking on the Devil, are underpinned with this sense of defiant self-love. It’s a cerebral exercise, nay, a literary masterpiece, that GCSE English students will be writing about for decades. Play it for free on PC!