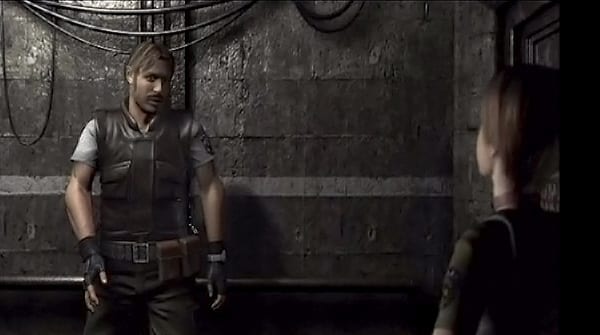 Enrico Marini, a respected vice captain and team leader of S.T.A.R.S, operates under the infamous Albert Wesker. The S.T.A.R.S leader will be played by Sammy Azero in the movie reboot [via RelyOnHorror].

Appearing briefly in the original Resident Evil and its 2002 remake, as well as having a cameo in RE0, there was something quite lovable about good old Enrico. We’re looking forward to seeing his role in the reboot!

Next up we have the character Ben Bertolucci, who will be played by composer and actor Josh Cruddas.

In the world of Resident Evil, Ben is a freelance journalist who works in Raccoon City trying to uncover the origins behind the Spencer Mansion incident. Sadly Ben gets too close to exposing the truth and ends up being arrested by Chief of Police, Brian Irons.

“Resident Evil fans! Had the REdiculous honour to play my first video game/comic book character last month and though I know Ben Bertolucci is way better looking than me, thrust us on this one 😉

“Huge thanks to Constantin Film and the entire team! ” said Cruddas.

When we were first introduced to Ben in the original 1998 Resident Evil 2, I felt a little sorry for him. Not only did he find himself being wrongfully arrested by the corrupt Chief Irons, but Leon S. Kennedy was very rude to our Ben.

Perhaps Leon has an issue with journalists? Sure he wasn’t quite as mean in the 2018 remake, but he could have had a little more sympathy for Ben’s situation. Let’s hope that Leon is a little nicer to Ben in the movie!