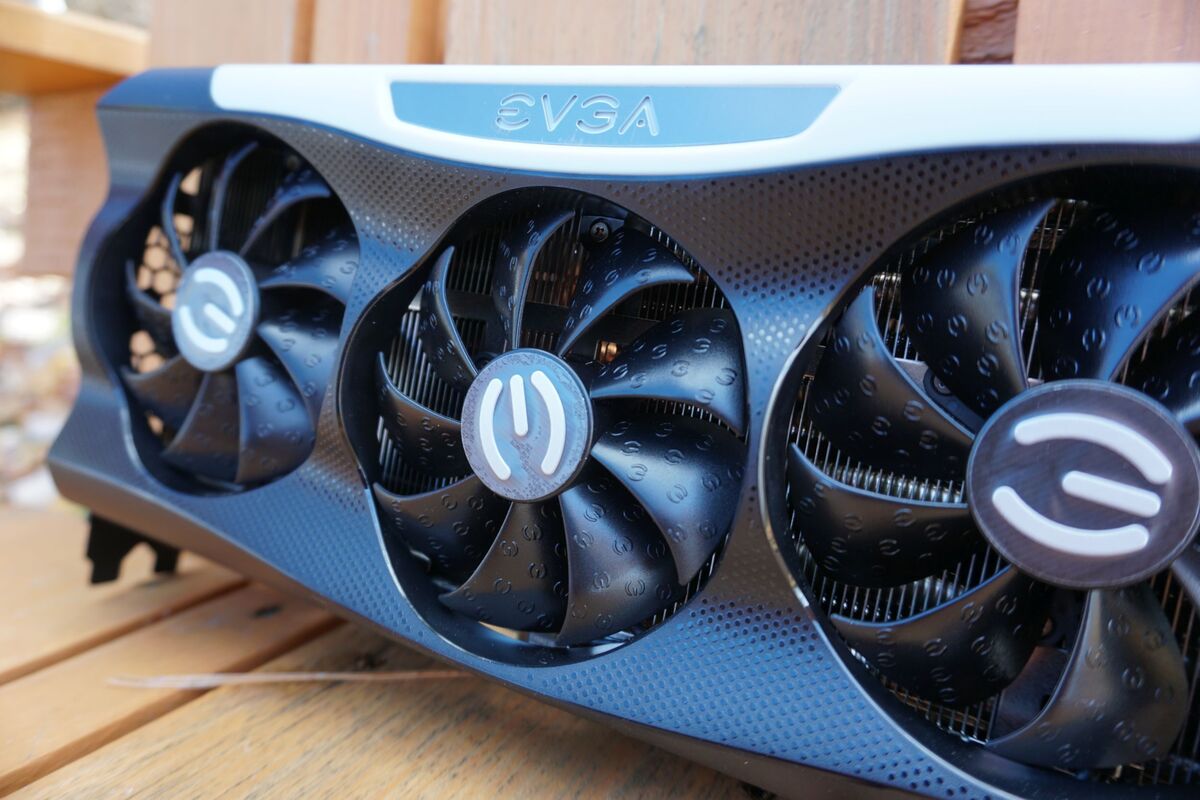 The GeForce RTX 3070 is a fantastic GPU, delivering face-melting performance on a par with that of the former $1,200 RTX 2080 Ti flagship for a stunning $700 less, as we covered in our comprehensive RTX 3070 Founders Edition review. Nvidia’s Founders Edition is a fine option if you plan to simply stick your graphics card into your system and get to playing. But if you want to push your hardware’s performance to the brink of what’s possible, consider EVGA’s GeForce RTX 3070 FTW3 Ultra.

Like the fantastic EVGA RTX 3080 FTW3 Ultra, this 3070 incarnation costs a steep premium—$610, versus the Nvidia FE’s $500—but you’re paying for every overclocking-friendly feature you could ask for. While Nvidia shrank the RTX 3070 Founders Edition design, which affected noise levels, EVGA stuck to a beefy 3-slot build for the FTW3 Ultra, using heavy metal to tame the Ampere GPU inside. EVGA supplemented the massive cooler with all sorts of tools that make it easier to top the 3DMark leaderboards, like dual BIOSes, several integrated temperature sensors to monitor various parts of the card, a dedicated fan control header, and more.

Here’s a recap of the GeForce RTX 3070’s key technical specifications, compared against its direct predecessor, the $500 RTX 2070, as well as the $1,200 RTX 2080 Ti with which it trades blows in gaming performance.

EVGA changes only two key underlying technical specs with the RTX 3070 FTW3 Ultra, with the rest of its rejiggering dedicated to the cooler design and extra features. Most people will notice the increased clock speeds first. While the RTX 3070 reference specification hits a 1,725MHz boost clock, EVGA cranked the FTW3 Ultra up to 1,815MHz, a 90Hz increase. That gives it an out-of-the-box boost in gaming frame rates. It’s a small bump, but as you’ll see in our benchmarks section, it’s enough to move past the RTX 2080 Ti pretty much across the board—something that Nvidia’s Founders Edition couldn’t quite manage.

If you’re buying this card, though, you’re probably not planning to stick to stock speeds. Just as important to the FTW3 Ultra’s mission is its increased power requirements. Stock RTX 3070 cards draw 250 watts over a single 8-pin power connector, coming from a recommended 550W power supply. In its quest for overclocking glory, the FTW3 Ultra bumps that up to a pair of 8-pin power connectors and recommends hooking the card up to a sturdier 650W power supply. (There’s no need to fiddle with ugly 12-pin adapters like you do with Nvidia’s Founders Edition, however.)

EVGA puts the power to good use. This custom card ships from the factory with a higher 275W power limit enabled. Overclockers can crank the power limit up another 11 percent (to 305W) in GPU software like’s EVGA’s stellar Precision X1. Modern Nvidia GPUs get faster when you feed them more power, and like EVGA’s other FTW3 options, the 11-percent power limit increase is probably higher than what you’ll see in most rival custom RTX 30-series GPUs.

EVGA stuck with a gargantuan triple-slot cooler in its quest for overclocking supremacy. The FTW3 Ultra measures 11.8 inches long and 5.4 inches wide, and a chunky three slots thick.

The design largely (but not exactly) mirrors the custom cooler included with the step-up RTX 3080 FTW3 Ultra, which we covered in depth in our review of that card. In brief, the RTX 3070 FTW3 Ultra includes a massive heat sink infused with multiple copper heat pipes. EVGA says it redesigned the heat sink to allow air to move more freely throughout, then matched that with cut-outs in the custom PCB and aluminum backplate to let air flow through the card (perhaps in a nod to the Founders Edition’s unique flow-through design).

It’s topped by three large second-generation “HDB” fans in its wavy shroud. They won’t kick on until the GPU becomes stressed, creating a silent desktop experience. Each fan is independently controlled to better react to the temperature needs of the hardware directly underneath it.

That fine-grained temperature control is a key selling point for EVGA’s graphics card. Most GPUs only report singular measurements for GPU and maybe VRM temperatures. The RTX 3070 FTW3 Ultra packs not one, not two, but nine additional iCX3 sensors embedded throughout the card, letting you see temperature readings for different parts of your GPU, memory, and voltage regulation systems. EVGA introduced iCX technology in the GeForce GTX 1080 Superclocked 2 following a (mostly overblown) cooling controversy. It remains a killer exclusive feature for graphics card nerds. If you’re overclocking the FTW3 Ultra to its limits in a bid to top competitive leaderboards, the iCX sensors are an invaluable resource. It’s less useful (but still cool) if you aren’t into hardcore tinkering.

There are more welcome extras for overclockers as well, including a dual-BIOS switch on the edge of the card. We test with the stock BIOS, but the secondary “OC” BIOS increases fan speeds to reduce temperatures and give Nvidia’s GPU Boost feature more thermal headroom to potentially hit higher clocks. That’s handy as-is for people who prefer one setting or the other, but a dual-BIOS switch is precious for overclocking. If you push things too far with an overclock and lock up your system, being able to flip a switch to a secondary BIOS to get back in and start troubleshooting is a godsend.

EVGA also equipped the FTW3 Ultra with a PWM fan header on the end of the card. You can plug one of your case’s PWM fans into it and have the fan be intelligently controlled directly by the graphics card’s temperature, rather than by your motherboard. Rival graphics cards like Asus ROG Strix have offered this before, and it’s most useful if you use your card to control a front case fan pointed directly at the GPU. Next to the fan header, you’ll find an ARGB header that you can plug into your motherboard to tie it together with your graphics card’s chosen lighting.

Both features can be controlled via EVGA’s clean, easy-to-use Precision X1 software, which also provides access to iCX monitoring, an on-screen display that shows vitals during gaming, and overclocking controls—including an easy-peasy OC Scanner tool for modest one-click overclocking tied to your specific GPU’s particular capabilities.

Like its 3080 sibling, the EVGA GeForce RTX 3070 FTW3 Ultra features a large, enthralling RGB light strip along it edge. The color of the RGB strip when you have the RGB off looks different—worse—on the RTX 3070 version, though. On the RTX 3080 FTW3 Ultra, the strip looks metallic, with EVGA and GeForce logos emblazoned on it in white letters. The 3070 version flips that, using dark letters against a milky-white translucent strip. I’m not a fan. The 3080 FTW3 Ultra looks beautiful with the RGB lights on or off, but that white chunk sticks out like a sore thumb on the otherwise dark 3070 FTW3. It’s gorgeous when illuminated, though.

Speaking of aesthetics, it’s worth noting that our 3070 FTW3 Ultra still includes the…controversial…red trim on both ends of the card, which definitely looks out of place on this design. EVGA tells me that all production models that hit the streets will have black trim instead. Hallelujah.

That plays into another reason to consider this card: EVGA is known for being very responsive to customer feedback. The company gets high marks around the web for its stellar customer service and EVGA Step-Up Program, and it won the hearts of enthusiasts in recent weeks when it instituted a queue-based system for orders on its RTX 3080 and 3090 offerings, in the face of ongoing overwhelming demand for Nvidia’s new GPUs.

But enough design talk. Let’s get to the benchmarks.