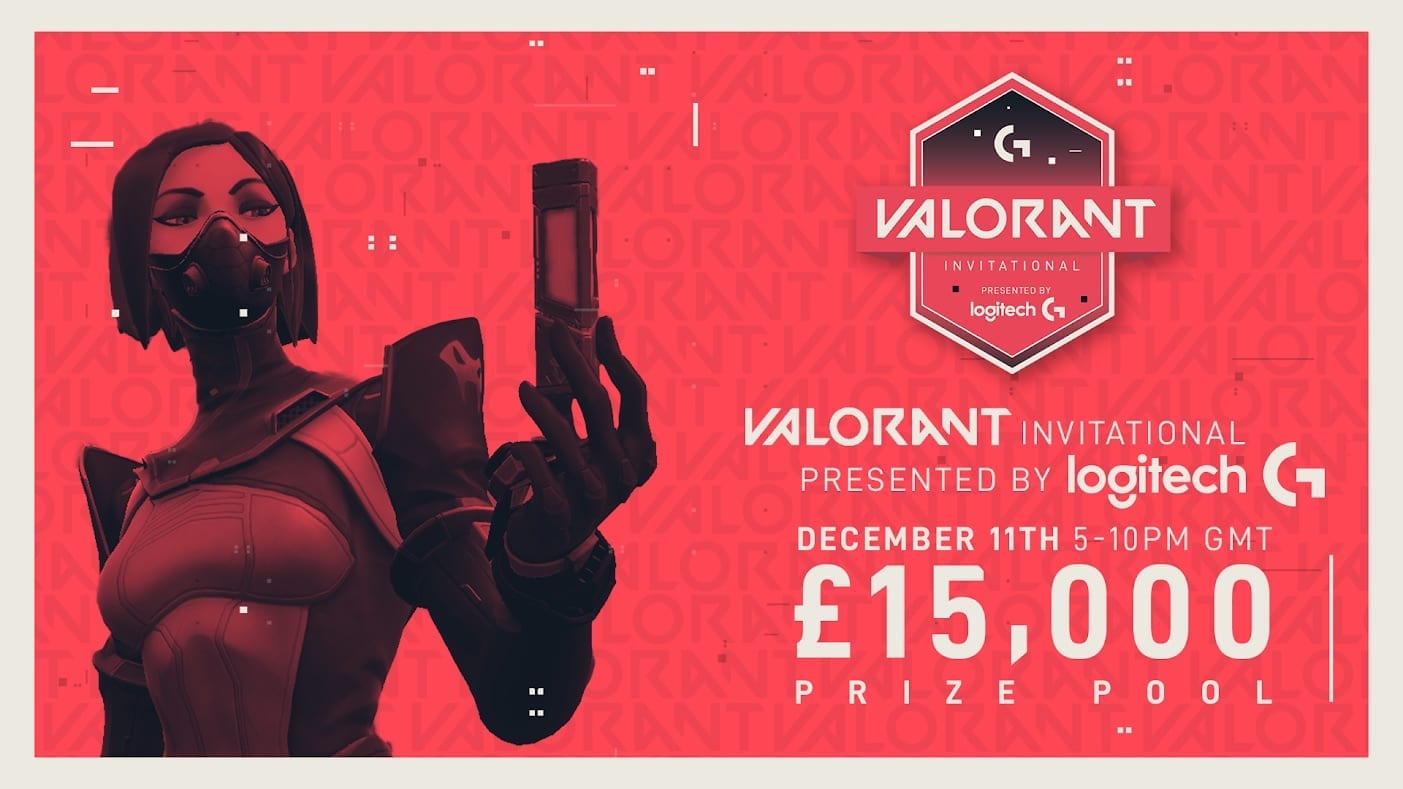 On December 11, Logitech G UK is hosting a Valorant tournament that promises to be one of the most exciting esports events of the year. The tournament will see your favourite streamers duke it out with a prize pool of £15,000 to be won. There’s even a way for viewers to get involved, with lots of prizes up for grabs!

The action kicks off at 5pm and will run until 10pm (GMT). Who’ll be our Logitech G x Valorant champion? With some of the biggest names on the Valorant scene taking part, it really is anyone’s game!

Riot Games’ first-person tactical shooter Valorant first opened in beta in April of this year before its official launch in June.

With a focus on skill, dexterity and tactical gameplay, Valorant since become an unstoppable powerhouse, causing a stir among FPS fans and quickly cementing itself as a seminal pillar of the esports community.

Less than a year after its global release, Valorant has already climbed its way to becoming one of the biggest new games in the world of competitive gaming.

For the Logitech G x Valorant tournament, 16 teams comprised of Europe’s top streaming talent will be going head to head for their chance of winning.

Who will be taking part In The Logitech g x Valorant Tournament?

The streamers taking part in the tournament include the UK’s incredible Onscreen, the one and only Nookyyy, plus the likes of Maikelele, cNed and more. For the full list of confirmed captains, check out the names – and their Twitch channels – below!

How will it play out?

There will be 16 teams competing in the tournament. Each team will include one captain from the list above, along with two of their chosen players, and a further two community members.

Each game will be double elimination, and follow a best-of-one structure, while the final will take the standard best-of-three format.

Starting at 5pm the tournament will run for 5 hours until 10pm (GMT) on Friday, December 11.

The prize pool is £15,000 GBP with prizes going to first, second and third place.

How can I get involved?

If you want to get involved then make sure to let the streamers taking part know! You have to be part of their community though, so don’t think you can just jump in and be a part of it.

During the streams, there will be plenty of prizes to win too. So, make sure you’re watching as many of the streams as possible to increase your chances of winning!

Where can I watch The Logitech G X Valorant Tournament?

All of the players listed will be streaming their rounds to millions of followers on Twitch from 5pm (GMT).

You can check out all of their channels by clicking on their names above.

With a prize pool of £15,000 and the opportunity to claim themselves as some of the best Valorant players in the whole of Europe, this is one event you definitely don’t want to miss!

Part of a paid partnership between GameByte x Logitech G.