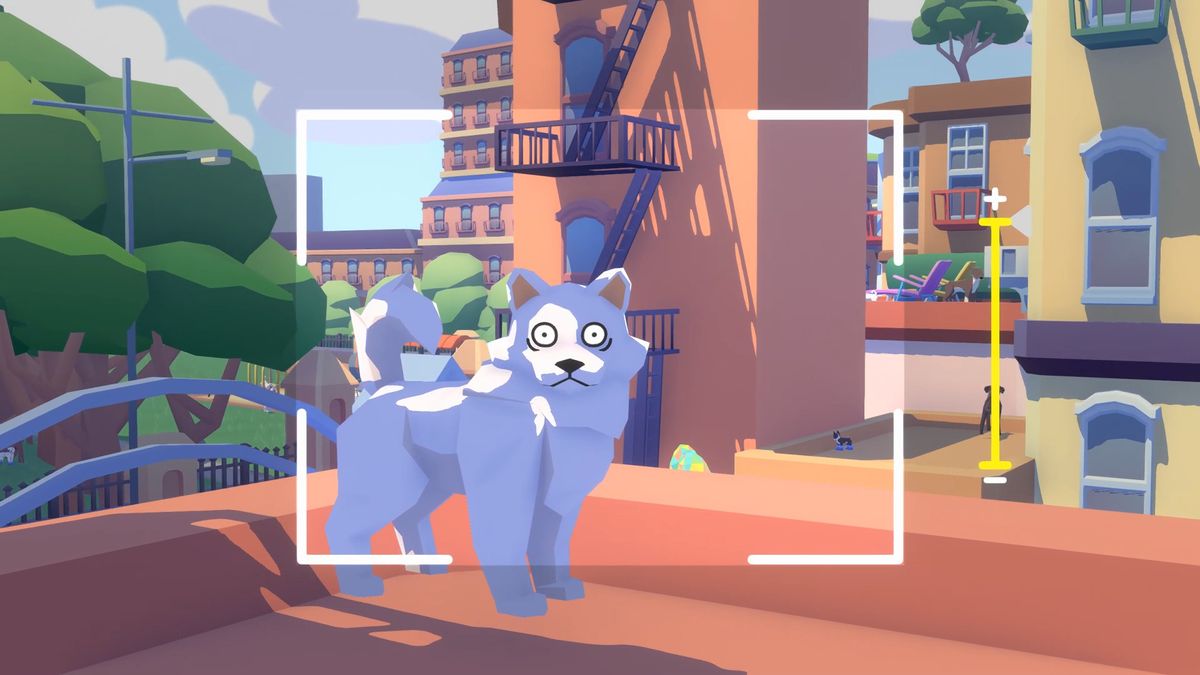 There was a heck of a lot of indie games at E3 2021. The Wholesome Games Direct and Guerrilla Collective show featured more than 70 indie games each, and there were indie trailers in the Summer Game Fest, Future Games Show, Devolver Direct, Upload VR showcase, and our own PC Gaming Show. It all went past in a blur, but for the makers of those games, was it a blur worth being in?

The trailer for Soup Pot by Chikon Club stood out. It’s a game where you follow actual recipes to cook dishes from around the world, with a dedication to 3D modelling a real activity while having it seem stress-free that makes it look like PC Building Simulator for the kitchen.

That memorable trailer apparently did the trick. Soup Pot was wishlist 9,000 times on Steam after being shown during Summer Game Fest, according to Chikon Club business developer Gwen Foster. It was the biggest spike in wishlist numbers since Soup Pot’s Steam page went live.

Adding a game to your wishlist isn’t the same as buying it, of course. Valve’s Aravind Moorthy has estimated that 19% of wishlists convert into sales in the first year of the average game’s life, though the exact number can differ widely. Given that Soup Pout’s trailer cost USD 2,000 to make (“normally local creatives get paid $100-$300 and we thought that was unfair”, says Foster), she calculates that 117 of those people need to buy Soup Pot to cover its cost. That’s 1.3%, which seems like an easy target.

Direct sales conversions aren’t the only value of wishlists. The mysterious Steam algorithm factors in the number of people who’ve wishlisted a game when determining what to highlight in places like the Discovery Queue featured boxes, and the Popular Upcoming section. All those coveted positions put games in front of customers and can result in more wishlists, keeping them there longer. If indie developers seem obsessed with wishlist numbers, this is why.

Paparazzi by Sundae Month is a photo safari game about snapping shots of cute dogs that was announced at 2020’s Wholesome Games Direct and followed up with a 30-second trailer in the 2021 edition. Tanya X Short, captain of Pupperazzi publisher Kitfox Games, says those 30 seconds resulted in thousands of new wishlists—twice as many as the original announcement.

“You can never really tell what will happen beforehand, but Wholesome Games Direct was excellent for us,” she says, “even though many people don’t consider it part of the ‘main’ E3 for whatever reason.” The video was cut together out of their own footage of the Muttropolis level, “so it was just a few days of effort… at least, after we had that level properly optimized for taking footage, which was important work anyway.”

Lakeburg Legacies, a medieval management sim with a focus on the love lives of villagers, hadn’t been revealed before E3. It was announced during the PC Gaming Show and seems to have done well out of it. “We got 8,000 wishlists in less than 24 hours after the reveal of the game, which was awesome”, says Bruno Laverny, communications and marketing director of Ishtar Games. “And now, one week after the reveal, we already have more than 15,000 wishlists, and we’re very happy about it. To give you a comparison, the announcement for our previous game, The Last Spell, only got us around 800 wishlists in one day.”

Ishtar Games spent a fair bit on the trailer: €10,000, which comes to just under USD 12,000, or around $206 per second. “It’s money well-spent on our end because that gave us the best visibility we could ever hope for,” Laverne says.

Valuable as Steam wishlists are, they’re not the only measure of success for an E3 showcase. Word of mouth is important too, and thanks to social media, game developers can see it happening. Laverne says that Lakeburg Legacies “got a lot of mentions on Twitter from people saying how excited they were about the game”, and Soup Pot developer Chikon Club gained 500 followers, while a teaser for a game called Sally that appeared during the Wholesome Direct stream boosted developer Lucid Tales from “around 200 followers” to almost 1,000.

Sally casts you as one of the children crewing a cartoon airship and looks like Animal Crossing at 30,000 feet. Émile Brodeur, president of worker co-operative Lucid Tales, says they have “a pretty unusual and experimental marketing method” for Sally. It’s still in pre-production, so they’re inviting potential players in via behind-the-scenes videos called “Game Dev Tales” as development progresses. “We are using devlogs to connect to our audience and our first devlog is at 8K views on YouTube”, Brodeur says.

YouTube numbers are what matter for Lucid Tales, and the studio picked up around 700 subscribers after the Sally reveal. The small team spent months working on the video, which Brodeur considers worthwhile. “The trailer is entirely in-engine and most of what you see in the trailer is planned to be in the game for now”, he says. “For us, that was how it made sense to produce a trailer without wasting resources.”

For RoboDunk, which is basically NBA Jam with robots, solo developer Gabriele Libera, aka Jollypunch Games, also created a trailer in-house. “I made everything myself apart from the music, so the only cost is the time and work I put into it.” The music is a track from the game’s soundtrack by Giorgio, “so it wasn’t an additional expense.”

RoboDunk was one of only a handful of completely new games revealed during the Guerrilla Collective montage, so Libera doesn’t have anything to compare Steam wishlist numbers with, but says, “I’m pretty happy with how wishlists are going. It’s not an Earth-shattering amount, but it’s healthy.” RoboDunk seems like the kind of game that would be a good fit for local multiplayer and would demo well at conventions, but Libera hasn’t been able to show it off in-person due to Covid-19. E3 filled that gap. “I was happy to see that people’s reactions exceeded my expectations.”

For these indie developers, the work of promotion doesn’t end when E3 does. Following hot on its heels came Steam Next Fest, and several trailers directed viewers to download a demo when the event began. Wolfstride, an RPG about junkyard mechs with a striking black-and-white trailer shown by the Guerrilla Collective, was one of them. Elena Christensen, the PR strategist from indie label Raw Fury, says it’s been downloaded “over 10,000 times, and the Steam discussion board has been increasingly active.” It’s done well on wishlists off the back of that, doubling in number over the last week.

Another game that benefited from additional promotion following its placement in a montage was Paralives. The life-management game’s trailer demonstrated its house-building tools, showing the grid-free placement and curved walls to make players of The Sims salivate. Paralives Studio immediately posted a more in-depth house construction video, 11 minutes long, which takes you from buying a property to capping it off with a roof.

“As a fully crowdfunded studio, it’s essential for us to continually increase our visibility”, says Christine Gariépy, communications director of Paralives Studio. While it’s nice that Paralives was added to 9,000 wishlists within 24 hours of the two trailers going live, for a team funded via Patreon what really matters is paying subscribers. The week following E3 saw them pick up over 700 of those, “which represents an augmentation of more than $5,000 in monthly earnings”. Both trailers were created in-house using assets planned for inclusion in the finished game. “There was definitely a good return on investment!”

The number of games shown at E3 2021 could feel overwhelming at times. How can anyone remember the details of 70 trailers shown back-to-back, never mind 140? But clearly, several viewers noticed and remembered games they were interested in, and the more games are shown, the more likely a variety of niches will be covered. A third of the games shown at E3 2021 were non-violent, and it seemed like as good a year for games about mail delivery and birds as it was for more traditional videogame ingredients like radiation-soaked wastelands, or rocket ships and four-player co-op with shootable undead or aliens.

When it was founded, E3 was by and for the game industry. It’s changed over the years, opening up to the public, to PC games, and smaller developers. It’s still a corporate event at heart, but if there’s going to be a week of concentrated marketing hype it’s only fair that indie developers get to be part of it. Thousands of players respond to indie games at E3, whether they’re about cooking soup or matchmaking medieval villagers or taking photographs of dogs. Like in the Junji Ito comic, there’s a hole out there that’s the right shape for everyone.

Indie games can struggle to stand out on storefronts, but E3 montages are a chance for them to shine, to be put in front of an audience so huge the odds are they’ll connect with someone. “I feel like we indies often are just trying out every opportunity that we can afford to,” says Short, “and sometimes they don’t go anywhere… but this one definitely panned out. We’re really glad we were included and were able to benefit from all the excitement floating around, even if we weren’t on a giant stage in Los Angeles.”