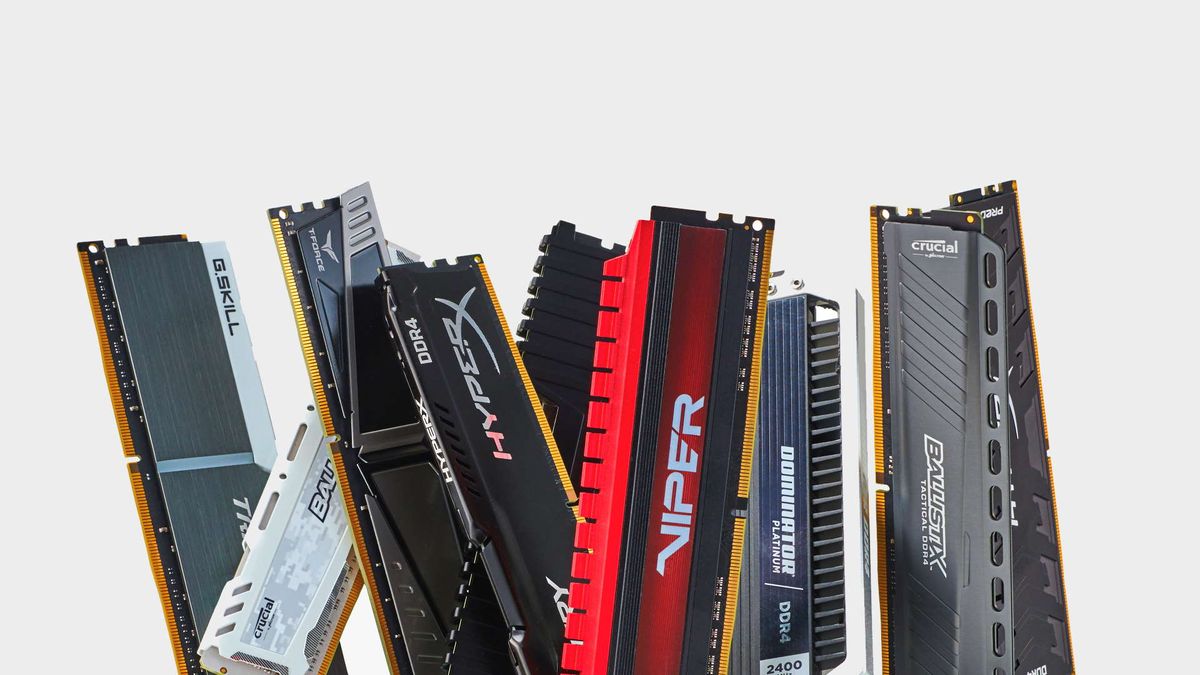 How much impact does system memory have on gaming performance? It’s a subject we periodically like to return to, especially when things change. That happened when Intel released the 11th Gen Rocket Lake platform and the idea of decoupled Gear 1 and Gear 2 memory with promises of super high-speed RAM.

Compared to the 10th Generation Cores, the 11th Gen platform introduced a fundamental change to the memory subsystem, which decouples the memory controller and memory frequency.

A while back we conducted a barrage of tests with AMD’s Ryzen 5000 series, reaching the conclusion that DDR4-3600, with good timings, provided a good sweet spot level of performance, and that you shouldn’t waste money chasing RAM speed for gaming. This time we’re using Intel’s 11th Generation Core i9 11900K, with its promise of enthusiast-level memory overclocking performance.

Have things changed, with the potential for 5,000MHz memory kits, and are we looking at a world where high-performance memory has a tangible performance impact on our gaming machines? Again, it’s a no from us.

Our test system consists of an Intel i9-11900K, set to run at a flat 5.0GHz. This is to ensure that changes to the memory subsystem are more clearly visible, and not unduly affected by turbo modes jumping all over the place.

To date, the Gigabyte board is the the only Z590 that’s let us test the particular G.Skill DDR4-4000 Trident X Royal kit we’re using at DDR4-4800 with complete stability, albeit at voltages we’d not recommend for a 24/7 user. We’re also using a set of TeamGroup Xtreem ARGB DDR4-3600.

Both kits make use of the fancied Samsung B-Die, which is a favorite of overclockers thanks to their ability to run tight timings at a given speed. Most of the brand new Rocket Lake optimised DDR4-5000 kits, on the other hand, are using Hynix or Micron IC’s. Are they impressive? Yes. Practical? No. Expensive? You’d better believe it.

Coincidentally, both Intel 11th Gen and AMD Ryzen 5000 CPUs—despite being wildly different architecturally—actually behave in similar ways when it comes to memory. Much like Infinity Fabric in 1:1 mode, Gear 1 works like a charm up to around DDR4-3600, but from there it gets a lot more difficult, and a switch to Gear 2 is needed.

Even with a purpose-built OC motherboard, such as our Gigabyte Z590 Aorus Tachyon, DDR4-4000 at Gear 1 resulted in a no post. In our testing 3,733MHz was able to boot, but it required far too much SA voltage to make further testing worthwhile.

In a perfect world, we’d test at many different speeds and timings, and even look at different capacities. That’s just not possible unless a week or 3 without sleep is an option. We began with a test at DDR4-2400. This speed is all but irrelevant in today’s market, however, but it’s still a common JEDEC system default and we’ve included the results as a baseline. Running with Gear 2 makes no sense at this speed as you lose too much performance.

We chose to run DDR4-4400 and DDR4-4800 at identical timings purely to see the effect of the increased frequency and memory controller clock.

For our analysis, we tested four games. They are the same games we used in our Ryzen memory analysis article. They are F1 2020, Horizon Zero Dawn, Metro Exodus and an old favourite, Civilization VI. The choice of a driving game, a third person action game, a first-person shooter and a strategy game means that we have a good mix of game genres and engines.

We’ve tested at 3 different settings. 1080p at low settings with a GeForce RTX 3080 which puts the performance bottleneck on the CPU and memory subsystems instead of the GPU. This means changes in memory speeds and timings show up a lot more easily. It’s also highly relevant information for competitive gamers and users with high refresh rate monitors where maximising FPS is ultimately desirable.

Next is 1080p with maximum graphics settings. 1440p is taking over but many gamers are rocking adaptive sync 1080p screens, and will do for some time to come. A card like the RTX 3080 can still be bottlenecked at 1080p even with maximum settings enabled.

4K testing at maximum settings is important to show what, if any, effect Gear 1 and 2 has in graphics limited scenarios. Not everyone is running the latest and greatest GPUs so this data can be useful for gamers who are GPU limited with with older or lower spec cards.

The first thing to check out are the pairs of DDR4-3200 and DDR4-3600 results. This is proof that in gaming Gear 2 should be totally ignored at speeds where Gear 1 is able to run.

The only exception is if you are trying save a few watts of power which might be relevant if you’re running a locked 65W CPU or facing throttling issues. Under a high graphics load the differences are quite minimal but the possibility of giving up 10% or even 20% of potential performance in the case of F1 2020 means you should use Gear 1 wherever feasible.

Things become interesting once you move beyond DDR4-4000 where you’re required to use Gear 2 to hit those speeds. If you’re chasing high FPS then there is a case to make for very high-speed RAM. The question is whether a 5% difference or thereabouts is worth the expense of going from a quality 3,600MHz kit, with low timings at Gear 1, to a very high speed kit that’s fast enough to overcome the memory controller speed trade-off.

Which path you choose will depend on the rest of your system; 3200MHz at Gear 1 will suit a Core i5 11400F and RTX 2060 system, but a system with a Core i9 11900K and GeForce RTX 3090 will gain a little from moving to very fast RAM. Actually, calling it ‘gain’ is a bit of a misnomer, it’s more about minimising a potential bottleneck in selected high FPS scenarios.

In almost all sane cases, it’s not worth the expense. But if you’ve got a lambo in the driveway, who cares? Go for it.

At the other end of the spectrum, there’s basically no reason to go for memory slower than DDR4-3000. Reusing a kit from an older system will do the job with Gear 1, but if you’re buying new, then 3,200MHz should be considered the baseline, with 3,600MHz the sweet spot for performance and value for money.

A good set of 3,600MHz at Gear 1 delivers good low latency and well rounded performance that will suit everyone from a CS:GO player chasing hundreds of FPS, to a multi-screen sim racer, or a Cyperpunk 2077 player immersed in Night City. Unless you’ve got a top spec system to match, or plan to overclock your system until it smokes, there’s really very little reason to shell out the big bucks for very fast memory and single digit performance gains.

The conclusion is that, like a Ryzen-based gaming PC, a Rocket Lake system is best served by a set of DDR4-3600 with decent timings at Gear 1. You need to go around 1,000MHz higher in memory clock at Gear 2 just to match it in performance.

That means buying memory that’s faster than 3,600MHz, but slower than 4,400MHz, is a complete waste of money. Moving to the 4,600MHz+ range is enough to offset the Gear 2 performance trade off, but then you’re looking at paying big bucks. And at that point you would be far better off allocating those extra funds towards a better CPU or GPU.

But then DDR5 is looming, which will change things once more, so we’ll be doing all this again soon enough…