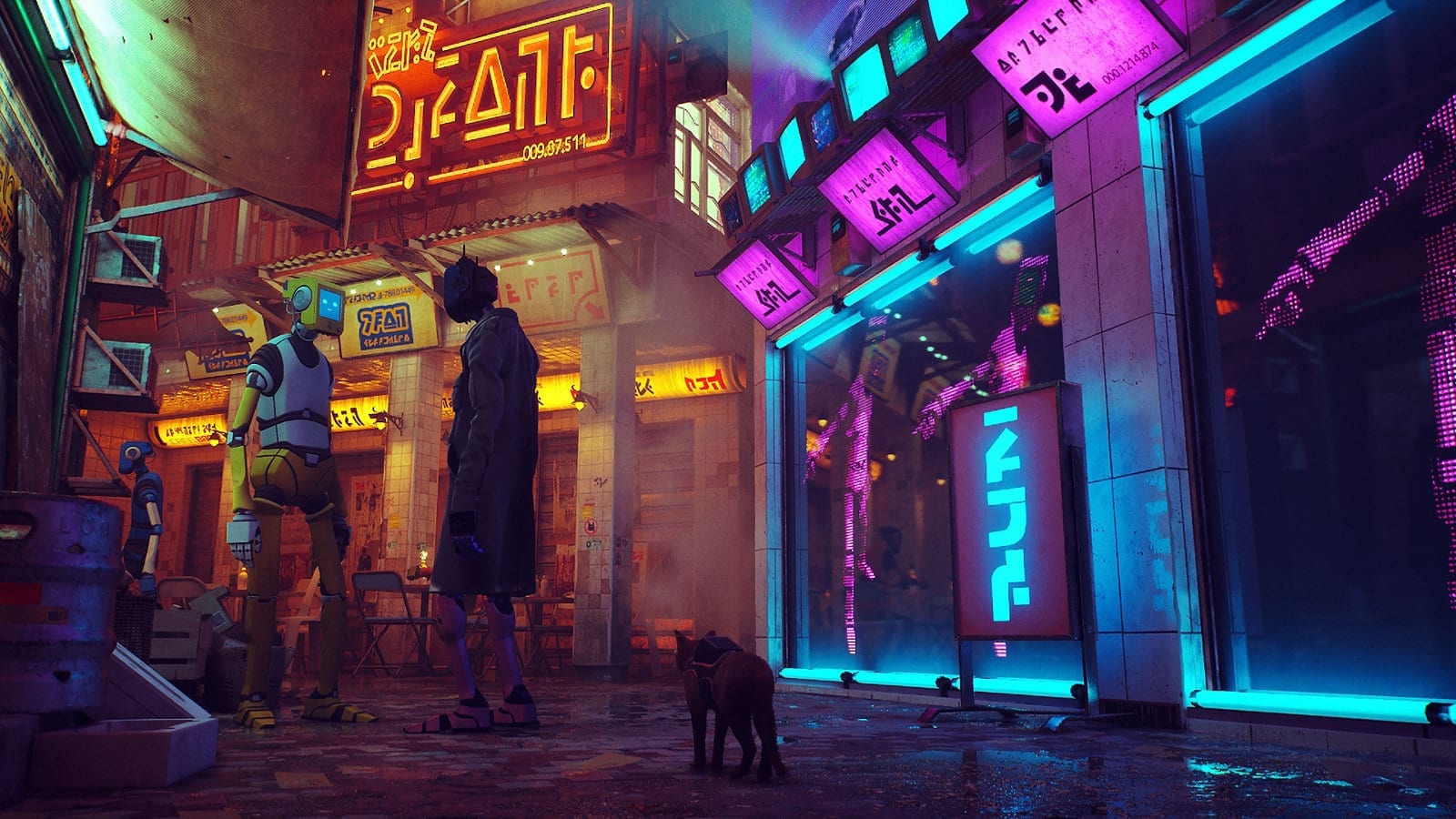 Earlier this year we were treated to our first look at Stray, the upcoming cat adventure game heading to PS4 and PS5 in 2021. Developed by BlueTwelve Studio, Stray made an impression when it was first revealed, and now we have the PS5 I’m here to remind you not to forget about this feline fantasy.

Stray takes place in a dystopian, cyberpunk-esque city, filled with “unassuming droids and dangerous creatures.” We’ll be playing as an unnamed ginger cat who makes friends with a “small flying drone, known only as B12.”

Together the duo must escape the cybercity and find their way home, avoiding the perils of the seedy metropolis they’ve found themselves in.

“Stray is a third-person cat adventure game set amidst the detailed neon-lit alleys of a decaying cybercity and the murky environments of its seedy underbelly,” says the game’s official description. “See the world through the eyes of a stray and interact with the environment in playful ways. Be stealthy, nimble, silly, and sometimes as annoying as possible with the strange inhabitants of this foreign world.”

Stray was announced back in June of this year, and it’s already amassed a number of adoring fans thanks to its unique style and, of course, because you can play as a cat.

The teaser trailer (which you can check out below) shows off some of the environments we’ll be seeing in the game, which looks a little like a futuristic Tokyo with more neon, less crowds, and lots of robots.

While we don’t know too much about Stray’s plot at this stage, it’s probably safe to assume that we’re in for a bit of a tear-jerker here. Put two lonely creatures (in this case, a robot and a cat) together on a mission and we’re probably going to see them either find a safe and happy home, or die, lost and alone.

Whichever it’s going to be, Stray looks phenomenal and we can’t wait to see how the game will take advantage of the PS5 tech. Will we get to live out our feline fantasises by having the DualSense recreate the padding of our paws on the streets? Only time will tell!

Stray is a PS4 and PS5 console exclusive, meaning it’s presumably headed to PC. Stray will release sometime in 2021.