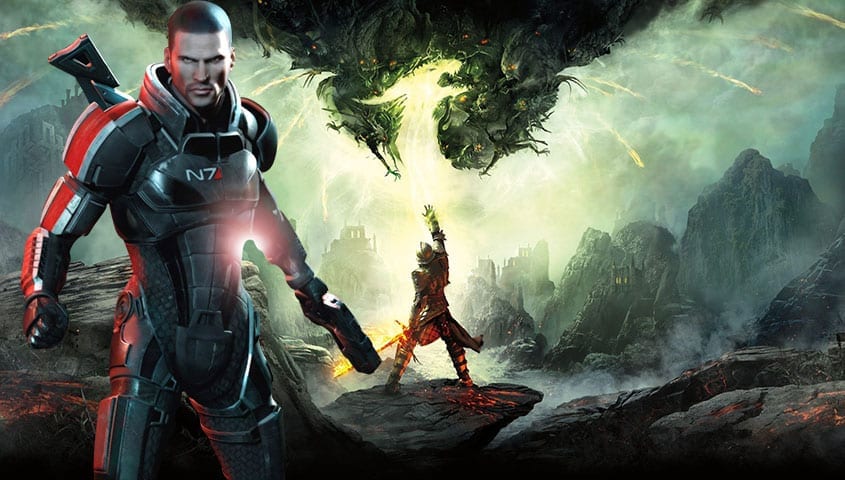 After more than 20 years with BioWare it has been announced that Mass Effect creator Casey Hudson and Dragon Age producer Mark Darrah will be departing the studio.

Between them, the two developers share over 40 years of experience with BioWare, with Casey Hudson being the creator of the Mass Effect series, and Mark Darrah working as a producer of Dragon Age since its inception.

In a statement released on the BioWare blog, EA’s Chief Studios Officer Laura Miele thanked the developers for their years of service.

“We strive for all of our studios to be places where talented creative people come to do career-defining work. A dimension of this ambition is that sometimes those people want to try something different. Casey Hudson, GM, BioWare and Mark Darrah, Executive Producer, Dragon Age are two of those people and they have decided to move on from BioWare,” said Miele.

Miele continued: “I want to personally thank Casey and Mark for everything they have done for the BioWare community, and particularly for our players. They will always be an essential part of the studio’s history, we appreciate their many contributions, and we look forward to seeing what they’ll each do next.”

Laura Miele then looked ahead for an exciting future for the BioWare studio: “When I think about BioWare’s future and the next generation of talent in place, I could not be more confident or optimistic.

“As we look to the studio’s future and the projects currently under development, the next generation of BioWare talent is leading the studio forward and working on some incredible games that I know you will be excited to experience in the coming years.”

Miele then revealed that while the search for a new General Manager at BioWare is currently underway, she confirmed that Samantha Ryan – who joined EA from Warner Bros – will continue to oversee operations at BioWare.

Additionally Christian Dailey who recently joined BioWare after leaving Activision Blizzard will take charge of the Dragon Age project which is currently in development.

In two separate statements released by the two departing developers, Casey Hudson said: “after nearly 20 years of work at BioWare, I’ve made the decision to retire from the studio and make way for the next generation of studio leaders.”

Hudson added: “I’m not sure exactly what that is yet, but I know that I want to start by rediscovering my creative passion through more personal work.”

In his own statement, Mark Darrah explained: “This has been a very difficult decision for me. The team of amazing developers on Dragon Age, make my life fuller and better. They have taught me so much. But the strength of the team is also what makes this possible. I know that Dragon Age won’t just survive without me, it will thrive.

Are you sad or excited to see Hudson and Darrah leave BioWare after so many years? Let us know by reacting to our Emoji’s below.