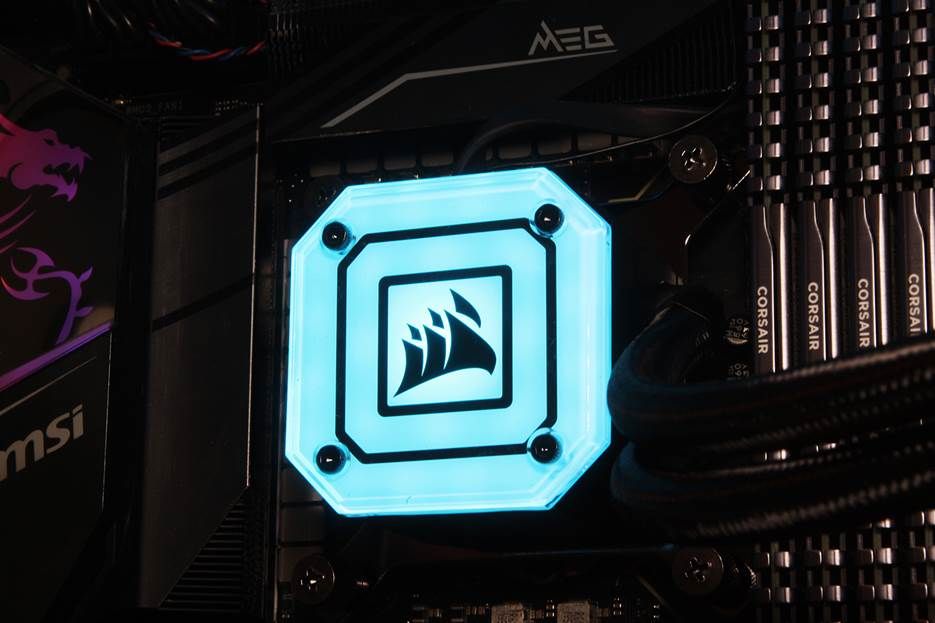 Components
July 18, 2021July 18, 2021 admin 0 Comments Capellix, Corsair, Elite, H170i, tech
Corsair’s history in the all-in-one liquid cooling niche goes back more than a decade and spans dozens of models, more than a few of which have graced our list of best AIO coolers. But the new H170i Elite Capellix is the company’s largest ever AIO, featuring a massive 420 radiator (3x140mm). Of course, it also sports a Corsair pump controlled by the company’s iCue system management and monitoring suite, along with a standalone Commander Core lighting and fan controller, plus a trio of ML140 RGB fans. As you might imagine by its size along the H170i Elite Capellix comes equipped to cool just about any desktop processor on the market today.

What about AMD Threadripper, you might ask?  Well sure, that also includes AMD’s high-end desktop (HEDT) chips for either TR4 Gen 1 and 2 or sTRX4 Gen 3.  We thought you might ask about that, so we have included comparisons for both our HEDT Intel i9 and AMD TR4 desktop testing systems as well.

If you’re after top-notch CPU cooling and your case supports a massive 3x140mm radiator, the H170i Elite Capellix offers up one of the largest AIO’s you can get your hands on today, with cooling capability commensurate to its bulk.  If you can fit it, get it.

Corsair ship the H170i Elite Capellix with a bountiful set of mounting hardware, for installation of this monster AIO on nearly every current-gen Intel and AMD desktop processor available today. Included with the usual assortment of plated standoffs, block adapters, backplate and threaded machine screws is the addition of an interchangeable faceplate and Commander Core lighting and fan controller.

Corsair covers the H170i Elite Capellix with a 5-year warranty.

At the beating heart of the H170i is Corsair’s current-generation pump, which is designed for lighting and monitoring to be managed by the Commander Core controller–although a 3-pin tach header exists for speed control of the pump itself.  The Intel mounting brackets come pre-installed, but these easily slide off to make way for AM4 or TR4/sTRX4 brackets.  A pair of 90-degree swivel fittings allow for tubing adjustment, while tubing itself is covered with braided nylon sleeving.

The pump comes with a pair of interchangeable faceplates–one black, one white–each allowing lighting effects to display through from the opaque pump face, showcasing 33 individual LEDs based on the design pattern of your choice. Removing the four Allen head screws to swap these is a snap (so long as you don’t misplace the wrench), even after the cooler is installed.

The H170i uses a copper block plate with an application of factory applied thermal compound.  This is more than enough for AMD AM4 and Intel CPU applications, but for Threadripper installs, you should seek out some of the best thermal paste to ensure more complete coverage.

Using a steel rule, we verified the base is milled flat for even thermal paste distribution under tension.

Intel processors center neatly beneath the H170i cooling plate, while Threadripper installs makes full use of the entire face of the block, although the block is still not able to fully cover the massive AMD HEDT processor.

The Commander Core control unit provides management of the fans, pump and lighting controls of the H170i, but can also manage a few additional 3- or 4-pin cooling fans or other devices compatible with Corsair’s iCUE system. The Commander Core is powered by a single SATA 12v plug and interfaces directly to a motherboard 9-pin USB header and has enough length to allow builders to tuck the control module away for a clean look.

iCUE software itself gets an update, with a more finished visual appearance and some new features which include whole-system ecosystem integration with other devices, as well as in-game lighting coordination for some RGB immersion.

Of course, the expected features such as graphing, lighting customizations, and custom performance pump and fan curves are included as a one-stop source for system monitoring and management.

A trio of 140mm fans make use of Corsair’s 4-pin RGB connectors for lighting control as well as 4-pin PWM for speed management. Rated up to 2000 RPM, they are designed to move a large volume of air through the 420 radiator and allow customization of the 8 individually addressable RGB LEDs per spinner.

While it might not look that intimidating, the 420 (3x140mm) radiator is substantially larger than your typical 360, making it the limiting factor for most installations, as many system chassis often do not support this radiator size. The aluminum heat exchanger looks and feels like the 360 unit from the smaller H150i Elite Capellix, with the exception of size.

Our Corsair Graphite 760T was just barely large enough to support the huge 420 radiator of the H170i.  Otherwise, installation is very straightforward and follows nearly all AIO steps of mounting the radiator, cooling block+pump unit and connecting all wiring, including the Commander Core management module.

With the H170i installed and running, installation of iCUE software grants us access to customize the fan curve settings, RGB lighting and opens the door for your specific customization needs.