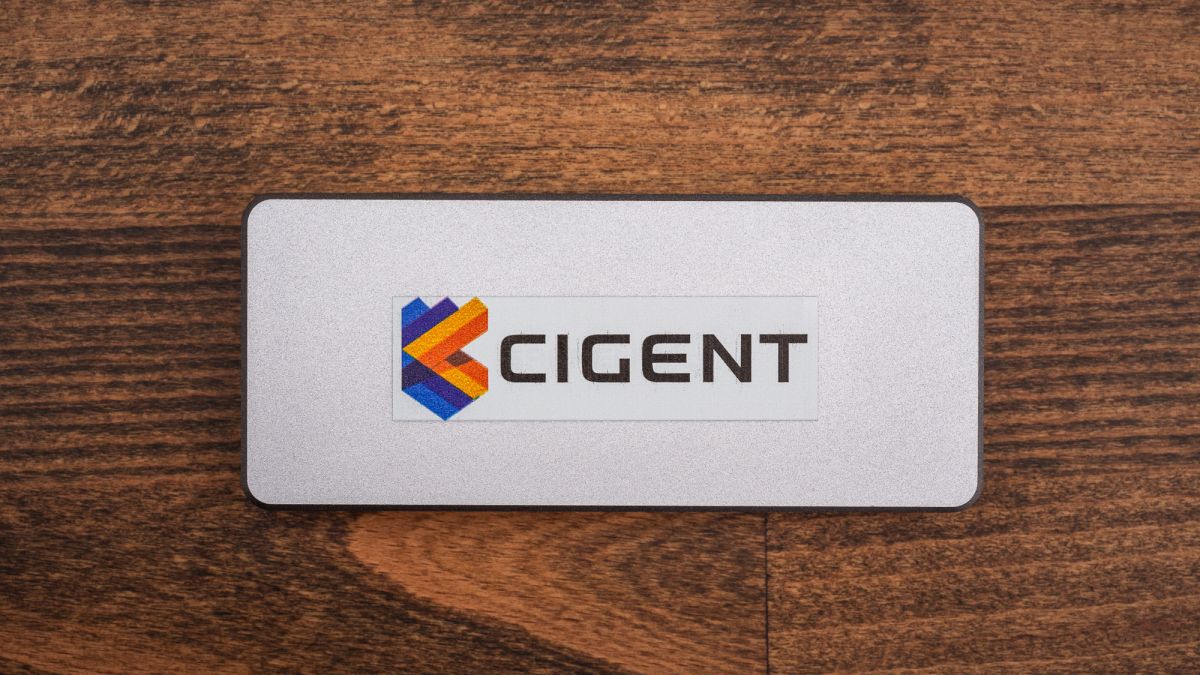 Data security is of the utmost importance to many professionals, especially those governed by regulatory requirements such as HIPAA, GDPR, GLBA, PCI-DSS, CCPA, etc. Those users must meet strict handling requirements and leverage encryption technologies to keep data away from unauthorized access. This is especially important with the precipitous rise in ransomware attacks.

Cogent is a data security company whose primary intent is to keep your data safe, and it has a portable SSD for those who not only need to securely store their data for compliance but who also desire responsive access for a smooth and speedy workflow. Thanks to an enterprise-grade SSD controller and paired with Kioxia’s BiCS4 TLC flash, the K2 offers complying performance, exceeding 1 GBps read/write in our testing.

On the security front, Cogent’s K2 Secure SSD offers a zero-trust and continuous authentication approach to defend against ransomware, placing protections as close to your data as possible. The K2 comes with special firmware and hardware-accelerated AES 256-bit encryption that works in conjunction with the company’s D3E software. Together, these technologies keep your data secure from ransomware without a detrimental impact on performance

The K2 Secure SSD is available in capacities of 480GB, 1TB, and 2TB, carrying sequential performance ratings of up to 1,000 MBps read/write. Cigent opted to overprovision the K2 a little more from the factory than most competing solutions for reliability and performance consistency, but the company only backs the hardware with a very short one-year warranty. This is even more difficult to ake given the extremely high price per GB. Our 1TB sample sells at $600, roughly double the cost of Samsung’s much faster, Thunderbolt 3-powered X5. To be fair though, the Samsung X5 is nowhere near as secure.

The main selling point of this SSD is its encryption support and software management. Currently, Cigent focuses on the Windows ecosystem, securing data with what the company calls its Dynamic Data Defense Engine (D3E), but the company is also working on macOS and Linux support.

Essentially, if the software detects any foul play or the PC is power cycled, it will kick K2 and the data offline until you log back into it. It can also capture data access logs for incident response. And the drive features TrueErase, which verifies all data previously stored has been erased after a wipe attempt, if you purchase and unlock D3E premium, too.

To take advantage of the encryption, the K2’s software requires you to configure a PIN as well as a password. Also, it forces you to create a backup key, which can be vital in case you forget your password. Using the default PIN authentication method is a bit cumbersome as it won’t accept keyboard input, only via mouse clicks. Alternative authentication methods like fingerprint and facial recognition are much less of an inconvenience.

Additionally, if for whatever reason you need to open the K2, it comes with a T8 Torx screwdriver and an extra screw, just in case you strip or lose one.

The hardware of the K2 drive was put together by Sabrent, which is evident in the case design and markings, as well as the company’s branding on the included cable. The cable is very long, too, measuring roughly 28 inches. It also comes with a USB Type-A to Type-C adapter.

The design is rather bland, with a low-quality printed brand label stuck on top, but is solid aluminium and has a sand-blasted finish that matches the aesthetic of most Apple computers. There is a power/activity light next to the USB Type-C port and the base features two rubber feet to keep the drive from slipping and sliding on most surfaces.

Internally, the K2 leverages an M.2 2280 double-sided form factor SSD based on Phison’s PS5012-E12DC NVMe SSD controller, and a JMicron JMS583 USB 3.2 Gen 2 to NVMe SSD bridge chip for communication with the host. The E12DC is closely related to the normal E12 that has made its way into many consumer SSDs, with a quad-core, 8-channel design operating at clock speeds of 666MHz, but differs in that it was developed for enterprise and data centre applications.

Additionally, our sample interfaces with two 4Gb DRAM ICs (1GB total) at 1,600 MHz and comes packed with Kioxia’s BiCS4 96L TLC flash. These flash dies to utilize a two-plane architecture and interface with the controller at speeds of 666 Mbps. With a very consistent latency profile and robust AES 256-bit encryption support, the controller pairs well for this portable SSD.

MORE: How We Test HDDs And SSDs