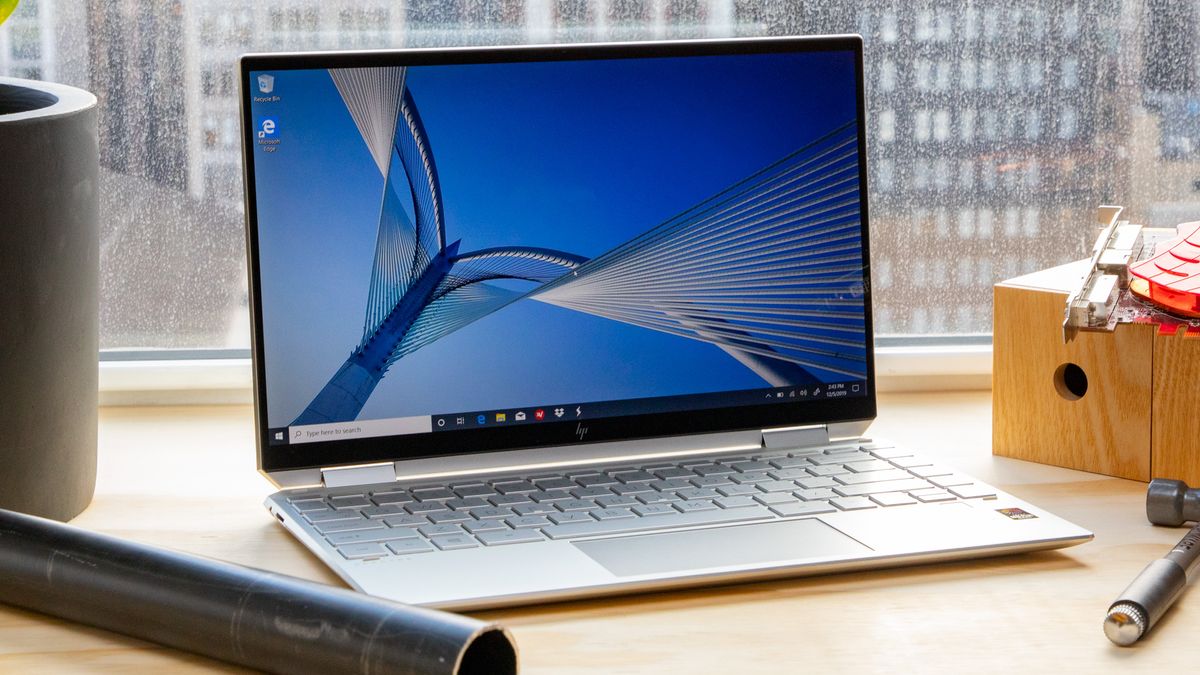 Whether you’re a student, a professional or just want to stay connected and productive, a laptop is one of the most important tools of the trade. But some are better than others, with wide differences in keyboards, battery life, displays and design. If you’re looking for a powerful laptop that easily fits in your bag and doesn’t break your back, you want an ultrabook.

The “ultrabook” moniker was originally coined by Intel in 2012 and used to refer to a set of premium, super-thin laptops that met the chipmaker’s predefined standards. However, just as many folks refer to tissues as Kleenexes or web searching as Googling, the term ultrabook commonly refers to any premium ultraportable laptop, whether it carries Intel’s seal of approval or not.

AMD recently released its Ryzen 5000-series laptop processors, and Intel’s latest are Tiger Lake H35 and U series chips. The picks on this list should be ready to run Windows 11 in the fall, should you be looking to upgrade from a system with an older, unsupported processor.

The Best Ultrabook (and 2-in-1) Overall

The HP Spectre x360 14 is everything a modern ultrabook should be. This laptop has an attractive design, but isn’t about form over function. It has both Thunderbolt 4 over USB Type-C, as well as a microSD card reader, all in a thin chassis.

But what really wows is the display. The 3:2 aspect ratio is tall and shows more of your work or web pages, and is also more natural for tablet mode. The OLED model we reviewed also offered vivid colors, though you would likely get longer battery life with the non-OLED, lower resolution panel.

The other big plus is the Spectre x360’s keyboard, which is clicky and comfortable. Sure, it’s no desktop mechanical keyboard, but for a laptop, it’s very responsive and feels great to use.

The Dell XPS 13 has long been celebrated for both its form and function. The laptop is tiny, but packs a punch with Intel’s Tiger Lake processors and adds some extra screen real estate with a tall, 16:10 display (many laptops have a 16:9 screen).

We also like the XPS 13’s keyboard, with a snappy press and slightly larger keycaps than previous designs. The screen is bright, and we shouldn’t take its thin bezels for granted, as Dell continues to lead on that front.

Admittedly, the XPS 13 is short on ports, opting for a pair of Thunderbolt 4 ports for booth charging and accessories. Its performance, portability and long battery life are likely to make up for that for those on the go.

M1 is powerful and fast

Apps just work, even if emulated

While some people may still want the power, large display and port selection of the 16-inch MacBook Pro, Apple has proved with the 13-inch version that its own home-grown M1 chip is capable of the needs of plenty of people. This is Apple’s first step in breaking away from Intel, and it is extremely impressive.

The 13-inch MacBook Pro runs cool and quiet, while the chip is faster than its competition in most cases. It’s also efficient and ran for more than 16 and a half hours on our battery test.

Many apps run natively on the Arm processor and those that don’t use Apple’s Rosetta 2 software for emulation. Even then, users will barely know that emulation is being used at all. Everything just works.

The big difference between the Pro and the Air, which also uses M1, is that the Pro has a fan. Those who aren’t doing intensive work may be able to save a bit and get a very similar machine by going with the Air, and they will get function keys instead of the MacBook Pro’s Touch Bar.

The 15-inch version of the Microsoft Surface Laptop 4 with the AMD Ryzen Microsoft Surface Edition is a portable productivity powerhouse with long battery life. If you’re looking for a good mid-size screen, it’s worth a look.

The custom AMD processor proved powerful in our benchmarks, and was optimized to bring about more than 12 hours of battery life on our test. While it’s based on Zen 2 cores, the processor has some tricks from the more recent 5000 series that helped it impress.

This design has been in use in some form for a while now, and the port selection seems meager, but if you like the magnetic Surface Connector, you’ll be glad to know it’s still here.

Microsoft’s 3:2 display is great for work as it shows more of your text, webpage, or vertical space on a spreadsheet. What this laptop lacks (its slow SSD speeds) it absolutely makes up with a display and comfortable keyboard that make it a joy to use.

The MSI GE66 Raider is a gaming laptop, and it’s saying it loud with a massive RGB light bar. It’s new look is aggressive, but it’s not just talk, with options going up to an Intel Core i9-10980HK and Nvidia GeForce RTX 2080 Super Max-Q.

For those looking for esports-level performance in games like League of Legends or Overwatch, there’s an option for a 300 Hz display.

And while it’s not the slimmest laptop around (or even MSI’s thinnest), it does feel remarkably portable considering the power inside, and  we can’t help but appreciate high-end build quality.

The Best Ultrabook for Work

Lenovo’s ThinkPads have always been favorites, and the ThinkPad X1 Carbon (Gen 8) continues that trend with a slim design, excellent keyboard and an excellent selection of ports to keep you connected to all of your peripherals.

If you get the 1080p option, you can count on all-day battery life (the 4K model we tested didn’t fare as well, but that’s often the tradeoff for higher resolution among ultrabooks).

Of course, the ThinkPad X1 Carbon also attracts one other audience: fans of the TrackPoint nub in the center of the keyboard.

No USB Type-A or HDMI ports

If you value ultraportability over all else, the ThinkPad X1 Nano takes much of what is great about the X1 Carbon and puts it in a smaller form factor. You get long battery life and an excellent keyboard, as well as a few other pluses. This laptop has a 2160 x 1350 display with a 3:2 aspect ratio, showing more of your work than some other ThinkPads.

The trade-off on this 1.99-pound laptop is that it’s lacking in ports, which some professionals may miss. It has two Thunderbolt 4 ports and a 3.5 mm headphone jack, but no USB Type-A or HDMI outputs.

But in terms of other usability, you lose nothing. It’s still an excellent ThinkPad experience (including the TrackPoint nub, if that’s your thing), but easier to carry around.

8GB of RAM in lower configurations

Asus has begun to refine the dual screen laptop. Sure, there’s a more powerful version, but for a laptop with two screens, this one is fairly light, and ran for over 10 and a half hours on a charge.

The keyboard and mouse placement are the big compromises, as there isn’t a wrist rest and they can feel cramped. But if you want two-screens, this is as good as it gets for now.

The Dell XPS 17 (9710) offers portability and power for those who need the biggest screen they can get on an ultrabook. It goes up to a 3840 x 2400 touchscreen display with a 16:10 aspect ratio, all with minimal bezels to keep your focus on your work.

Dell offers up to an Intel Core i9-11900H, though that’s in a limited configuration. We tested with a Core i7-11800H, which was plenty powerful. Dell also goes up to 32GB of RAM, 4TB of storage and either an Nvidia GeForce RTX 3050 or RTX 3060 GPU. In our benchmarks, the XPS 17 proved itself handily.

You get a similar design to the Dell XPS 13 or XPS 15, with a huge trackpad. Despite the extra size, there are only four Thunderbolt 4 ports, a headphone jack and an SD card reader, so you may need some dongles.

Finding Discounts on the Best Ultrabooks

Whether you’re shopping for one of the best ultrabooks or a laptop didn’t quite make our list, you may find savings by checking out our lists of the latest Dell coupon codes, HP coupon codes, Lenovo coupon codes, Best Buy promo codes or Newegg promo codes.