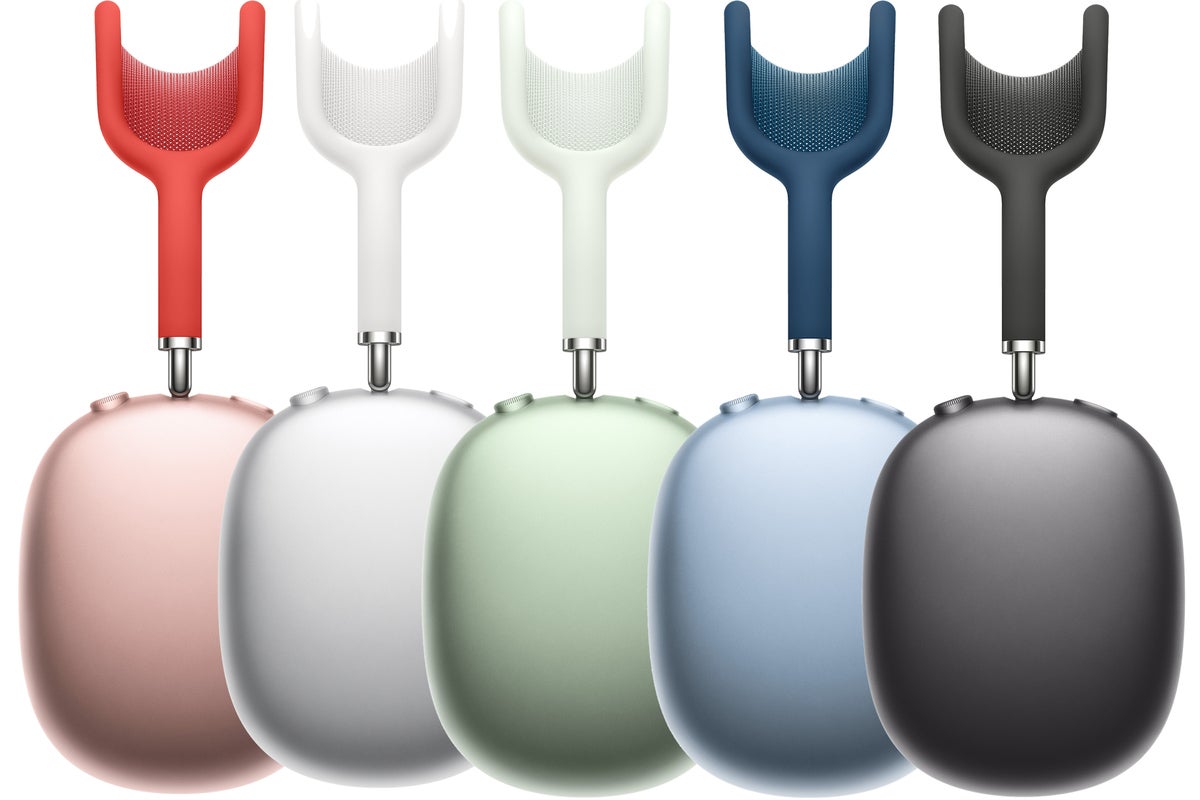 After many months of rumors, Apple today announced AirPods Max, the latest member of its headphone line that brings the technology of its popular AirPods earbuds to a new over-ear design to rival high-fidelity offerings from Sony, Bose, and Beats. And in a nod to Apple’s other ubiquitous wearable, the Apple Watch, the AirPods Max have a Digital Crown to control your music.

The new headphones, which come in five colors to match the iPad Air 4 and cost a whopping $549, include all of the features Apple has brought to the AirPods and AirPods Pro, including active noise cancelation, Transparency mode, and spatial audio. The somewhat large cups are wrapped in a “breathable knit mesh canopy” that spans the stainless-steel headband and is designed “to distribute weight and reduce on-head pressure.”

The ear cups aren’t customizable as was rumored, but Apple says they attach to the headband “through a revolutionary mechanism that balances and distributes ear cup pressure, and allows it to independently pivot and rotate to fit the unique contours of a user’s head.” A Digital Crown is affixed to the right cup to bring volume control as well as playback and other controls.

Like the second-gen AirPods and AirPods Pro, the AirPods Max are powered by Apple’s H1 chip to bring super-connectivity with low latency and lengthy battery life. Apple says the new headphones feature 20 hours of battery life on a single charge with noise cancellation and spatial audio enabled, but they don’t include a charging case. Instead, you get a soft Smart Case that puts the AirPods Max into an ultralow power state to preserve battery between uses.

While you can press the Digital Crown to activate Siri, the AirPods Max also support always-on Siri by voice control. They charge via a Lightning-to-USB-C cable but a power adapter is not included in the box. As with other Airpods models, they can be used as Bluetooth headphones with non-Apple devices but Apple warns that functionality is limited.

Apple does offer a Lightning to 3.5 mm Audio Cable for those times you want to connect the AirPods Max to a wired connection, like on an airplane. The cable can also be used to connect an iPhone or iPad with a Lightning port to speakers. It’s $35; you can find more affordable alternatives, such as this Apple-certified Lightning to 3.5mm Audio Stereo Nylon Cord that’s $8 on AmazonRemove non-product link.

The AirPods Max are available for preorder today for $549Remove non-product link and will begin shipping on Tuesday, December 15.

Update 4:20 pm: This article has been updated to add that the AirPods Max do support hands-free Hey Siri.