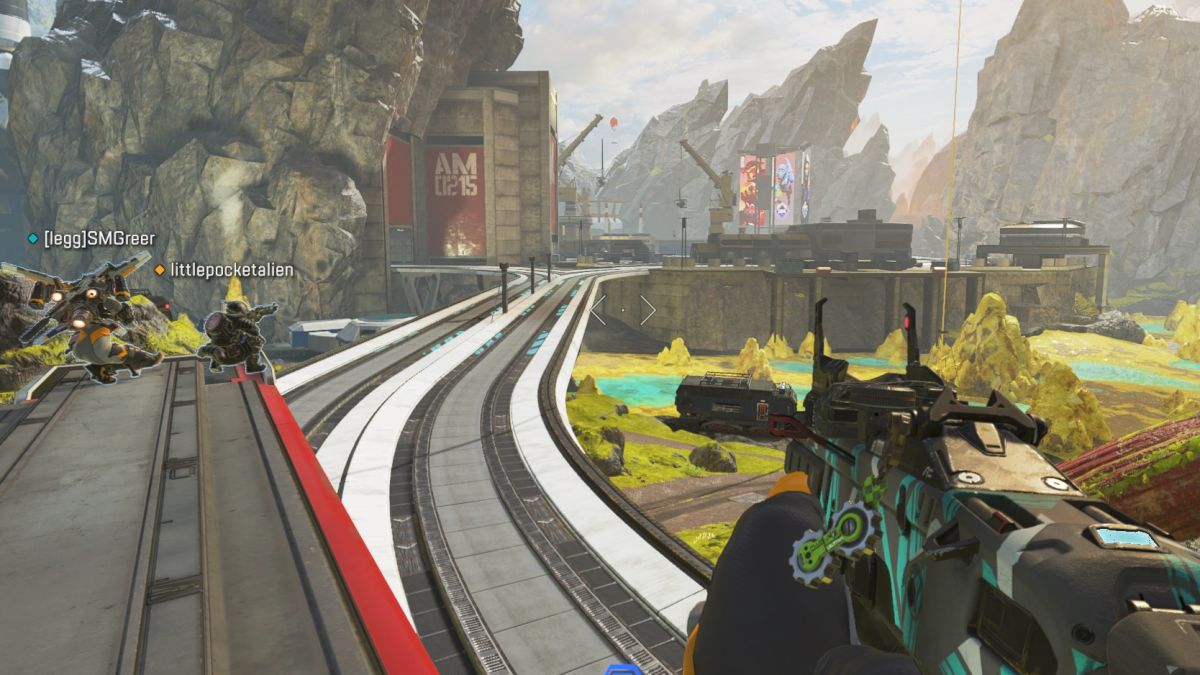 World’s Edge has taken a bit of a beating over the years. Apex Legends’ second map has been wracked by volcanic activity and broken apart by interstellar mining firms. But the worst thing to happen to the Icelandic arena, by far, was the removal of its public transport infrastructure.

With this month’s Genesis event, the original World’s Edge is back, train and all—and I’ve never been more convinced that Respawn should reinvest in rail.

We’re halfway through Apex Legends’ fortnight-long revival of two classic maps, letting us return to Kings Canyon and World’s Edge as they were first introduced. Both maps have changed dramatically—and while it’s novel to return to the game’s very first arena, it’s clear to see how King’s Canyon has been changed for the better. Skulltown, a notorious cluster of dense towers and shacks, no longer dominates the map as it once did, and once-barren areas have been fleshed out with more interesting focal points.

The same can’t be said for World’s Edge. While newer versions of the map arguably play better, they’ve also spoiled the region’s beauty. Crisp, blue skies replaced with a hellish storm, sweeping valleys trodden over with sterile, industrial structures. Worst of all, though, was choosing to turn off the train, leaving a railway littered with loose carriages and junk.

See, each Apex map has its ‘hot’ drops, locations where you’re guaranteed a packed fight. King’s Canyon had Skulltown, Olympus has Estates, even current World’s Edge has the clusterfuck at Fracture. But the beauty of the train was that it was always moving, carving a path across the map at high speed. Land on it, and you’d be sure to snag some high tier loot—assuming rowdy fellow passengers didn’t punt you off the side of the tracks.

For night after night after Genesis dropped, my pal (and occasional PC Gamer contributor) Sam Greer and I were set on booking a seat on the World’s Edge express. Every single drop was intense, half the match scrambling to get their hands on a dwindling loot pool, chalking up as many knockdowns as they could, before making a tidy exit. I’ll be honest, most of those drops ended in a swift departure from the match—but bloody hell, it’s a grand way to make an exit.

Fortunately, it appeared we booked off-peak seats in one particular drop. The train was a little less crowded, and our trio managed to clear the aisles and score window seats for the lot of us. Sam insisted we never leave the train, and luckily, we scored a random third player entirely willing to indulge. Forget victory, it was time to ride the rails.

See, after the drop, cleared of loot, the train still served a purpose in providing fast rotations. Each station it stopped at also summoned a fresh batch of decent loot. Every stop, we’d hop off and scramble for snacks (less chocolate bars, more R-301s), hopping back on when the whistle blew.

But more than anything, riding the rails across crisp valleys and volcanic plains was a delight. The locomotive picks up surprising speed, and there’s a particular thrill to tearing through the city, firefights erupting from tower blocks. The closing ring eventually forced us off the train, with some local brutes picking us off shortly after stepping off. We left the safety of the rails, and were rightly punished for it.

What the train brought to World’s Edge was character—character that, like the molten juice lying underneath those pastures, would be slowly strip-mined away as the seasons went on. Olympus is gorgeous, singular, and plays like a dream. King’s Canyon is getting on a bit, but still holds charm as a familiar stage dense with new locations. Between the two, World’s Edge as-is feels a little bland.

Season 9 of Apex Legends will come to a close within the next few weeks, and there are already (extremely speculative) rumours that next season will come with a fresh look for World’s Edge. Maybe they’ll get rid of those ugly harvesters, or bring some colour back to the sky. But what I’m really hoping for is a reinvestment in the region’s railway system.

Besides, it’s a long trek from Thermal Station to Refinery. Even Legends need to rest their legs.